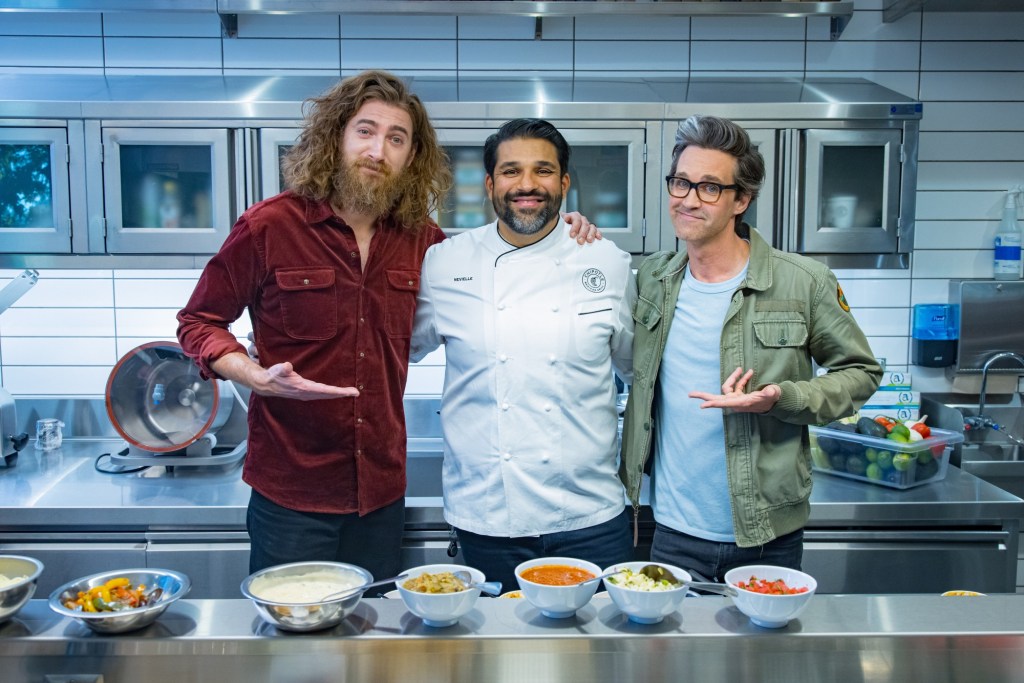 A new show on the Food Network will take viewers into Chipotle Mexican Grill’s headquarters in Newport Beach.

“Inside Eats with Rhett and Link” will debut at 10:30 p.m. Sunday. It will also stream on Discovery+.

Rhett and Link, also known as Rhett McLaughlin and Link Neal, are a comedy duo with a YouTube channel that has nearly 5 million subscribers.

“We taste stuff,” they say in a 90-minute promo on their Food Network webpage. “But now we have questions. We’re searching for answers behind the top-secret doors of America’s favorite food brands.”

At Chipotle they will explore the menu and make a batch of guacamole, a task earlier documented by Oscar-winning filmmaker Errol Morris in a 2019 series of commercials called “Behind the Foil.”

Later episodes of “Inside Eats” will focus on other Southern California brands, including the Cheesecake Factory, based in Calabasas; Los Angeles-based Coolhaus ice cream; and El Segundo-based Beyond Meat.