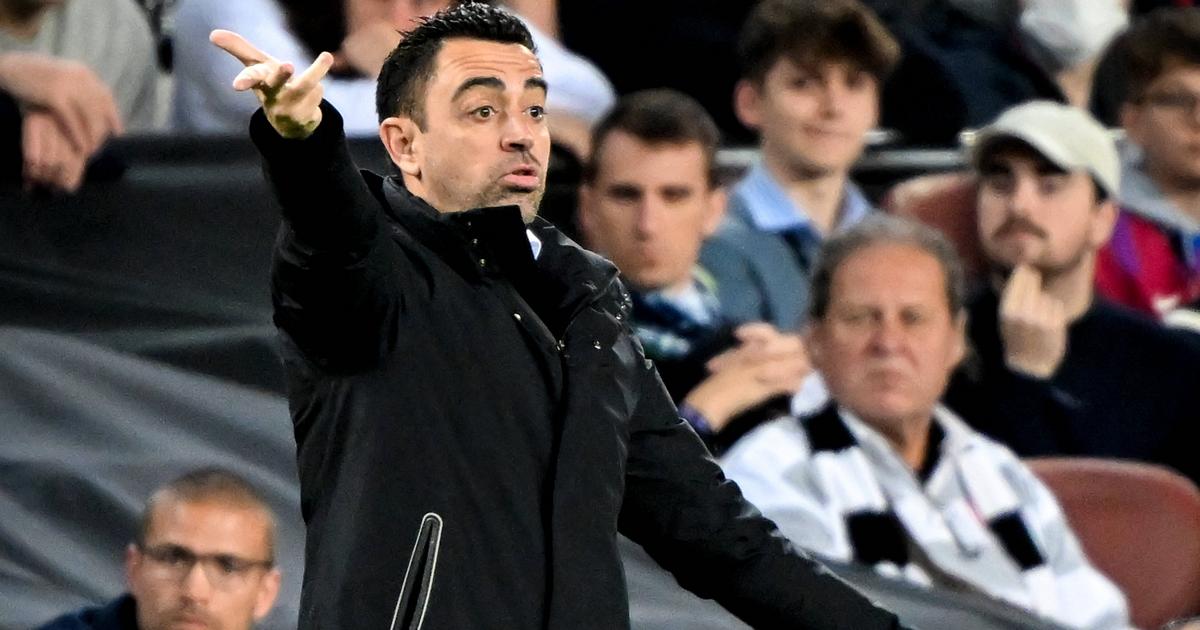 Barcelona fell to a shock 3-2 defeat on the night and 4-3 overall after Frankfurt raced into a 3-0 lead in Spain courtesy of a Filip Kostic brace either side of a Rafael Borre’s 36th-minute effort.

As the Catalans took on their German opponents at the Camp Nou with a semifinal berth on the line, it was apparent that there were thousands more Frankfurt fans in the stadium which could have given the visitors an emotional advantage.

Speaking during his post-match press conference, Xavi acknowledged that there were more Frankfurt fans in the stadium than he expected.

The Spanish manager suggested that it might be a miscalculation on the part of the club as he was expecting at least 70,000 Barcelona fans in the stadium.

Xavi said: “The atmosphere has not helped us, it seemed like a final with divided fans. The club is checking what has happened, it has been a miscalculation on our part.

The Barcelona manager quickly congratulated Frankfurt for progressing to the last four of the competition, stating that the Blaugrana team did not play as they did in other big games.

Xavi admitted that the aim of the Barcelona squad for the rest of the season would be to qualify for next season’s UEFA Champions League after being knocked out of their last chance for a silverware.

“We haven’t known how to attack well, we haven’t played like in other games. It’s a very big disappointment,” Xavi explained.

“I would like to congratulate Eintracht Frankfurt because they deserved it. The goal for the remainder of the season is to qualify for the Champions League.”

Barcelona are 12 points behind Real Madrid in the La Liga standings with a game in hand after 30 league matches.

Despite climbing up the log rapidly since Xavi took charge of the Catalan side, a 12-point gap might be too huge to fill with only seven matches left for Real Madrid.

The 2021/22 season will mark the second consecutive season that Barcelona have gone trophyless after failing to win any silverware during the 2020/21 season also.