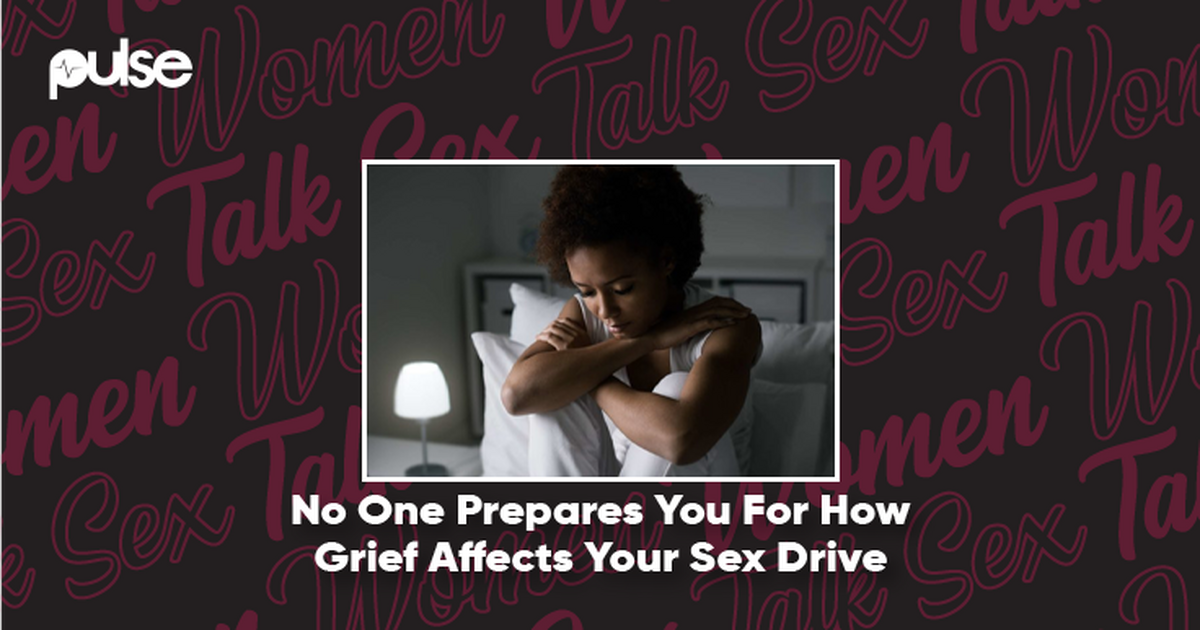 The subject of this week’s #WomenTalkS3xByPulse speaks on grief, loss and sexual appetite. At 22, she didn’t see her dad’s death coming, nor did she expect its effect on her to be so far-reaching that 10 months later, she still can’t bring herself to be intimate with anyone… not even herself.

I’d love to hear about your first time

I was 11 when it happened and it was with one of our neighbours. He was a year older and it was just plain old curiosity. You know how these things are.

How would you say your approach to sex has changed between then and now?

Well, I’ve had a lot of struggles, to be honest. There were times when I tried to stay off sex and there were times I didn’t mind getting some and there just wasn’t anyone to do it with. But overall, I would say that I have learned to be more in control than I was… say three or four years ago.

So, I used to be so big on having guys beg me for sex. Like, no matter how interested I was in getting down with you, I’d pretend to not want sex until you begged for it. It’s weird I know, but it was just my vibe. I guess you can call it my kink.

Well, since you brought up… do you think maybe you are a dom?

I used to want to think so but maybe it was just a messed up mentality I picked up about sex.

I guess it was just me not wanting to put out so cheaply. I know… that’s so lame but I was young and in some way, it made me feel good about myself that at least, they begged and begged for it. But I know better now.

Yup. I realised how bad it was for consent and the whole healthy sex life boundaries and all. I mean, I want it, why do I have to go through that ritual to make it look like it was only the man’s idea? Sex is a two-sided thing, abeg. I hate that I felt cheap for wanting to actually do it.

And where do you think that idea came from?

To be honest, I don’t know. I guess as a woman, you just pick up a lot of shaming that you unconsciously imbibe. Wanting to have sex is not frowned upon in guys as it is in babes. Those things have a way of messing with your head.

No lies there. What’s your sex life like at the moment?

So I lost my dad 10months ago and I have not done anything since then. I even fear that I may have permanently lost my sex drive because… I’ve had no desire whatsoever since then. And I don’t think that will change anytime soon.

For my dad or for the lost sex drive?

Oh, God. For your dad definitely

Ok. I am sorry about your dad and now that you mentioned it, I’m sorry for your current condition as well. Are you doing anything about it?

No, not really. I have read a bit about it though, and it appears to be a common occurrence. Clearly, no one prepares you for how grief might affect your sex life so it’s been such a shocker and a rollercoaster thing. I mean, I was close with my dad and his death was the last thing I expected when it happened. The man was only 50 and so full of life. One day, you’re at your boyfriend’s place gisting with your funny dad, the next morning you are being told that he didn’t wake up. Man, it wasn’t funny at all. I didn’t take his death well. So in a way, I can understand how badly it affected me up to the point of my sex life.

That sucks and I’m so sorry to hear about him

Do you have any support, talking to anyone about this?

LOL. This question reminds me of the time after my dad’s burial when I returned to school and went to my man’s place so at least, I could have moral support. Mind you, I was still pretty beat up about the whole thing. Can you please tell me why this man was prodding me with dick on the 3rd night?

LMAOOO. It would have been funny if it wasn’t so crazy to me then. Baba said a good orgasm can help me take off the edge and stress. I was just weak. You men are just so somehow.

LOL. He’s such a cute guy sha. And I must be honest that he was a gentleman and he didn’t push or force anything. And he was really, really nice all through that period, he had my back solidly, I appreciate him for that. Can’t blame the man for wanting to cop his orgasm.

He’s been supportive through this period, I hope?

He was for 4 months. We broke up when he could no longer hold it. Going from having sex 2-3 times a week to nothing in 4 months is insane. So I had to tell him that I just wasn’t ready for sex and I’d understand if he wanted out.

It’s actually OK. Can’t blame him because I think I’d have done just the same.

Liked this edition? There’s more where it came from. Just click HERE and check back every Friday for more stories.