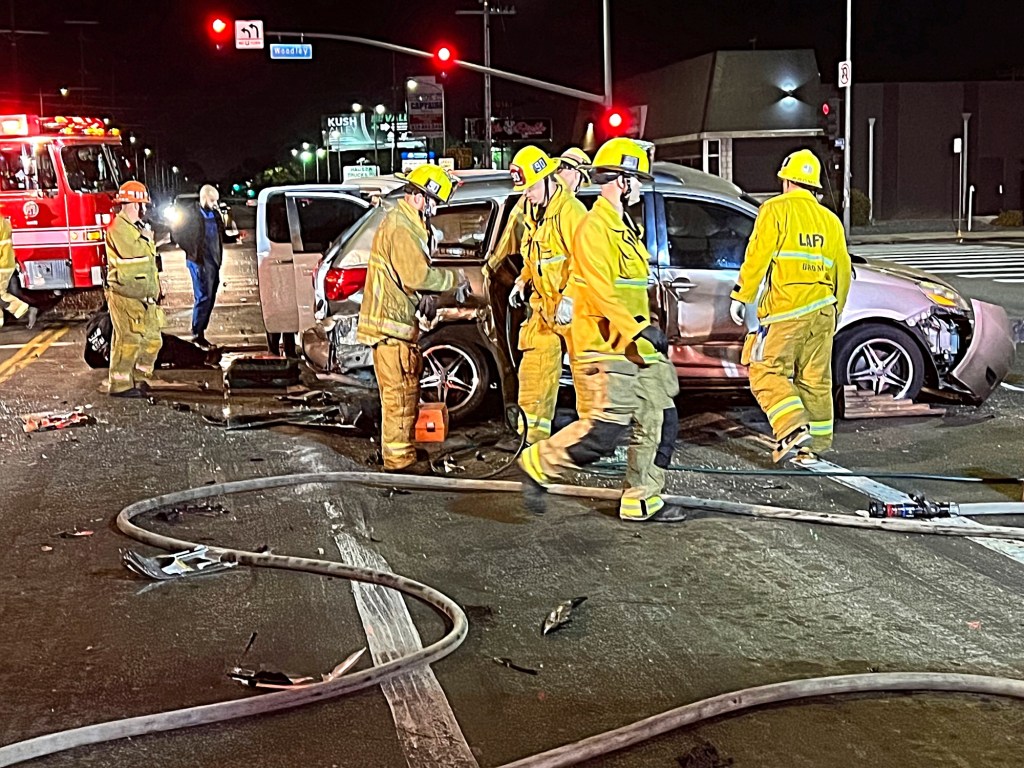 A woman was killed in a crash early Thursday that involved several vehicles, including a fire truck.

Around midnight, a vehicle was heading east on Roscoe Boulevard when the driver apparently ran a red light and struck a vehicle at the intersection at Woodley Avenue, according to Officer Norma Eisenman, a spokesperson for the Los Angeles Police Department. The driver then continued east before colliding with another vehicle that subsequently hit a third vehicle and a Los Angeles City Fire Department fire truck.

A 76-year-old woman in the second vehicle that was struck was taken to a hospital, where she died from her injuries. Her identity was not immediately available pending notification of family.

No firefighters were injured in the crash.

Information on the driver that caused the crashed or other injuries were not available Thursday afternoon, and no arrests had been made, Eisenman said.