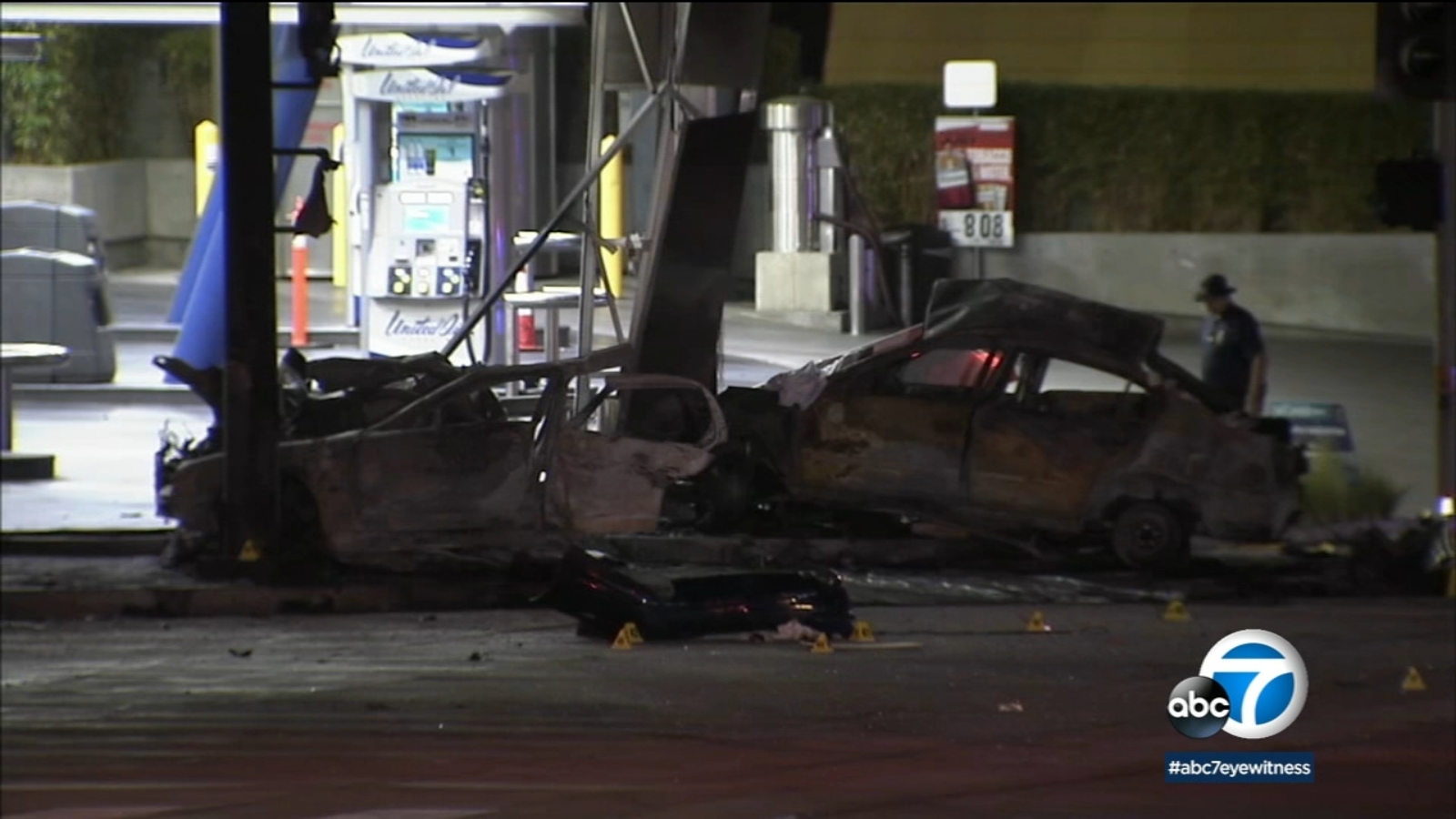 WINDSOR HILLS, Calif. (KABC) — Officials on Friday released the names of two of the victims in a fiery crash that killed six people, including a pregnant woman, after speeding car ran a red light and plowed into cars in a crowded intersection in Windsor Hills.

Coroner’s officials identified the pregnant woman as Asherey Ryan and her unborn son.

Shortly after 1:30 p.m., a Mercedes-Benz sedan caused a crash involving as many as six cars near a gas station in, according to the California Highway Patrol.

Several people were ejected from the cars and two vehicles caught fire. News video from the scene showed the charred and mangled cars, as well as a child’s car seat among the debris covering the street.

Surveillance showed the Mercedes careening through an intersection, striking at least two cars that exploded in flames and were sent hurtling onto a sidewalk, winding up against the gas station’s corner sign. A fiery streak led to one car. One vehicle was sheared in half.

“It looked like the whole intersection from corner to corner was on fire,” said witness Harper Washington. “A lot of sparks and electricity. I was under the impression that, really at first I thought they dropped a bomb on us. I thought another world war had started. Then I realized it was a car into the sign.”

“Once the fire went away and the booming left, I realized it was two cars there. You could see the people on fire and that’s just sad. I really pray for the people and the community.”

Bystanders tried to help but had trouble dealing with the flames.

Witness Alfonso Word choked up as he described seeing the pregnant woman and a child after the crash.

“It hurts. It does,” Word said. “Because I have a grandson. I know people that have kids. For a mother to be pregnant … that child never had a chance.”