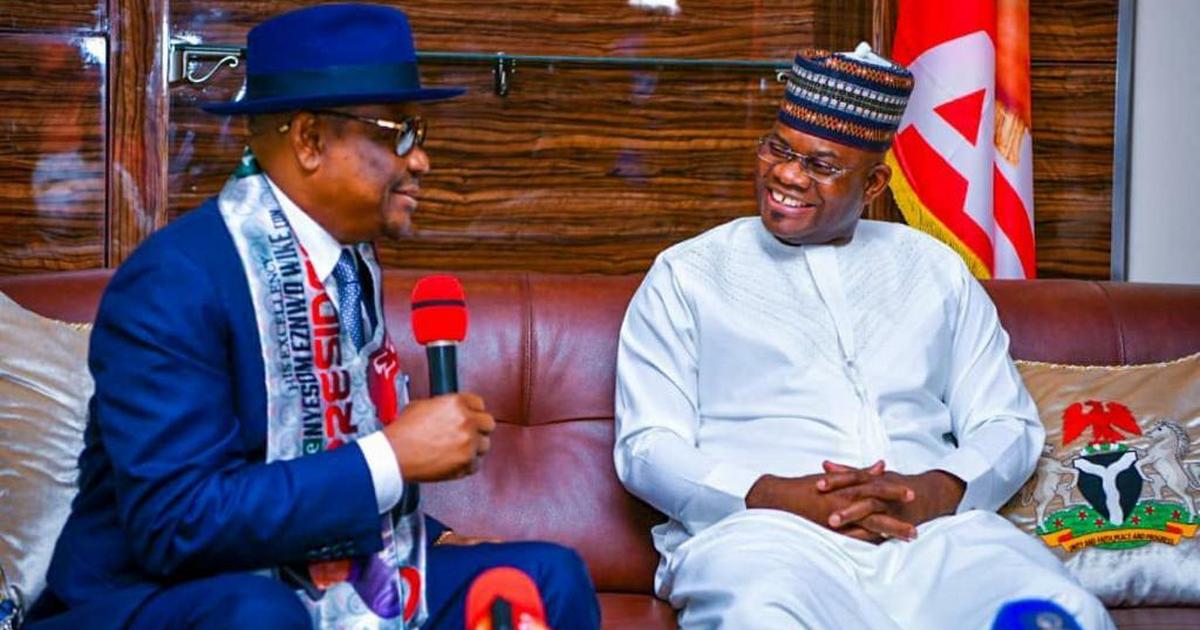 He gave the commendation on Wednesday when he paid a courtesy visit on Bello at the Kogi governor’s residence in Lokoja.

The News Agency of Nigeria (NAN) reports that Wike was in Lokoja as part of his ongoing consultation with delegates of the PDP to solicit their support, to enable him win the 2023 presidential ticket of the party.

Wike, however, noted that it was right for him to pay a visit on the governor notwithstanding the party differences, adding that political parties were just vehicles to convey individuals to power.

“Involving youths in governance is not just sending them to the social media for the campaign but engaging them in active governance the way you are doing here so, I commend you for what you are doing,” Wike said.

Bello in his response, thanked Wike for recognising his administration’s quest and efforts to mentor the younger generation.

Bello urged the visiting governor to tour the state and witness the developmental strides of his administration in Kogi.

He also urged Wike to interact with his party members and residents to ascertain the state of affairs in Kogi.

“Politically, prior to my administration, there used to be rancor amongst political parties in Kogi.

“But in my watch, the APC, PDP and all other political parties are cohabiting and living in peace with one another,” Bello said.

Bello also noted that he was in the presidential race to build on the successes and achievements of President Muhammadu Buhari, despite the sabotage from within and outside.

Bello, however, assured that his leadership as the president of the country would sustain the momentum of the Buhari’s administration.

He appreciated Wike for his respect and appreciation of President Buhari, despite the challenges faced by the country.

Bello added that he was also certain the PDP presidential hopeful would throw his weight behind him in support of the younger generation’s desire to lead the nation.