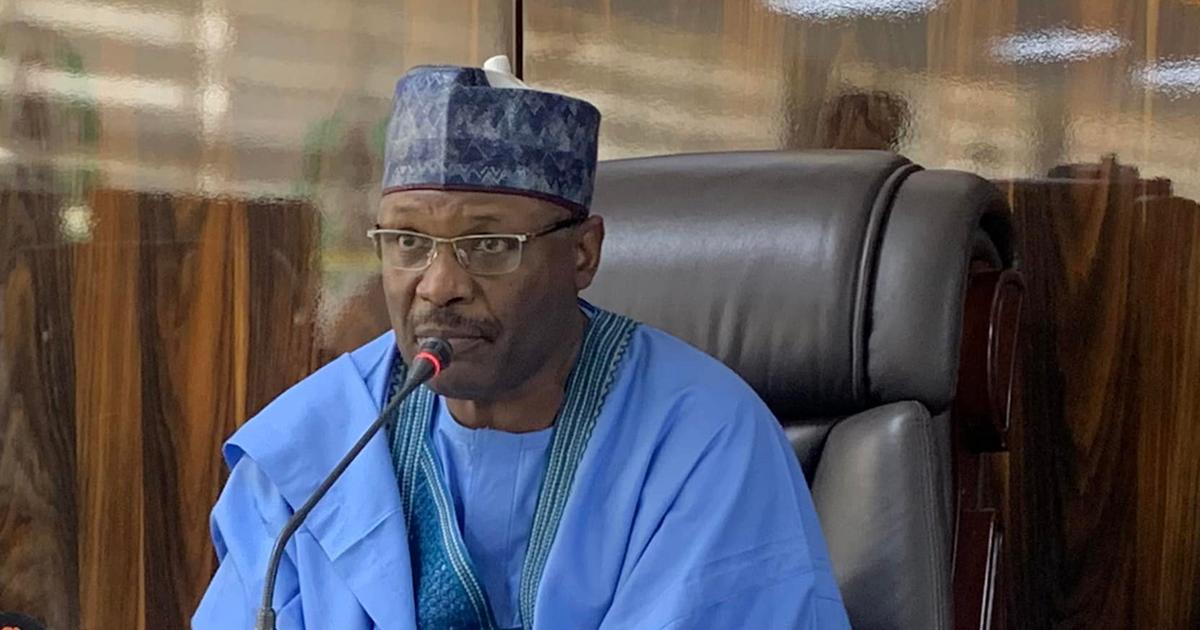 According to him, the commission is encouraged by the response of citizens to the ongoing Continuous Voter Registration (CVR) exercise, as it has recently devolved physical registration beyond the state and local government offices nationwide.

“Millions of Nigerians have registered so far and we have been giving weekly updates of the progress of the exercise for the last nine months.

“The commission is aware that new registrants as well as those who applied for transfer or replacement of the Permanent Voters’ Cards (PVCs) will like to know when the cards will be available for collection.

“The reason why we have not made the PVCs available is because of the robust system of cleaning up the registration to ensure that only genuine registrants are added to the voters register using the Automatic Bimodal Identification System (ABIS) for fingerprint and facial clean up.”

The chairman said that INEC had completed the ABIS for the first and second quarter of the CVR, adding that the commission would meet next week and detailed dates and locations for the collection of PVCs would be announced.

On the importance of the retreat, he said that the burden to conduct free, fair, credible, acceptable and inclusive elections was upon the commission, hence the need for each commissioner to be ethical and knowledgeable.

Yakubu disclosed that INEC now had full complement of 12 National commissioners, adding that the retreat would enable the new commissioners learn a lot, especially with the coming to force of the new Electoral Act 2022.

“The commission has introduced a number of new innovations that it needs to perfect ahead of the general election, hence the need to continuously engage with citizens and stakeholders.

“However, while these innovations and stakeholder engagements are critical to preparations for elections, we should bear in mind that equally critical to the conduct of successful elections is our credibility as election managers.

“Our impartiality, dogged adherence to rules, commitment to the sanctity of the ballot and sound knowledge of the electoral process are also critical.

“This retreat is important, especially coming shortly after we released the timetable and schedule of activities for the 2023 General Election in which party primaries are scheduled to commence next week and end on the first week of June, that is between April 4 and June,” he added.

Yakubu reassured Nigerians of INEC’s commitment to credible polls in 2023, saying that the commission had concluded work on the Strategic Plan 2022-2026 and Election Project Plan for the 2023 general elections.

According to him, very soon, INEC will finalise work on the Regulations and Guidelines for elections taking into consideration the provisions of the Electoral Act 2022.

“The three documents will be published and presented to the public next in April.

“May I also seize this opportunity to reassure Nigerians that we have identified the challenges associated with the Bimodal Voter Accreditation System (BVAS) during voter accreditation,” Yakubu said.

He said that in the recent bye-elections in six constituencies in four states of the federation across four geo-political zones, the BVAS functioned optimally in rural, sub-urban and urban areas of Cross River, Imo, Ondo and Plateau.

The INEC chairman said that the commission received no complaints from voters and no reports of glitches from observers in these bye-elections.

He assured that INEC would continue to perfect the system in the forthcoming bye-elections and the end of tenure for governorship election in Ekiti on June 18 and Osun on July 16.

“Very soon, we will roll out the plan for achieving a more balanced distribution of voters to the polling units.

“As always, we will engage with stakeholders across the board to ensure a more participatory approach so that the exercise is seamless and voters will have a more pleasant experience at polling units on election day.”

Speaking, Mr Festus Okoye, INEC National Commissioner in charge of Information and Voter Education, said that the training became important because some of the new national commissioners were coming from different backgrounds and walks of life.

“It is important for them to know the workings of the commission and ethical issues.

“We have no time to waste, they need to move to the states where they supervise to get acquainted with the operations of the commission, especially at the state and the local government levels,” Okoye said.

In his goodwill message, Mr Seray Jah, Nigeria Country Director, International Foundation for Electoral System (IFES), said that since 1998, IFES had remained a strategic partner with INEC and had offered technical support on key areas.

He said the collaboration between IFES and INEC had positively contributed to INEC’s ability to conduct credible elections.

Earlier in his welcome address, Mr Olusegun Agbaje, the Resident Electoral Commissioner in Lagos State, said that INEC as the gatekeeper of democracy could not but be seen to always be striving to surpass the standard it had set for itself over time.

Agbaje said: “Though we may feel (and correctly so) that we are still in the Green Zone of preparations for next year’s polls, we may soon discover that time is no longer on our side if the right things are not done at the right time.

The News Agency of Nigeria (NAN) reports that the training had in attendance, all INEC national commissioners, directors, and resource persons such as the former INEC Chairman, Prof. Attahiru Jega; the Chairman of the Electoral Commission, Ghana, Dr Kwadwo Afari-Ryan; and the Senior Fellow, Centre for Democracy and Development, Prof. Jibrin Ibrahim.