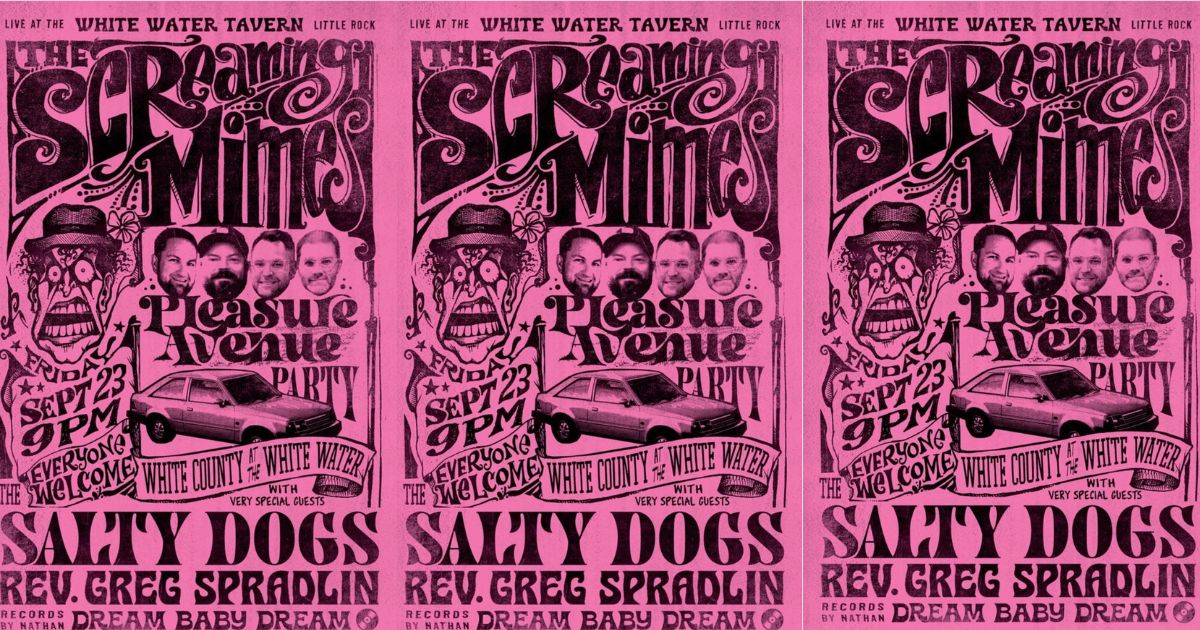 My first concert was either John Denver in Branson, Missouri (I fell asleep) or The Screaming Mimes at a 6th grade dance at Southwest Middle School in Searcy circa 1992. I remember a small crowd of assholes stood off to the side of the show with their thumbs in their mouths, middle-school-ese at the time for “this sucks.”

But even then, when the members of the band must have been in 9th or 10th grade, they definitely didn’t suck. They had memorably weird and catchy lyrics about eating chili dogs and going to the grocery store (“loaf of bread, a quart of milk, a stick of butter”) and girls with weird teeth. They leaned heavily on the wah wah peddle. And they exuded a cool that was fairly rare for Searcy in the ’90s.

As they continued through high school and through a bit of college, the band (Isaac Alexander, Rob Bell, Aaron Brister and David Shedd) only got better and bigger. Alexander, who with Bell is one of the principals in the Little Rock ad firm Eric, Rob and Isaac, created a memorable band logo, a deranged Joker-looking screaming mime. Just about everyone I knew in Searcy had a T-shirt.

This year marks the band’s 30th anniversary. They’ve reunited occasionally over the years, but 30 years provided an impetus for them to go into the studio and record a new album, “Pleasure Avenue,” and play a pair of shows this weekend. Friday, Sept. 23, at White Water Tavern and Saturday at Get Down Downtown in Searcy.