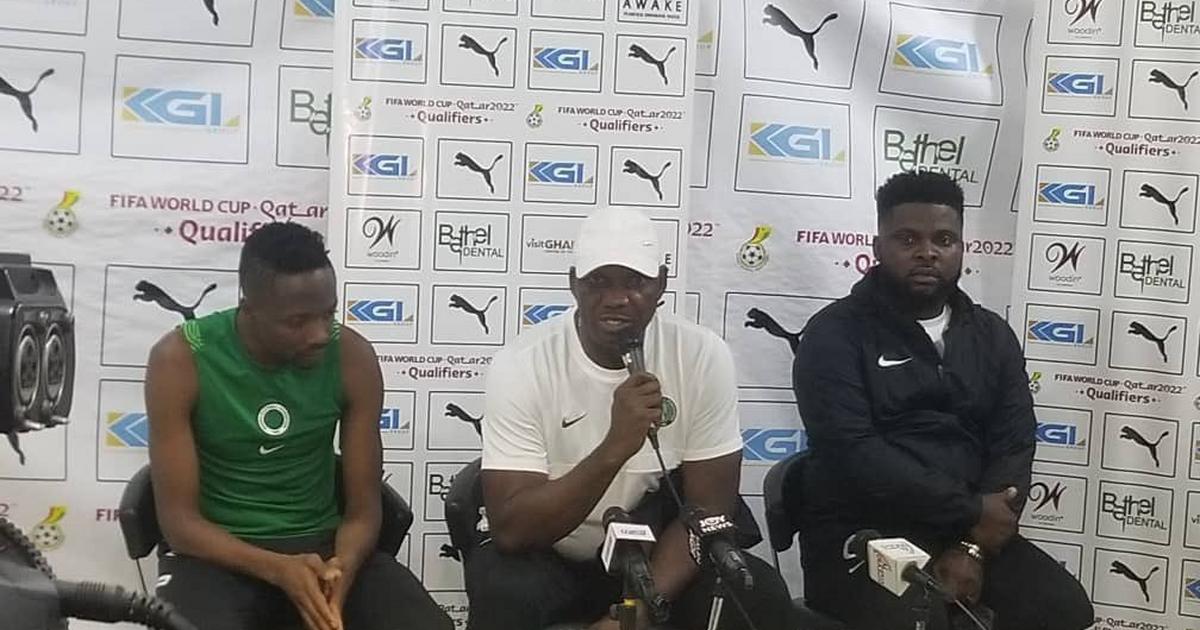 The Super Eagles secured a decent result in the first leg of their 2022 World Cup playoff clash against their West African rivals and will be looking to finish the job at home on Tuesday.

Although with no away goal, the tie remains firmly in the balance. But Eguavoen believes the three-time African champions are almost at the finish line.

Speaking in an interview after Saturday’s recovery session, Eguavoen revealed the players are in high spirits and know they have the advantage.

When asked about the current situation with the players, Eguavoen said: “In high spirits, we are more than halfway through, the boys they know it.

“I had a word with them a while ago, you know I doff my hat for them, and I’ll continue to do that because they were resilient.

“They worked hard in such an atmosphere, so I think it was a fair result.

“It was a very good result we got, not fair,” he said.

The Super Eagles will host the Black Stars at the Moshood Abiola Stadium in Abuja on Tuesday, with the winner joining four other African countries at the 2022 World Cup in Qatar later this year.