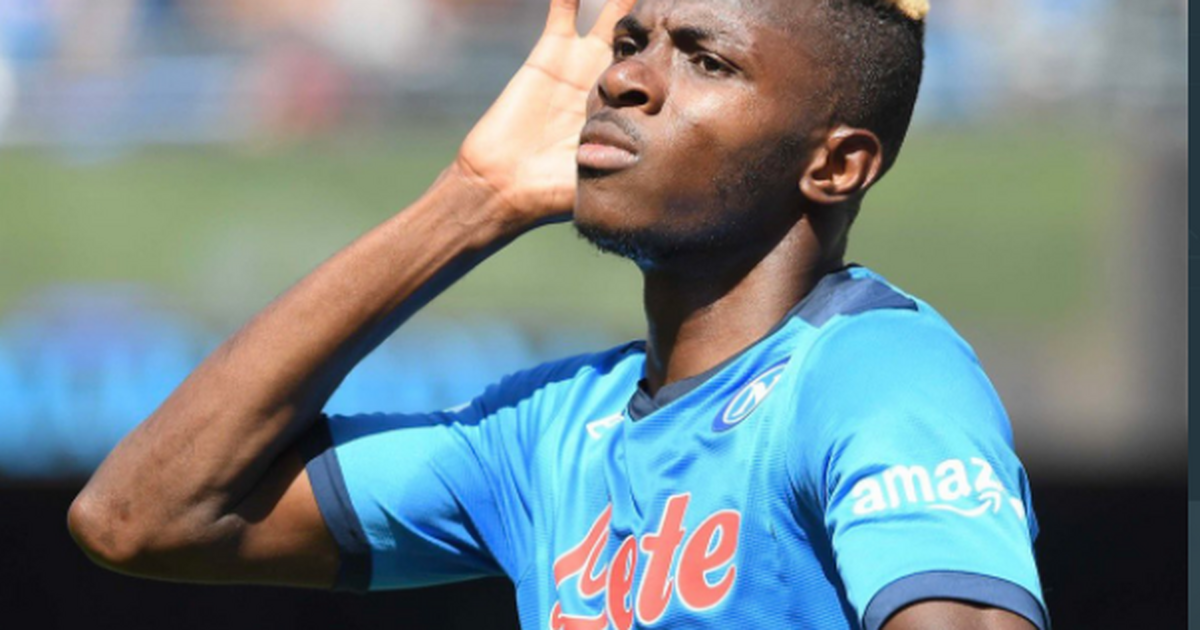 Victor Osimhen is hard at training with Napoli as they prepare to fight for the Serie A and Champions League titles this season.

Osimhen has reacted to all the rumours linking him with a move away from the Diego Armando Maradona Stadium in Naples.

The 23-year-old has been a subject of intense transfer speculation ahead of the new season with some of Europe’s biggest clubs on his heels.

The likes of German champions, Bayern Munich, and Premier League giants, Manchester United and Chelsea are some of the club said to have registered their interest in taking the Super Eagles star away from Italy.

He has also been linked with a move to North London club, Arsenal.

I am going nowhere – Osimhen

In a chat with Italy-based Corriere dello Sports, Osimhen reaffirmed his commitment to Napoli and confirmed he will be at the club next season.

“Offers? I am at Napoli,” Osimhen stated per CdS via Tutto Napoli.

“I have great respect for my club. I have experienced very difficult moments, even private ones but Napoli is me always being close and this is one of the reasons why I’m here. So I play for the club and the team and never for myself.”

I deserve the hype – Osimhen

While Osimhen isn’t looking for a move away from Naples and has confirmed he will stay, he is flattered by the interest in him.

The Nigerian international added that he deserves the hype and good things said about him.

“I think I deserve the hype and the good things that are said about me,” he added.

“(I want) to be able to improve even more in many aspects .”