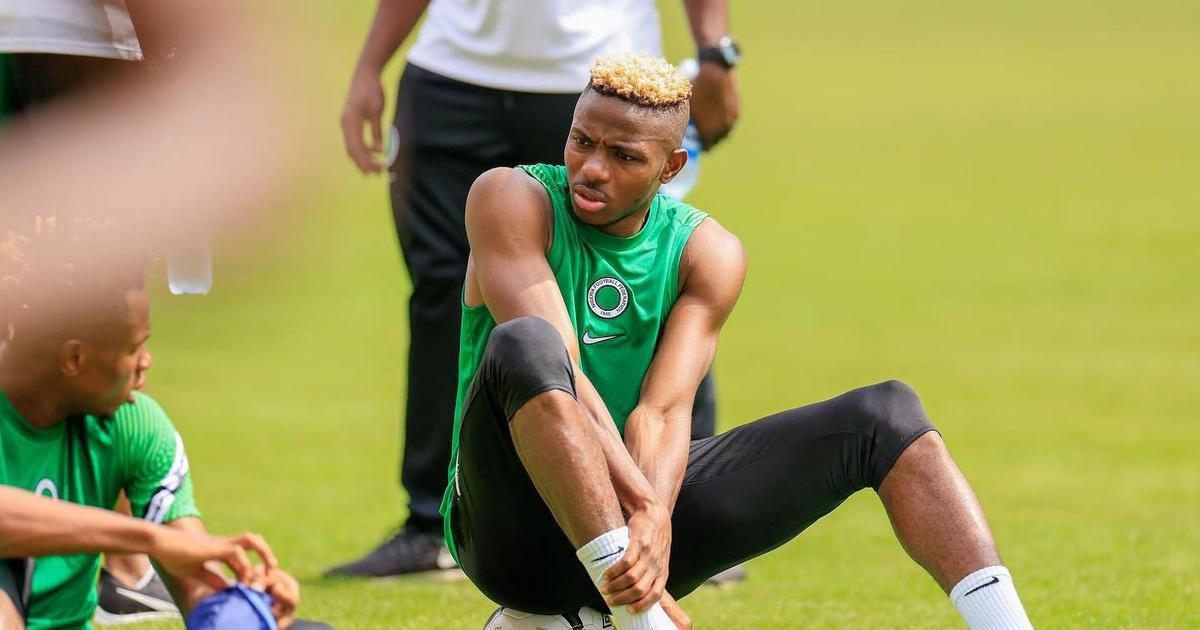 The Super Eagles contingent travelled to Ghana on Thursday, March 24 ahead of the first leg of the much-acclaimed ‘Jollof Derby’ which was held at the Baba Yara Stadium in Kumasi on Friday, March 25.

Following their visit, there has been a series of reports that the Ghanaians were less hospitable to the Super Eagles, including providing an iron staircase for the Super Eagles to disembark from their plane instead of a proper ramp.

Osimhen is the latest player to speak out concerning their treatment in Ghana, telling ElegbeteTV Sports that the Ghanaians were unprofessional in their welcoming of the Super Eagles.

The Napoli forward narrated the team’s experience from jumping down the plane to the difficulties faced in moving to their hotel from the airport.

“The experience in Ghana is a bit understandable due to the African thing but it was surprising when we landed and we had to jump down and some of us carried big hand luggage which was quite stressful for us,” Osimhen.

“When I first saw it it was really funny but at the end of the day it was a good experience.

Osimhen also detailed the Super Eagles’ journey to the Stadium on Matchday, stating that the Ghanaian fans were hitting their bus and making signs at them.

“From our hotel to the stadium is about 25-30 minutes so on getting there there was a huge Ghanaian crowd, screaming at us, hitting our bus, and made signs,” Osimhen explained.

The 22-year-old striker also complained about not being able to inspect the pitch at the Baba Yara Stadium on Matchday, slamming the professionalism of the Ghanaians.

“We didn’t even inspect the pitch like a normal game day but we are used to these kind of things so we were not really bothered about that. It was really not professional,” Osimhen concluded.

The hotshot Napoli marksman played the full 90 minutes against the Black Stars on Friday and is expected to lead the line again in the second leg on Tuesday.

Osimhen is Nigeria’s leading goalscorer in the 2022 World Cup qualifying series with four goals so far.

The former Lille player is also in good form for his current club Napoli, netting four goals in his last two matches for the Italian Serie A side.