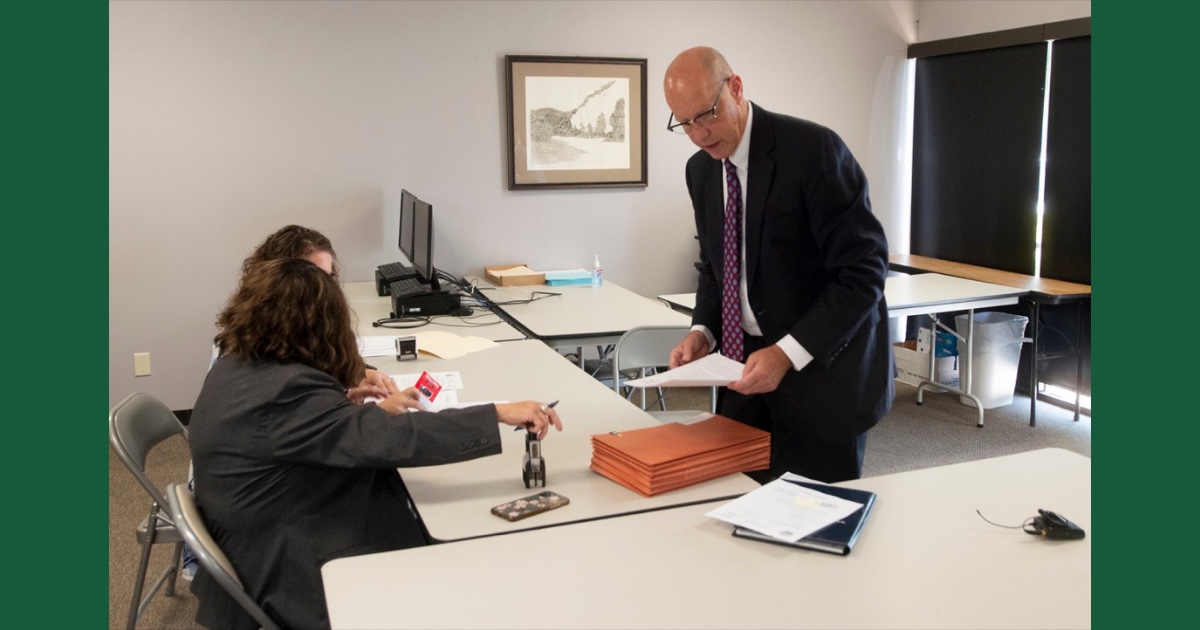 Steve Lancaster, counsel for Responsible Growth, said late Thursday that the timing of the court’s opinion Thursday evening was unusual but that he was “very pleased” with the outcome.

“We felt like we were in a good spot to begin with and we had done everything right,” he said by phone Thursday evening. “We had a lot of confidence going in and the court validated that.”

Lancaster said the next seven weeks until Election Day on November 8 will include “a lot of campaigning” and encouragement to get voters to the polls.

Lancaster called Thursday’s ruling a “big step” but said the group still needs to “bring it home in November.”

We hold that there is a clear and unmistakable conflict between Arkansas Code Annotated section 7-9-111(i) and article 5, section 1 of the Arkansas Constitution. Article 5, section 1 provides that the Board “shall certify” the ballot title to the Secretary of State. The word “shall” is mandatory.

This portion of the ruling might explain a mysterious order from the court last week in which the court ordered Secretary of State John Thurston to “decide the sufficiency of the proposed initiative petition.” That order set off confusion on all sides of the issue with attorneys trying to figure out exactly what the court wanted. In the end, all sides reached the conclusion that the court wanted an official statement from Thurston stating whether the ballot title was sufficient for the ballot.

The court found that the Board of Election Commissioners had no authority to shoot down the ballot title and, in that case, its actions were “without legal effect.” That seems to have spurred the court’s need for Thurston to determine whether the ballot title was sufficient, allowing the court to make a ruling on the matter.

Arkansas voters will have the chance to legalize recreational marijuana at the polls in November after the state Supreme Court declared Thursday that votes should be counted on a constitutional amendment that would legalize cannabis for adults 21 and older.

The ruling sets the stage for a high-stakes, well-financed campaign by both supporters and opponents over the next seven weeks. Responsible Growth Arkansas, backed by the state marijuana industry, has raised more than $4 million in total, including $605,000 last month. Three opposition groups have formed to defeat the measure, including one backed by a pair of prominent conservative donors who have contributed $2 million to defeat the measure.

The court’s ruling ends a court battle waged by supporters and opponents since a state board voted not to certify the ballot title last month. Responsible Growth, funded largely by the state’s first five cultivators, quickly appealed the ruling to the state Supreme Court.

The court allowed two ballot question committees to intervene in the case and present arguments along with the state. Safe and Secure Communities, funded by Little Rock poultry executive Ron Cameron and Illinois Republican donor Richard Uihlein, and Save Arkansas from Epidemic filed briefs in the case, supporting the state Board of Election Commissioners’ determination that the ballot title was misleading.

The board voted unanimously in August not to certify the ballot title after raising concerns that it didn’t mention that the amendment would eliminate the 10mg THC cap on edibles, make changes to cultivator and dispensary ownership regulations and make changes to child-proof packaging regulations. The groups  also raised concerns about the measure’s impact on the state’s industrial hemp industry.

Responsible Growth did not stop its campaign after the board shot down the ballot title, raising $605,000 last month from several of the state’s dispensaries and releasing its first TV ad.

Safe and Secure Communities released its first ad this week, focusing on the dangers of marijuana legalization and hitting back at Responsible Growth’s argument that the measure would be good for law enforcement. A portion of the sales tax revenue from recreational marijuana sales would fund a stipend for certified law enforcement officers.

A poll released last week by Talk Business & Politics and Hendrix College found that 58.5% of respondents support the legalization measure, while only 29% oppose it.