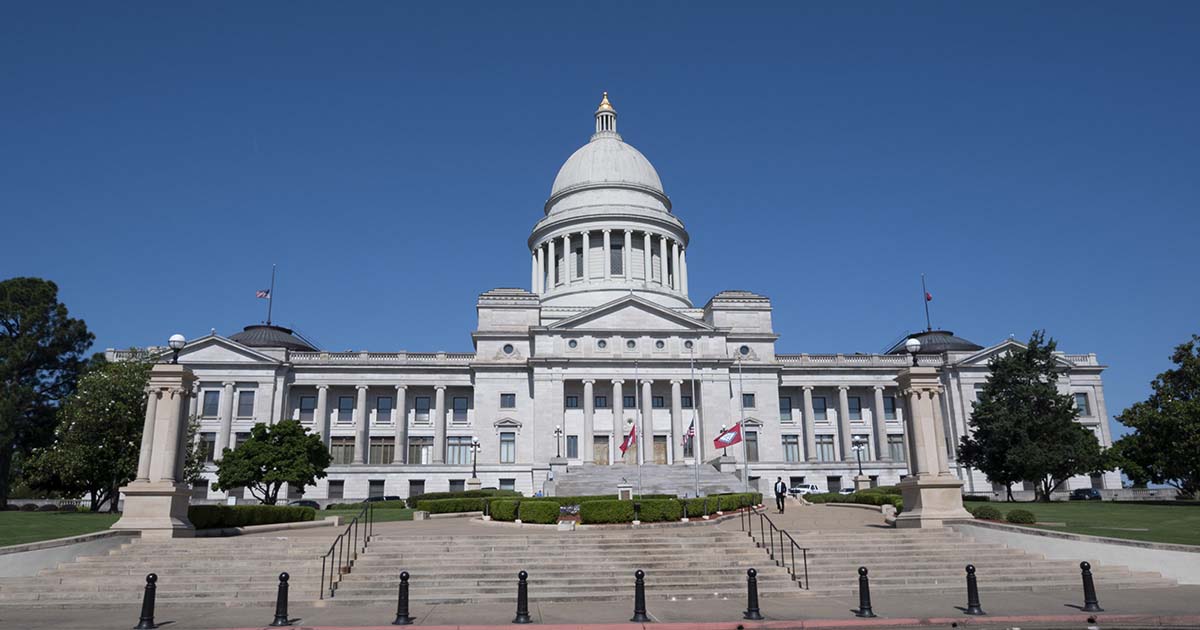 UPDATE: Special session called for Tuesday, no surprises. The rich will get richer. Teachers get nothing – Arkansas Times

INCOME TAX BY THE NUMBERS: These are DFA numbers on the impact of the permanent tax cut for the rich. Zip for those making less than $40,000 in a state where the median income is $26,000. This doesn’t count a one-time tax credit that is also weighted toward people on the higher end of the $0-$87,000 income range.

The special legislative session to cut taxes for the rich will begin at 11 a.m. Tuesday  after Governor Hutchinson’s scheduled 10 a.m. news conference.

The call was issued this afternoon. The governor had said previously he hoped for a quick and easy three-day session. That would mean, as he’s indicated, no money for teacher pay. The reduction of the top tax bracket from 5.9 to 4.9 percent — a bonanza for the richest 5 percent of Arkansas taxpayers who’ll reap a majority of the dollars saved — may be accompanied by a one-time non-refundable tax credit of $150 for poorer folks, though the very poorest will get a credit only to the extent of taxes owed.

More when we have the call. Nothing for teachers. A scrap for poor people. Some money to throw at school security, but no meaningful measures to do anything about the root problem — guns.

Governor Asa Hutchinson today issued a call for the Third Extraordinary Session of the 93rd General Assembly. The purpose of the Session is to provide immediate tax relief for Arkansans and set aside $50 million for a school safety grant program.”As inflation rises and the cost of living increases, Arkansans need more money in their pockets,” Governor Hutchinson said. “With a record surplus in the last year fiscal year, we have the ability to provide financial relief and ensure our children can be protected in their schools.”
Governor Hutchinson’s call consists of the following items:
Lower the top individual tax rate to 4.9%, retroactive to January 1, 2022, saving taxpayers $295 million in 2022;
Lower the corporate income tax rate to 5.3%, beginning January 1, 2023;
Create a $150 nonrefundable low- and middle-income tax credit, saving taxpayers $156.3 million in 2022;
Align Arkansas law with the federal depreciation schedule;
Transfer $50 million from the state surplus for the purpose of a school safety grant program, consistent with the recommendations of the Arkansas School Safety Commission.
The above tax provisions will provide financial relief for Arkansans of all income levels. The alignment of Arkansas law with the federal depreciation schedule will also provide relief for business owners by accelerating the depreciation of their assets and allow for an easier calculation of their tax bill.
The $50 million for a school safety grant program comes after the Arkansas School Safety Commission presented their interim report to Governor Hutchinson on August 2nd. This program will provide funding for school districts to increase security measures on their campuses.

Here’s the actual call. The details are kind of stunning. The poorest taxpayers may get nothing. Married couples filing jointly up to $174,000 will get a $300 tax credit. The millionaires? Bonanza.

Advocates for teacher pay will still rally Sunday afternoon at the Capitol to prick the consciences of the, er, legislators.