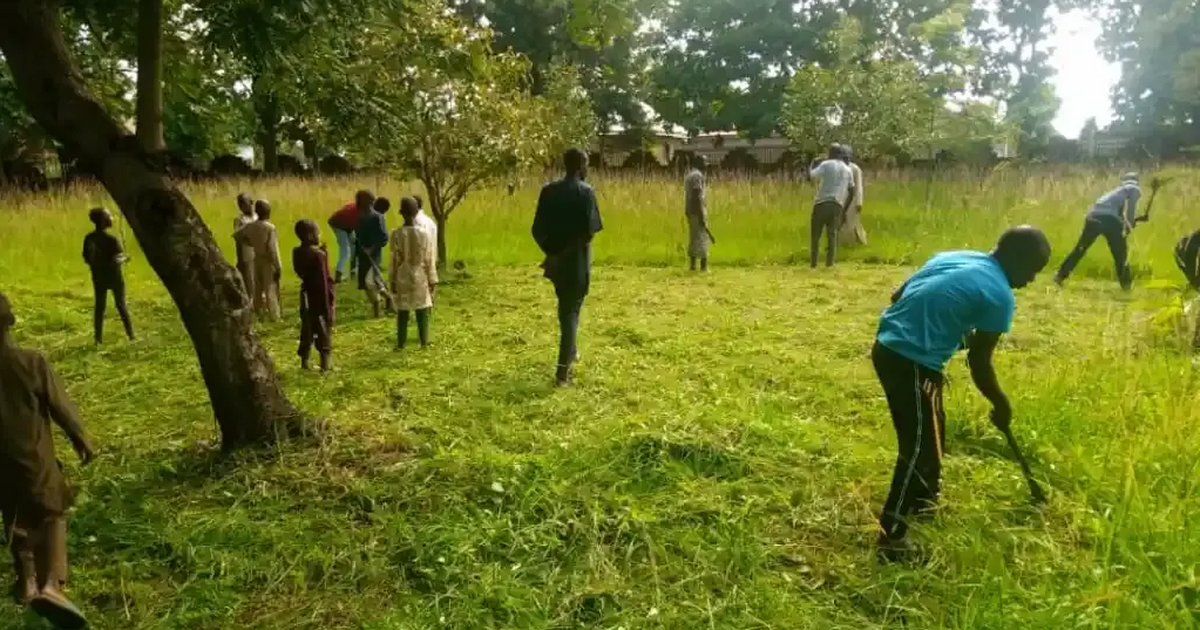 The development took place in Kachia Local Government Area of Kaduna as Muslim faithful get set for Eid-el-Kabir celebration on Saturday, July 9, 2022.

Commenting on the noble cause, Mr. Daniel Bitrus, team lead of the volunteers who assisted their Muslim counterparts in the exercise, said they did it to promote religious tolerance and harmony, Daily Trust reports.

Bitrus said the exercise lasted for two days as both groups jointly cleared the grass and got rid of trash around the premises of the mosque.

He said, “We came here to support our brothers towards cutting down the grass and to also clear the dirt in the mosque and its surrounding, with the aim of promoting peace and unity.”

“The exercise, which lasted for two days (Saturday and Sunday), enabled many Christians and Muslims to dialogue, exchange hand of friendship and talk on better ways to promote religious tolerance and better understanding among the adherents of the two religions.

“We hope to continue doing this every year to promote religious tolerance in the area.”

He revealed that the Christian volunteers arrived early to the Eid ground even before Muslims got there.

The Southern Kaduna is known as the hotbed of ethno-religious crisis and Tasiu described the historic development as one of its kind in the zone.

He called on Muslims and Christians to live in peace and harmony.