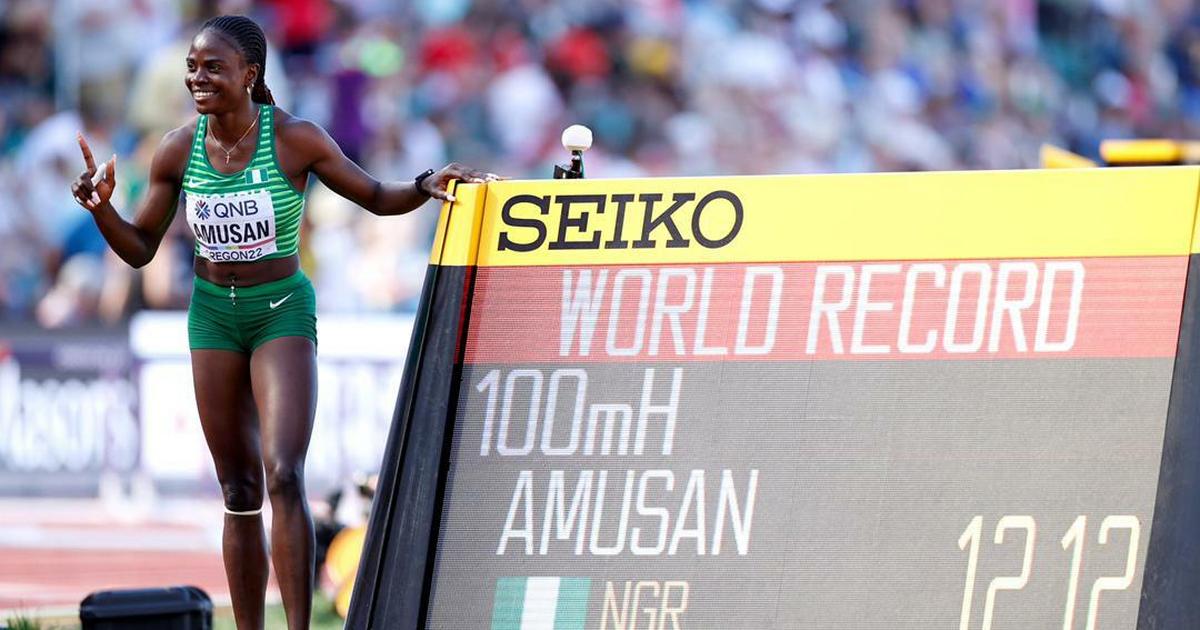 Tobi Amusan has written Nigeria’s name in gold and the history books at the World Athletics Championship.

Amusan shocked the world when she ran a stunning 12:12 seconds in the semi-final to smash Kendra Harrison’s 12:20 seconds record.

Two hours later, the 25-year-old repeated the feat again in the final, running a shocking 12:06 seconds to be crowned world champions after winning the 100m hurdles.

She became the first Nigeria ever to break a world record in any event when she smashed it at the semi-final stage.

Now, she has gone a step further to break the world record twice in a matter of hours. That will take some beating by another Nigerian or world star.

She ran a stunning 12:12 seconds in the semi-final before smashing her own record with a blistering 12:06 seconds in the final to emerge World Champion in the 100m Hurdles.

The Nigerian star now owns two of the fastest times ever in the World 100m Hurdles and is the first Nigerian to ever win a world title.

Watch how Amusan left the world in awe with her history-making race en route the World title.