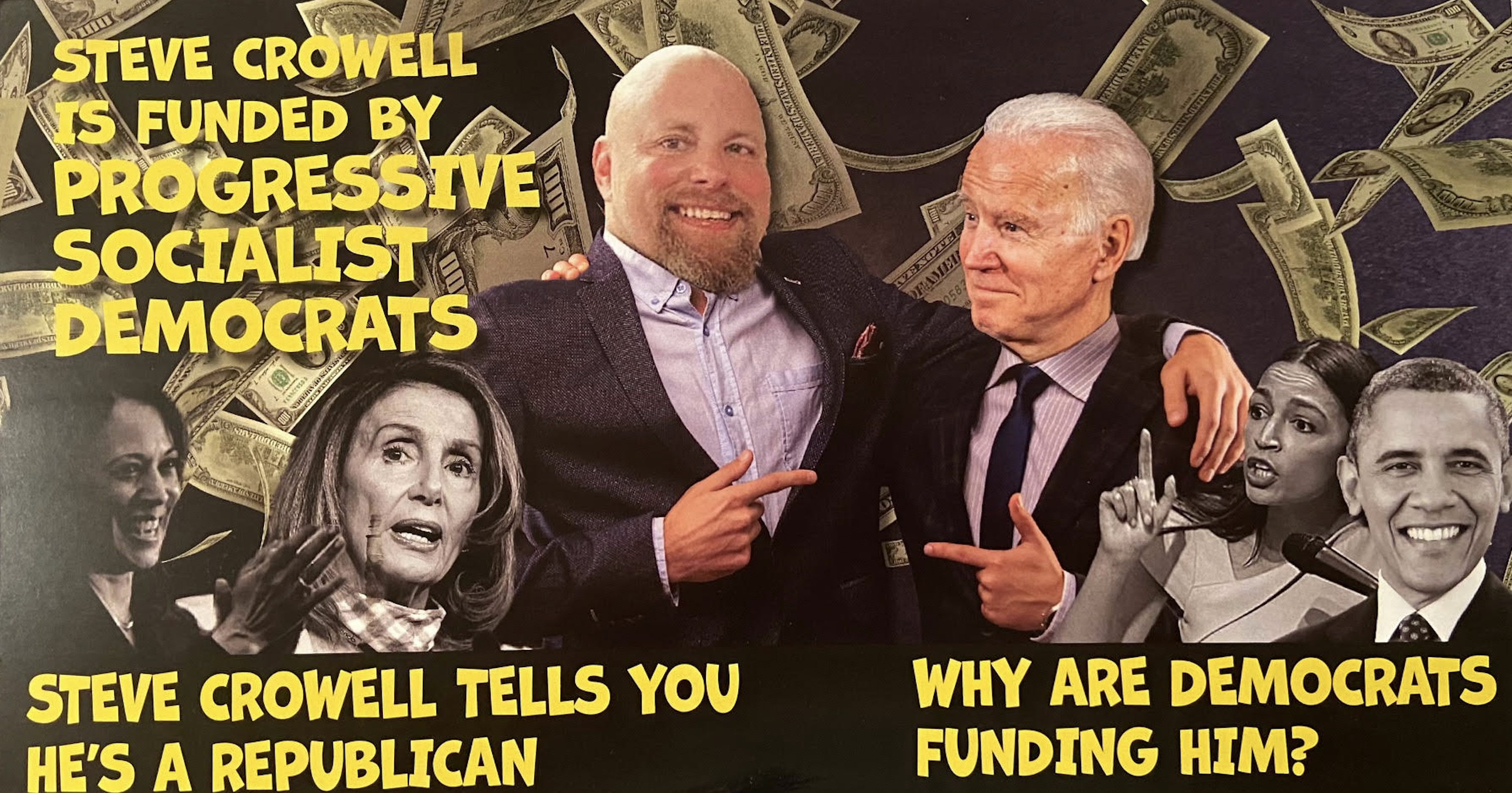 So the season of dishonest political mailers is upon us. Might be nice to have a #shotval type review and identify the most dishonest candidates, groups and consultants of this Primary election.

Misleading and even dishonest mailers, sometimes from shadowy PACs, have become the political tactic of choice in Arkansas, particularly in legislative and local races. Jim Hendren, the independent senator, had a good idea yesterday. It expands on some work he did in the last election cycle to highlight the lying liars in your mailbox.

I asked on Twitter for examples. Following is one that turned up. It was mailed for the freshman Republican Sen. Charles Beckham. Nice guy. He was tossed out of high school in Mississippi for terrorizing Black students by joining pals in donning KKK regalia.

He has a Republican opponent. He’s smeared opponent Steve Crowell with this mailer, which includes an endorsement by a lineup of legislative troglodytes. But the flipside is classic. A bit of photoshopping, a bit of disinformation and there you go.

Crowell has raised about $33,000 so far. I invite you to search his campaign reports — January, February and March — for progressive socialist Arkansas Democrats, never mind Pelosi, AOC, Kamala Harris or Joe Biden. I know a few of these devils Beckham invokes. There are only a few in Arkansas. I recognize none of my fellow travelers on Crowell’s reports. But here’s a quicker way to assess things:

Beckham’s own filings are an honor roll of hard-right conservative individuals and PACs. Some you wouldn’t want linked with your name in polite company. Walmart billionaire Jim Walton is also a big contributor. Who’s doing Beckham’s political consulting dirty work? American Dream Strategies of Benton. That would be ultrarightist Ken Yang.

Trent Garner is enough of a brand for any sentient voter.