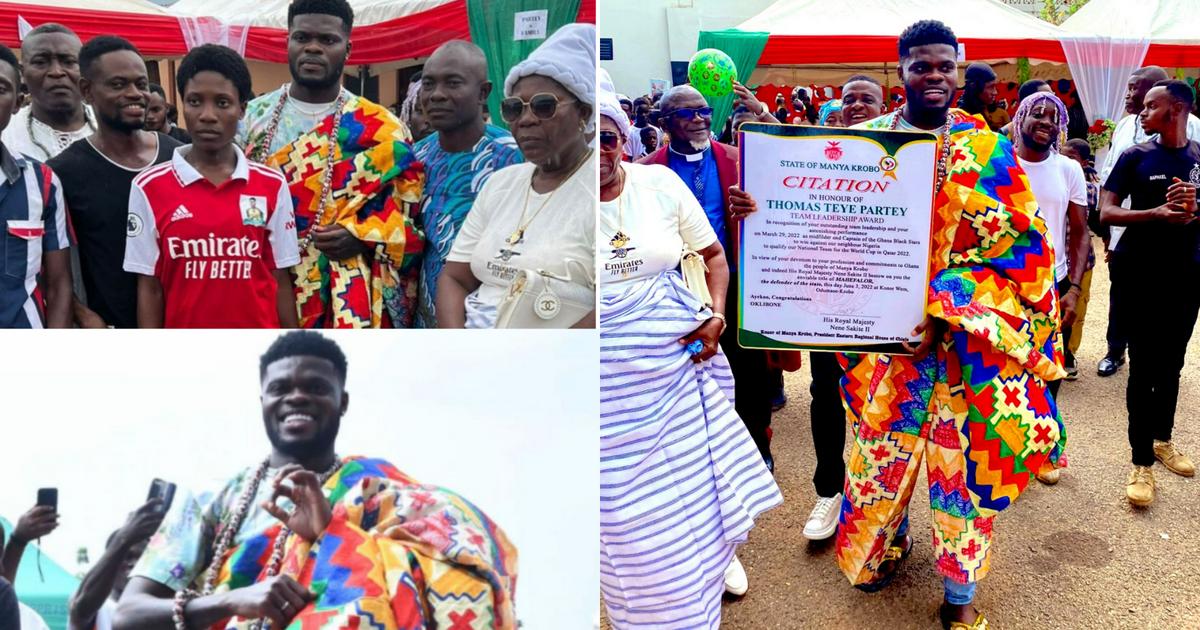 The title is from his ancestral people of Manya Krobo in Ghana’s Eastern Region.

The 28-year-old is awarded the title in his hometown after leading the Black Stars of Ghana to a World Cup ticket.

Partey was captain as Andre Ayew was unavailable in the 2022 FIFA World Cup qualifier double header playoffs against the Super Eagles of Nigeria.

Mahefalor translates to “Defender of Krobo Traditional Area”. Partey is also involved with charity in the area through his foundation.

The statement said, “In recognition of your outstanding team leadership and your astonishing performance on March 29, 2022 as midfielder and Captain of the Ghana Black Stars to win against our neighbor Nigeria to qualify our National Team for the World Cup in Qatar 2022.

“In view of your devotion to your profession and commitments to Ghana/the people of Manya Krobo and indeed His Royal Majesty Nene Sakite Il bestow on you the enviable title of MAHEFALOR, the defender of the state, this day June 3, 2022 at Konor Wem, Odumase-Krobo. Ayekoo, Congratulations. OKLIBONE”.

Partey is expected to be part of Ghana’s team to the 2022 FIFA World Cup in Ghana later this year.

Ghana will be making their fourth appearance at the World Cup and in Group H will face Portugal, Ghana, Uruguay and South Korea.