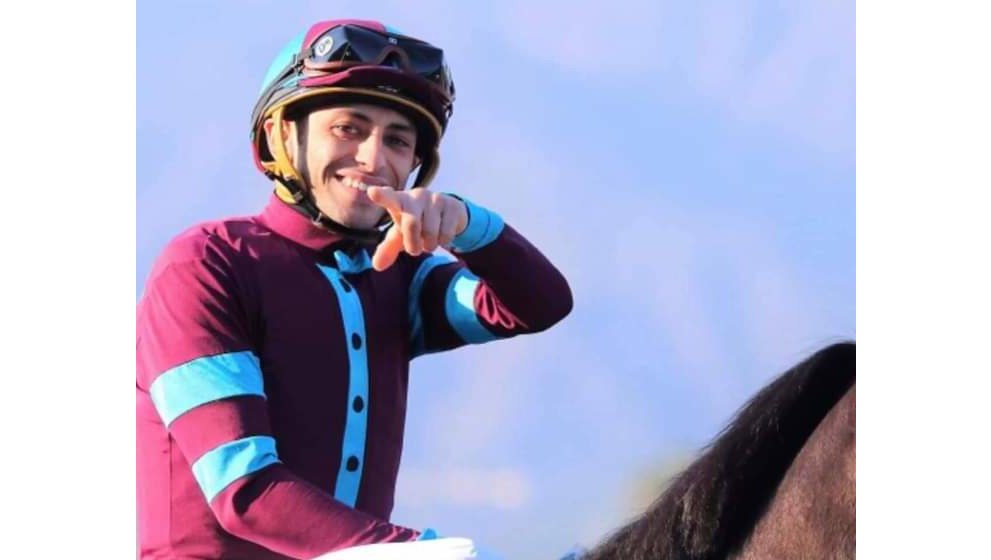 Exercise rider David Mussad, a graduate of the North American Riding Academy founded by Hall of Fame jockey Chris McCarron in 1988, would love to return to being a jockey and riding in the afternoons.

That was his intention when he broke into the sport, riding up north at Golden Gate Fields, Sacramento and the fairs, but it didn’t work out. He tried to set up business at Indiana Grand and Ellis Park in Kentucky, but criminal records dating to his high school years derailed those hopes in 2019.

“The money’s good for the hours and (amount) of work,” he said. “We get the horses ready and do whatever the trainers ask. If you have experience riding horses, you really can’t beat this job. You wake up in the morning, you get out there and it’s a good vibe.”

He’d love to be riding at Santa Anita, but the horse shortage has made it tough to secure mounts.

“It’s so different at Santa Anita now,” he said. “When I first came out here, there were so many horses on the track. It was crazy. You were always trying to beat the traffic, trying to get to the front of the line. Now it’s not the same. A lot of the rules, a lot of the politics going on with it. As far as racing goes, I went up north, did it up there, came down to Santa Anita and it’s tough at Santa Anita. Super tough.”

Super tough on him financially. When he gave up everything to try to become a jockey, his wallet took a major hit.

“Financially, I got screwed,” he said. “I maxed out two credit cards when I was trying to be a jockey and I got behind in a lot of stuff. When you’re a month behind, you’re really more like two or three months behind and you’re trying to catch up. It ruined my credit, ruined a lot of stuff. Right now, I’m just trying to fix all that, fix my financial situation.”

The highlight of his career most likely was the morning he galloped future Triple Crown champion Justify when he was a 2-year-old at Keeneland. He had no idea who the horse was because all he saw was a number on the colt’s stall.

“I remember the first time I saw him in the stall, I never had a horse look at me like he did,” Mussad said. “It was about 4:30 in the morning and I’m walking by his stall and I see this big chestnut, such a huge horse.

Mussad remembers his first victory. It came at Sacramento aboard a horse named Daddy Duke in 2018.

He said if he had more money, he’d give riding a try again, but what he’s making now as an exercise rider is helping him get his financial business back in order.

Plus, there’s that problem of the dwindling horse population.

There was also the frustration of working a horse for weeks in the mornings for free and then reading the entries and discovering someone else was riding the horse in the afternoon.

“I’d take notes on all the horses I worked, and then the entries would come out and the horses I’d worked for weeks had guys like Abel Cedillo and Joel Rosario on ’em,” Mussad said. “I’m like, ‘Damn!’ But you can’t really say anything. What are you going to say? It just messes with your head a lot. You’re like, ‘Damn, what am I doing wrong?’

“I’d definitely have to move somewhere else (to resume career as a jockey). It’s tough trying to break in here. All these jockeys are established, guys like Cedillo and all the top guys who are winning races every weekend.”

For now, he’s getting horses ready for the racing until, maybe some day, he’ll be riding in the afternoons again.