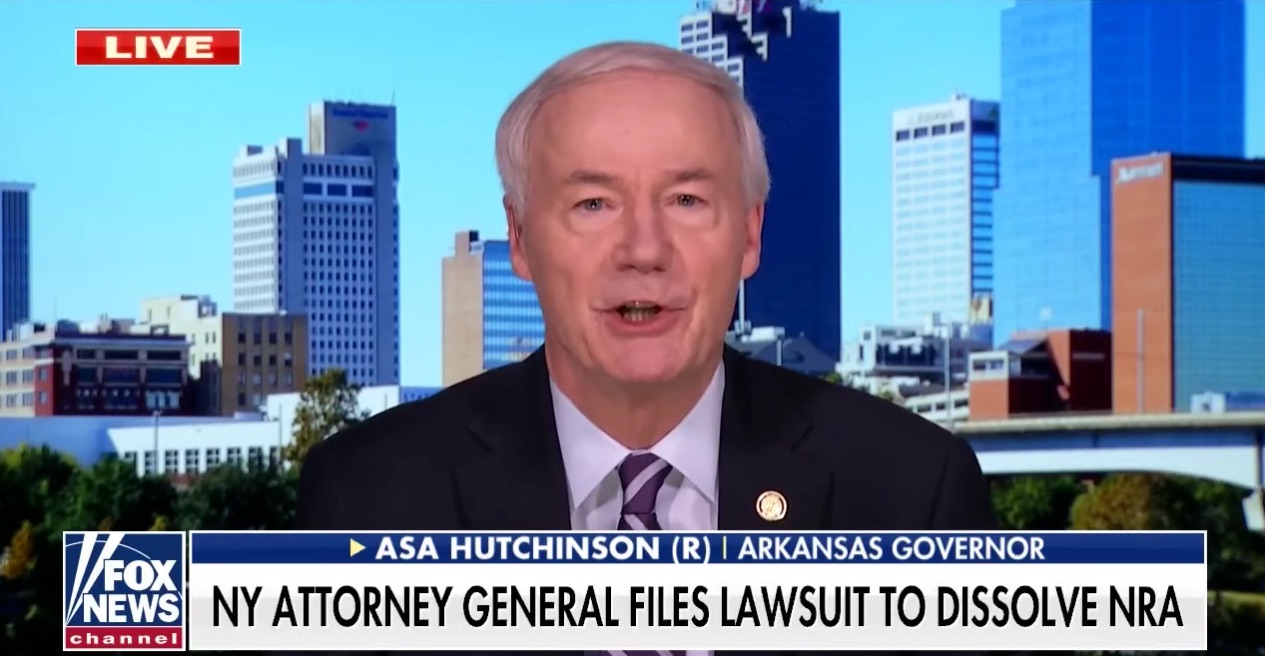 Arkansas’s lackluster reaction to a neighborhood celebration gone horrifically wrong, with six babies and children among the 28 sent to the hospital for gunshot wounds, is putting the callousness and cruelty of state leaders on full display.

It’s horrifying but not a big surprise that Arkansas’s ammosexual politicians embraced this opportunity to glorify guns, denigrate Black lives and attack women.

Here’s your governor, getting out ahead of any calls for legislation to maybe take some of these deadly guns off the streets.

Note the preemptively defensive line about investigating whether anything could be done to prevent the tragedy. As with all mass shootings, there are dozens of ways we likely could have stopped it: passing red flag laws, requiring background checks on every single gun sale, requiring safe storage so guns can’t be stolen or easily accessed by children. It’s a safe bet, though, that Hutchinson will come back with a finding that the shootout in a Dumas parking lot was inevitable, the product of incurable human evil and nothing to do with guns at all. In a way, he’s right. If our lawmakers continue to value guns and the gun lobby’s money and influence over human lives, there’s probably not a way around shootouts at neighborhood block parties.

Next up, the cornfed confederates of Crossett, who tell us to just pray and suck it up already. It’s liberals and their elitist calls for safety in the streets and no more bullet-riddled babies that are the problem, Republicans state Sen. Ben Gilmore and state Rep. Howard Beaty said.

And you know who should really butt out of the whole issue? Uppity women. That’s according to Rep. Aaron Pilkington (R-Knoxville), the sponsor of Arkansas’s racist stand your ground law, which he pushed for because he said he wanted his wife to be able to shoot any scary people she encountered on her morning jogs. Stand your ground laws allow people to kill if they feel threatened, even if they could have simply walked away instead. They’ve been proven to actually increase homicide rates, especially against Black people.

Shannon Watts and that army of parents working as hard as they can to protect their children’s lives? Pure evil, in Pilkington’s book. Founder of Moms Demand Action and relentless advocate for doing whatever it takes to keep classrooms full of first graders from being gunned down, Watts is a favorite punching bag of gun nuts everywhere. Pilkington retweeted this inane attack on Watts, which suggests that prayer is the only method at our disposal to end this uniquely American scourge that other countries, even largely agnostic ones, seem somehow to avoid.

If you asked me who in politics embodies the purest form of hatred Shannon Watts is at the top of the list. Her constant mockery of religion along with blaming inanimate objects for peoples moral failures is disgusting. Prayer is the most powerful thing we can give these victims. https://t.co/ewuuUVjKHW

While these gun-collecting white men have an oversized share of power in Arkansas today, polling numbers suggest they can’t hold on forever. Even most Republican voters and gun owners support stronger gun laws.

Arkansas’s gun laws are exceptionally shitty. Moms Demand Action and Students Demand Action issued this statement on the shooting in Dumas, which includes some hard truths:

DUMAS, Ark. — The Arkansas chapters of Moms Demand Action and Students Demand Action, both part of Everytown for Gun Safety’s grassroots network, released the following statement after a shooting at a southeast Arkansas car show on Saturday night. According to Arkansas State Police spokesman Bill Sadler, gunfire broke out into a crowd of attendees at the 16th annual Hood-Nic car show in Dumas, killing one and leaving at least 24 others wounded. Some of those injured in the shooting included children, according to reports. Dumas Police Chief Keith Finch says multiple shooters were involved; as of this morning, one person is in custody and a search is underway for others.

“We are devastated for the families impacted by this senseless act of gun violence,” said Mariah Hatta, a volunteer with the Arkansas chapter of Moms Demand Action and an Everytown Survivor Fellow. “While details are still unfolding, one thing is for sure: going to a community event shouldn’t mean your life’s on the line. Our state’s weak gun laws leave our families and communities constantly at risk. Something has to change, and we won’t stop fighting until it does.”

Arkansas is tied for the second-weakest gun laws in the country, scoring only 5 out of 100 for gun law strength while maintaining one of the highest rates of gun deaths. Despite this, legislators have actively worked to weaken the state’s gun laws in recent years.

In an average year, 596 people are killed by guns in Arkansas, and 555 more are wounded. Guns are the leading cause of death among the state’s youth population. Gun violence costs Arkansas $3.8 billion each year, of which $161.6 million is paid by taxpayers. More information about gun violence in Arkansas is available here.