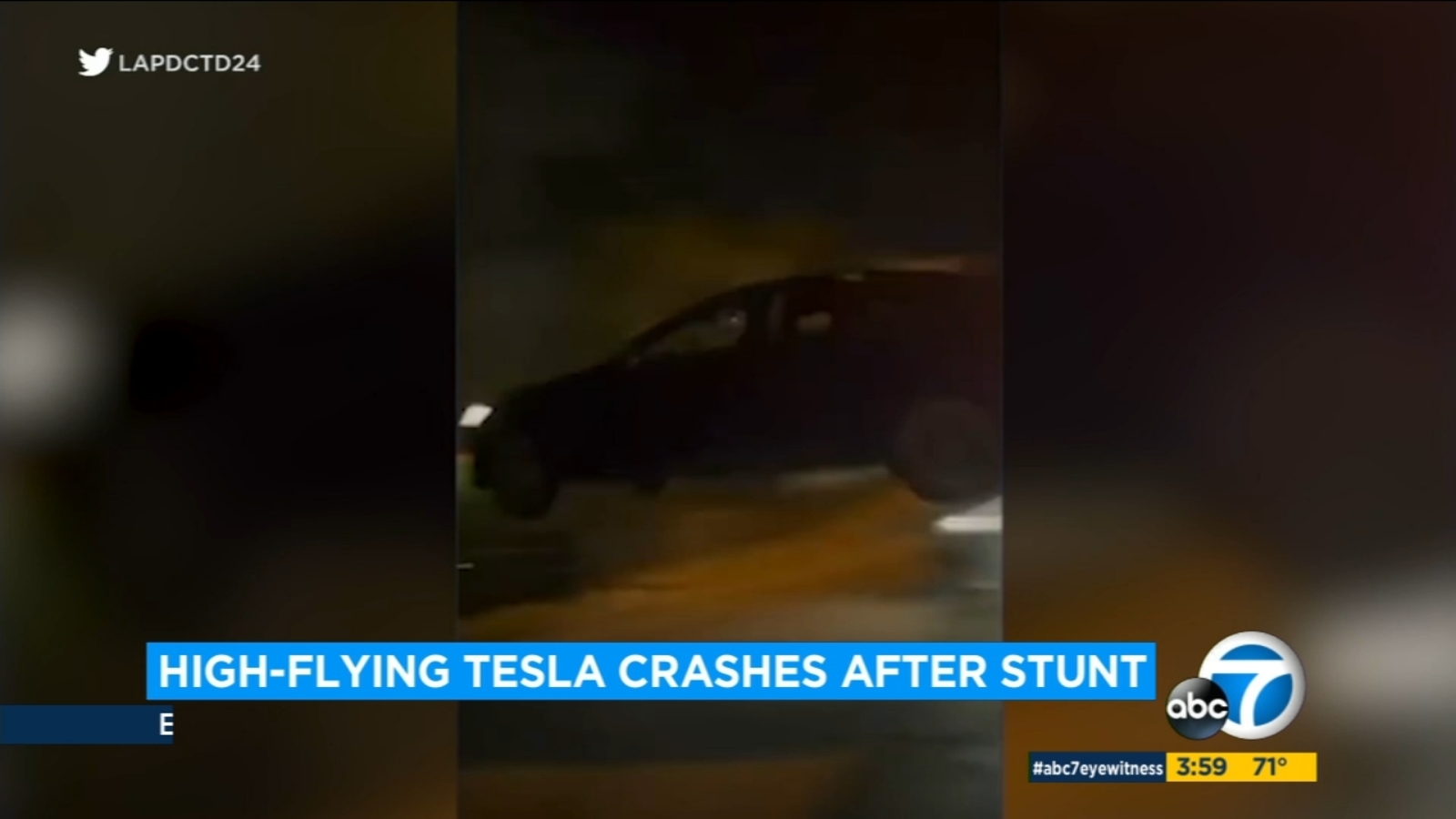 ECHO PARK, LOS ANGELES (KABC) — A GoFundMe account has raised more than $22,000 for an Echo Park man whose car was damaged after it was hit by a Tesla during a dangerous stunt captured on video.

Video that went viral showed a Tesla flying through the air on a quiet, steep street in Echo Park Saturday night.

The Tesla crashed into Jordan Hook’s car, damaging the rear bumper and side.

“It moved my car a full-length, about seven or eight feet from where it was down into my neighbor’s driveway, so it hit pretty hard,” Hook said.

Hook’s neighbors set up the GoFundMe account after his car was damaged.

“My neighbors have been awesome to me. They’ve been super supportive,” Hook said.

“Everybody moved there car last night, worrying ‘Is this going to happen again?’ There’s a real level of stress and anxiety going on,” Hook told Eyewitness News Monday.

The stunt was recorded and posted on multiple social media accounts. But as soon as it crashed, the spectators took off.

According to LAPD, the incident is being treated as a misdemeanor hit-and-run. The Tesla was rented from Enterprise and impounded after the crash.

LAPD is working with Enterprise to try to identify the driver.

“The made-for-social media stunt on Baxter Street in Echo Park was reckless and stupid. It very well could have killed someone,” L.A. Councilman Mitch O’Farrell said in a statement. “My office has worked extensively with the local community to make this network of streets, including Baxter, safer. That work, and residents’ rights to safe neighborhoods, needs to be protected from this type of idiocy.”