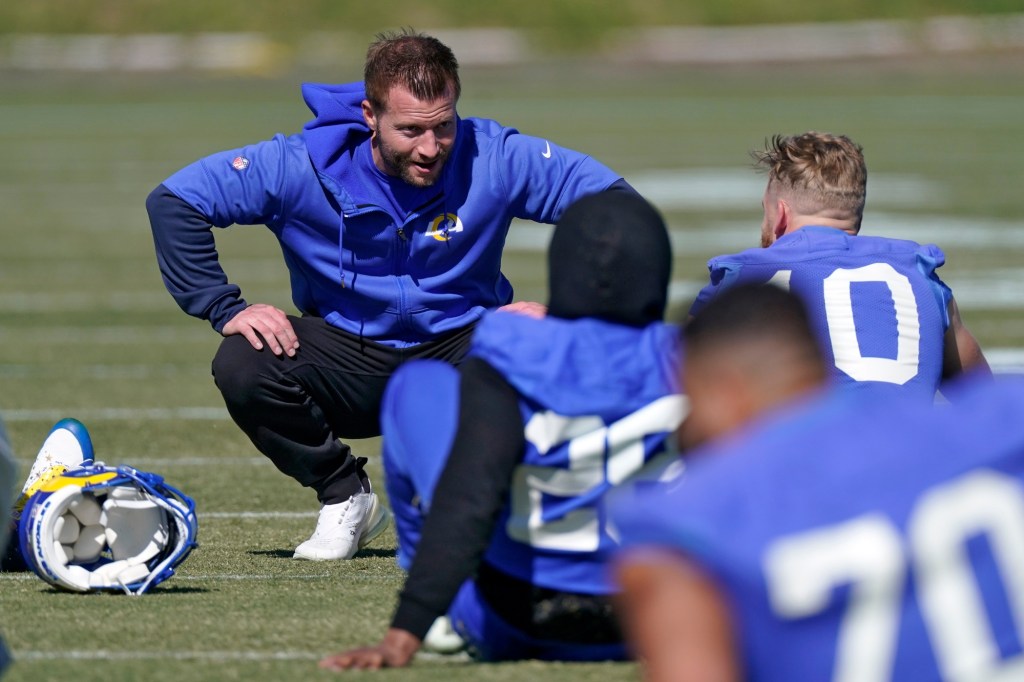 Three years ago, Sean McVay’s voice didn’t show the wear and tear of coaching a Super Bowl team until after the game.

This time, he started to lose it five days out from Sunday’s Super Bowl LVI between the Rams and the Cincinnati Bengals at SoFi Stadium.

“I feel great, I just sound like (expletive). Hopefully, we’ll get this voice to come back,” McVay said Wednesday in a thin rasp in a Zoom interview from the Rams’ practice facility in Thousand Oaks.

“I got the honey, I got all the remedies going.”

McVay, who isn’t exactly Nat King Cole on the best of days, sipped water and popped a lozenge while talking with reporters.

“I never realized how much I talk and how loud and obnoxious I am when I don’t have my voice,” he said.

McVay said he thinks running back Darrell Henderson (knee) will come off injured reserve and give the Rams three backs with Akers and Sony Michel.

With the wind in Thousand Oaks forecast to pick up to 30 mph on Thursday, McVay finalized plans to move to the Rose Bowl for the most physical practice of the week.

“If that’s the biggest inconvenience of playing the Super Bowl at home, that we have to get on a bus, we do that pretty regularly anyways going down to SoFi,” McVay said.

The Rams finished installing their game plan Wednesday in a walk-through practice that lasted 1 hour, 40 minutes.

The Bengals, who arrived Tuesday, had their first practice on Wednesday at UCLA’s Drake Stadium, going from an ice storm in Ohio to 80-degree weather in L.A.

“Just getting hydrated the best we can,” Bengals coach Zac Taylor said.

With a high of 86 forecast Sunday in Inglewood, this could be the hottest Super Bowl.

Brown said it was a “meet and greet” via Zoom.

“It’s a huge blessing and opportunity to even have a chance to be interviewed,” said Brown, 35, the former Georgia running back who coached 10 years at the college level before coming to the Rams in 2020. “Obviously, not a ton of opportunities throughout history (for Black coaches).”

Brown could be a candidate for the Rams’ offensive coordinator role after Kevin O’Connell becomes the Minnesota Vikings’ head coach following the Super Bowl.

“Of course, you have aspirations, want to become a coordinator, become a head coach,” Brown said. “Those are things I can’t control. What I can control is my effort and my attitude every single day and try to be the best I can for this organization.”