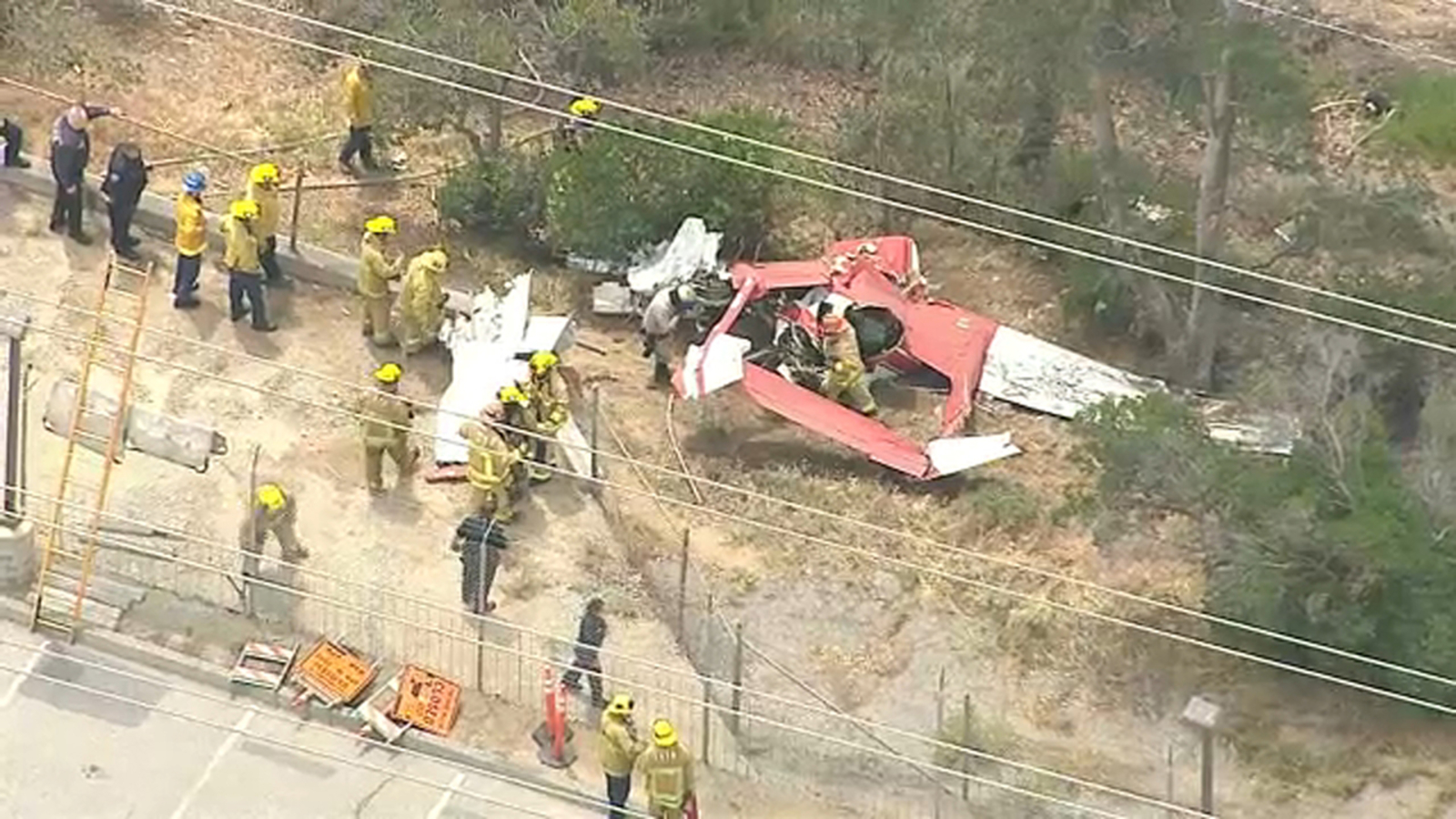 SYLMAR, Calif. (KABC) — One person was killed Wednesday afternoon when a small plane crashed on an embankment alongside the northbound 210 Freeway in Sylmar, the Los Angeles Fire Department said.

The fixed-wing aircraft went down just before 12:30 p.m. near Hubbard Street, resulting in a small fuel leak that did not ignite a fire, the LAFD said in a statement. The identity of the deceased individual was not immediately released.

“After a thorough search of all void spaces in the aircraft, firefighters did not locate any other victims,” the news release said.

Northbound traffic on the freeway was backed up at the scene as more than a dozen Urban Search and Rescue firefighters sifted through the wreckage. The deceased person’s body was not immediately extricated. One lane was closed.

The plane’s destination and the cause of the crash were unknown.

Federal Aviation Administration and National Transportation Safety Board investigators were en route to the crash scene.