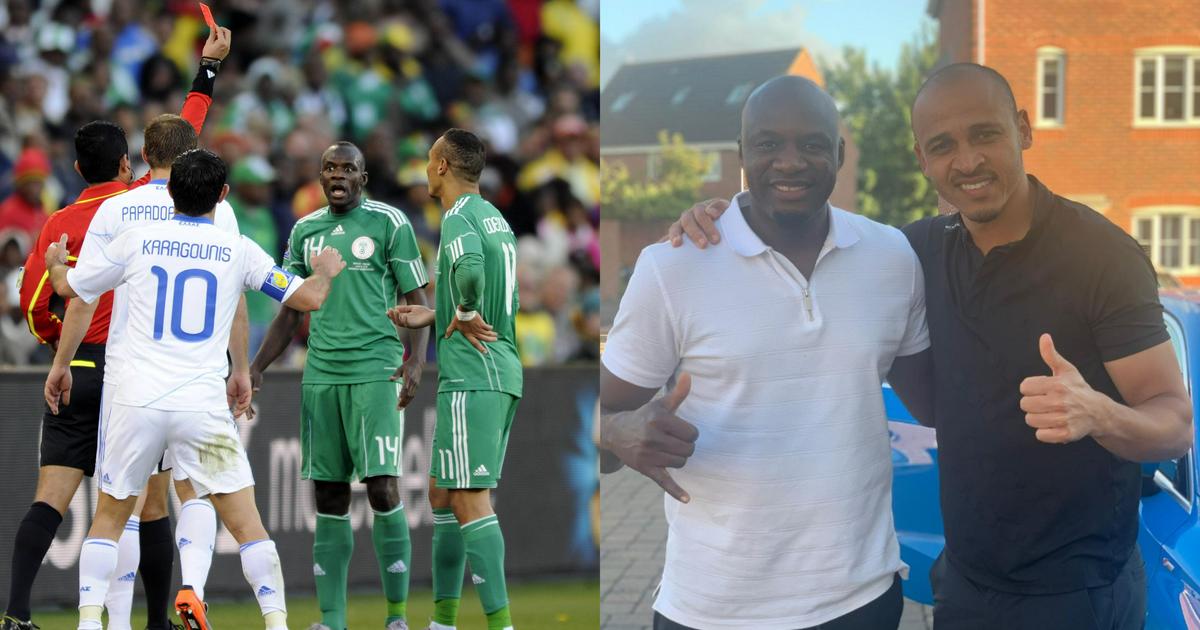 Odemwingie and Kaita were both on the Super Eagles squad that participated at the 2010 FIFA World Cup in South Africa.

Odemwingie was famous for his attacking flair with the Super Eagles while Kaita was a defensive anchor.

Both Kaita and Odemwingie are now retired, married and family men.

Osaze Odemwingie took some time out to see his Super Eagles teammate Kaita.

Odemwingie is now based in the West Midlands, England, United Kingdom.

The former Stoke City forward took some time out to see his Super Eagles teammate Kaita.

Along with the photos was a message that said, “Osaze dey! It was great to catch up with you. Thanks for the visit.

Osaze was beside Kaita when he was sent off in the 2010 World Cup group game against Greece and seems to have continued their relationship 12 years later.