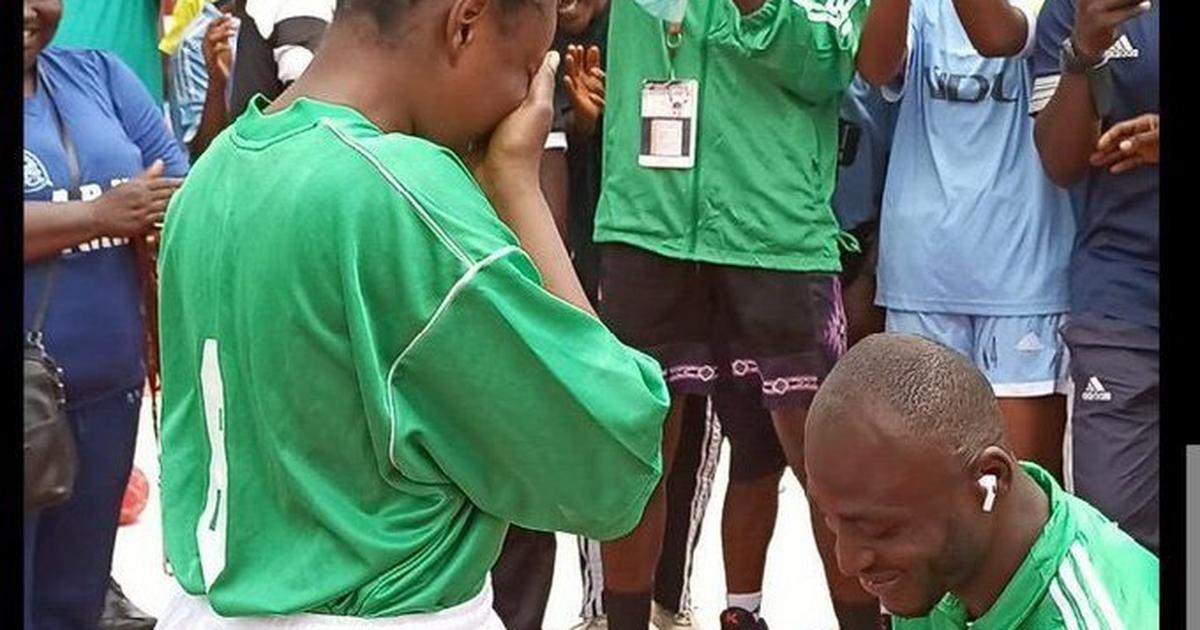 At the handball court of the University of Lagos, a yet to be named male athlete representing the Ahmadu Bello University Zaria proposed to his girlfriend. The soon to be bride, who is also a student of ABU Zaria, accepted the proposal, much to the delight of those in attendance of the handball match.

The couple will now bask in the attention as they won the hearts of bystanders with this public display of affection.

The contingent from ABU would hope to improve their standing on the medals table to give the now engaged couple even more reasons to celebrate. ABU sits in the eighth position on the medals table, with one gold, one silver and two bronze medals, as of Tuesday afternoon.

The ongoing NUGA games began on Saturday, March 20 and will end on Sunday, March 27.