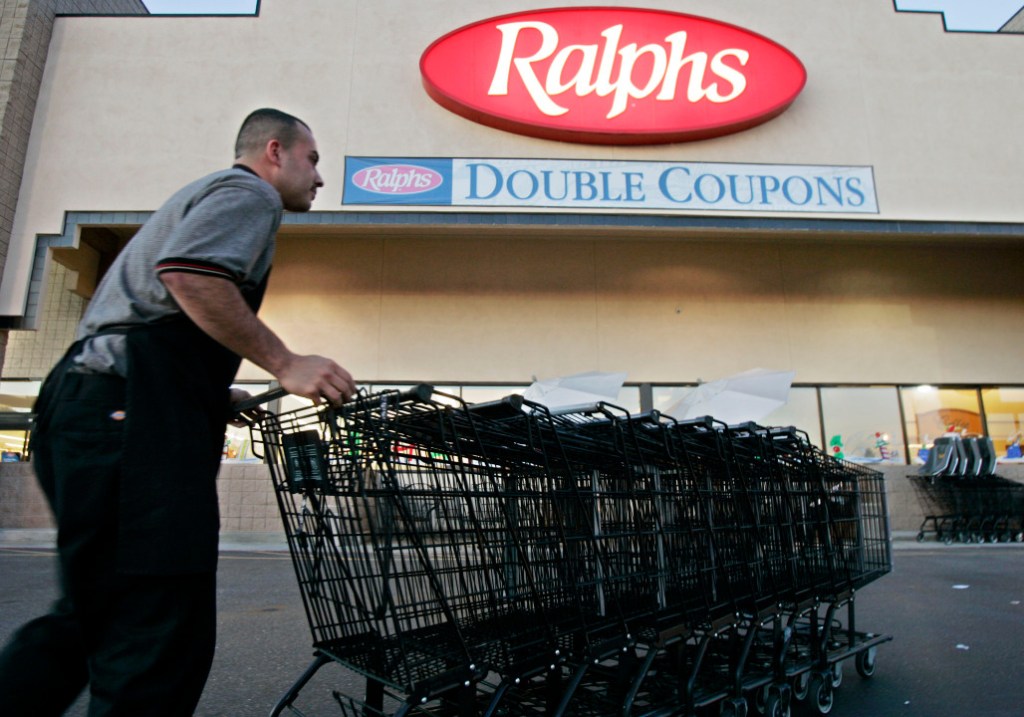 After weeks of stalled labor negotiations, thousands of Southern California grocery workers employed by Ralphs and Vons, Pavilions and Albertsons have voted to authorize their union to call a strike.

The United Food and Commercial Workers union, which represents about 47,000 workers from Central California to the Mexico border, announced the vote Saturday.

The “yes” vote doesn’t automatically mean a strike will take place, but it authorizes the union to call a walkout if no progress is made during contract negotiations.

“Should your employers continue committing unfair labor practices, (ULP’s) like conducting unlawful surveillance of workers protesting or refusing to implement wage increases as required by your contract, to name a few, then we must take action,” the union said in a statement.

UFCW Local 770 said the union will meet with the supermarket chains again on March 30 and will keep its members updated on the bargaining progress.

“They need to be paid for the work they do and the risks they take,” Andrea Zinder, president of UFCW Local 324, said last month. “Our proposal is for a $5-an-hour increase over the three-year labor contract. These people are making far too little. They need a significant wage increase.”

Ralphs’ latest proposal includes an investment of more than $141 million in new wages over the next three years. It would include a yearly 60-cent raise in 2022 through 2024. So a checker with five years experience who currently earns $22.50 an hour would earn $24.30 an hour by 2024.

Ralphs, a division of The Kroger Co., addressed the concerns in a statement issued last month.

The company said its average hourly wage in Southern California is $19 an hour. When healthcare and pension benefits are added in that jumps to $25 an hour, the company said.

“Ralphs remains committed to continuing to provide associates with an industry-leading total compensation package, including competitive wages, premium health care benefits, and a pension for retirement,” the statement said.

Ralphs said its goal is to implement a pay hike for all employees, keep groceries affordable for shoppers and maintain a sustainable business model moving forward.

The last 2003-2004 strike among Southern California grocery workers lasted 141 days, and analysts estimated it cost the industry an estimated $2 billion with $300 million in lost wages.