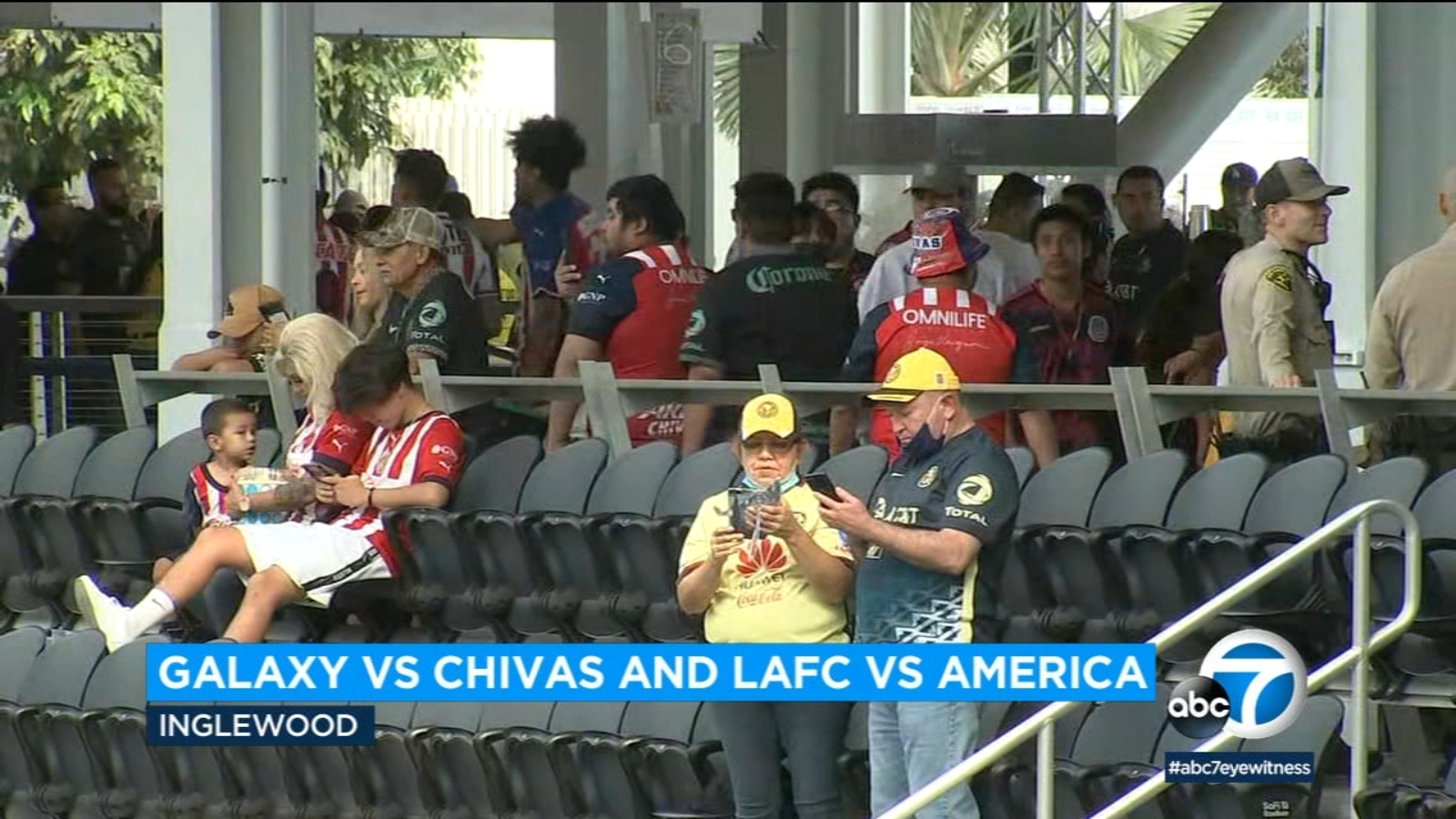 It was the first soccer match played at SoFi Stadium, which will host World Cup matches in 2026, and served as a prelude to the Leagues Cup competition between MLS and Liga MX clubs beginning next summer.

“I think now that the leagues, I think they’re closing and getting much closer, and I think there’s a lot of respect between the two leagues and the clubs now that exists in both leagues, and therefore I see the competition being taken serious,” Galaxy coach Greg Vanney said. “I do think the league, this league starting up next year is good timing.”

Joveljic, a Serbian national team player, stuck out his left foot to redirect a corner kick by Efrain Alvarez into the top netting in the 28th minute. With sideline space at a premium because of field-level suites, Alvarez put in an in-swinging ball, and Joveljic got to the near post ahead of two Chivas defenders to put the Galaxy ahead.

“Today, it worked because it was an amazing cross,” Galaxy forward Javier “Chicharito” Hernández said. “You can see it, (Joveljic) just touch it. He didn’t even like kick it, he just touched it.”

Perez made it 2-0 in the 63rd minute with a well-struck shot from outside the penalty box that beat Raúl Rangel to the lunging goalkeeper’s left. It was the first goal for the 19-year-old Perez with the Galaxy.

“Jonny obviously steals the show with a great goal. The kid’s a special player,” Vanney said.

Hernández, who was born in Guadalajara and started his career at Chivas, nearly put the Galaxy ahead in the opening seconds. He intercepted a poor back pass by Antonio Briseño after 15 seconds but could not get a shot away before Rangel made a desperation slide tackle.

Chivas had its own chances to score early on, the most dangerous forcing Jonathan Klinsmann to make consecutive reaction saves to deny Miguel Ponce from close range in the 25th minute.

Club America won in a seven-round penalty shootout over LAFC following a 0-0 draw in the nightcap of the doubleheader, which drew an announced crowd of 71,189.

José Cifuente put his kick over the goal and up into the stands after Emilio Lara converted his attempt.

Clearly treating the game as an exhibition as it leads the Western Conference and is on pace to win the Supporters’ Shield for the second time in its five seasons of existence, LAFC avoided disaster when Mamadou Fall had a straight red card for a tackle on forward Federico Vinas in the 40th minute reduced to a yellow by VAR.

Fall made a goal line clearance to keep out Lara’s blistering shot from inside the box in the 51st minute.

Gareth Bale came on as a substitute in the 62nd minute for LAFC as the Wales national team player and five-time Champions League winner continues to build up his fitness. Bale took and coolly converted the fifth penalty.