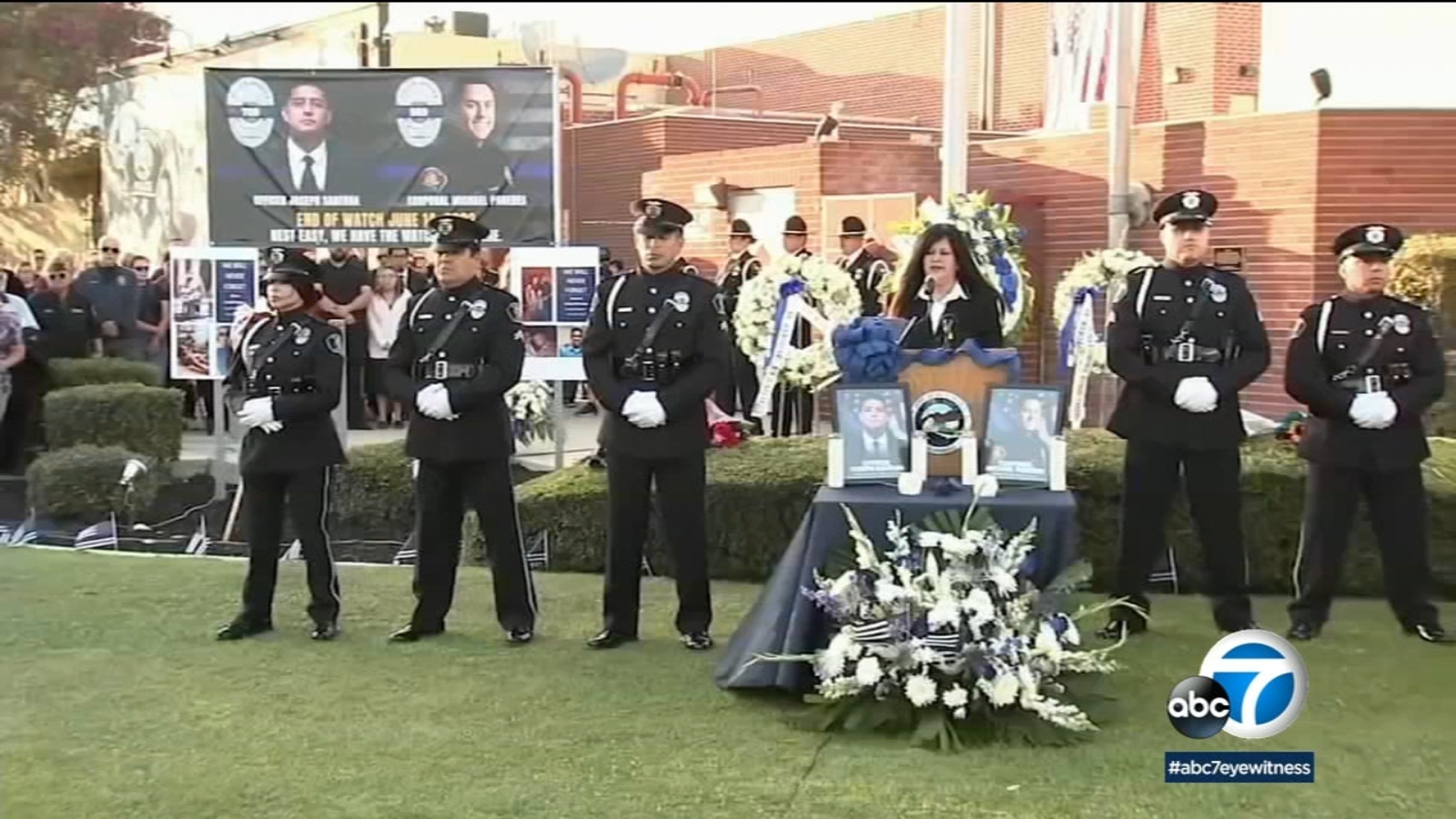 EL MONTE, Calif. (KABC) — One of the two El Monte police officers who were who were fatally shot last week in a shootout with a gunman has been posthumously promoted, officials announced.

Sgt. Michael Paredes was promoted from the rank of corporal. He was on duty in the capacity of Acting Sergeant when he and Officer Joseph Santana were killed in the line of duty.

“To honor his sacrifice, the El Monte Police Department saw fit he be promoted to the rank he last served as,” a news release from the agency said.

“Mike had always displayed excellent character, right down to his last moments on this earth,” Police Chief Ben Lowry said in a statement. “Mike was competent and had proven to be proficient in all the administrative functions that are required of a sergeant…Mike had the respect of all of us who worked with him. From this point forward, he will be remembered as Sergeant Michael Paredes.”

Memorial service plans for the two officers were also announced this week.

The memorial is scheduled to be held at 10 a.m. June 30 at the Toyota Arena in Ontario. The service will not be open to the public, but a livestream will be made available, organizers said. A procession is also expected to be held.

Paredes and Santana were fatally shot June 14 when they entered an El Monte motel room to confront a suspect in a reported stabbing. The suspect, 35-year-old Justin William Flores, ran from the room after the shooting and exchanged gunfire with at least one other officer in a parking lot, authorities said. He died at the scene of a self-inflicted gunshot wound to the head, according to the Los Angeles County coroner.

The fallen officers were honored at a vigil held Tuesday at Upland High School’s football stadium. Both Paredes and Santana were El Monte natives who lived in Upland.

Paredes served with the El Monte Police Department for more than 20 years; Santana was a one-year veteran of the agency.

“Our hearts are broken but they are also full of love, and I feel that right now,” police officer Frank Ramirez said, speaking from the podium at Tuesday’s vigil. “To the Santana and the Paredes families, I love you guys. To my brothers and sisters in blue behind, I love you guys. Two all the officers here, thank you for the support. Thank you, everybody in the stands. Thank you for supporting the families, all of us in this time of need.”

Earlier this week, the nonprofit Tunnel to Towers Foundation said it will pay off the mortgages — in full — of Santana and Paredes.

“These two men were answering a call for help when they were gunned down by a criminal out on parole, a criminal who should have been in custody but was set loose to terrorize this city,” the foundation’s CEO, Frank Siller, said in a statement.