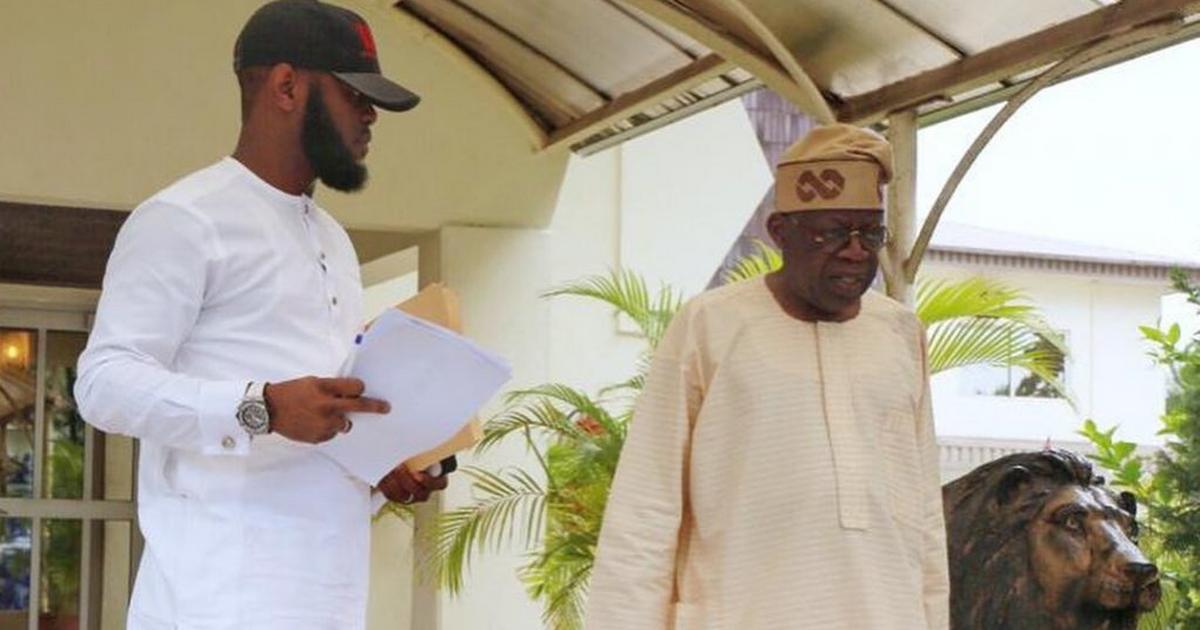 Seyi is the chairman of a digital and outdoor advertising company, Loatsad Promomedia Limited, service provider for various clients in Food and Beverages, Telecommunications, Energy, Banking, Pharmaceuticals, and the Lagos State Advertising Agency (LASAA), among others.

Taking to the social media platform, Seyi shared photos of his meeting with his father and the current Governor of Lagos State, Babajide Sanwo-Olu.

He said, “Yesterday (Tuesday), I sat with My leader and father, Asiwaju Bola Tinubu together with Mr Governor and my egbon, Babajide Sanwo-Olu.

“I was repeatedly reminded by both mentors that leadership is defined by results, not attributes or words alone.

“It goes without saying that, their records speak to their results. God bless them. #incomingpresidentofnigeria by God’s Grace #BAT23 #2ndtermiscoming #Lagos.”

Recall that the senior Tinubu had in January declared his intention to succeed President Muhammadu Buhari as Nigeria’s president.

Speaking with journalists after a meeting with the president, Tinubu said become Nigeria’s president has been his “lifelong ambition,” adding that he was still making consultations on the matter.

The APC presidential primary election has been slated for the end of May.