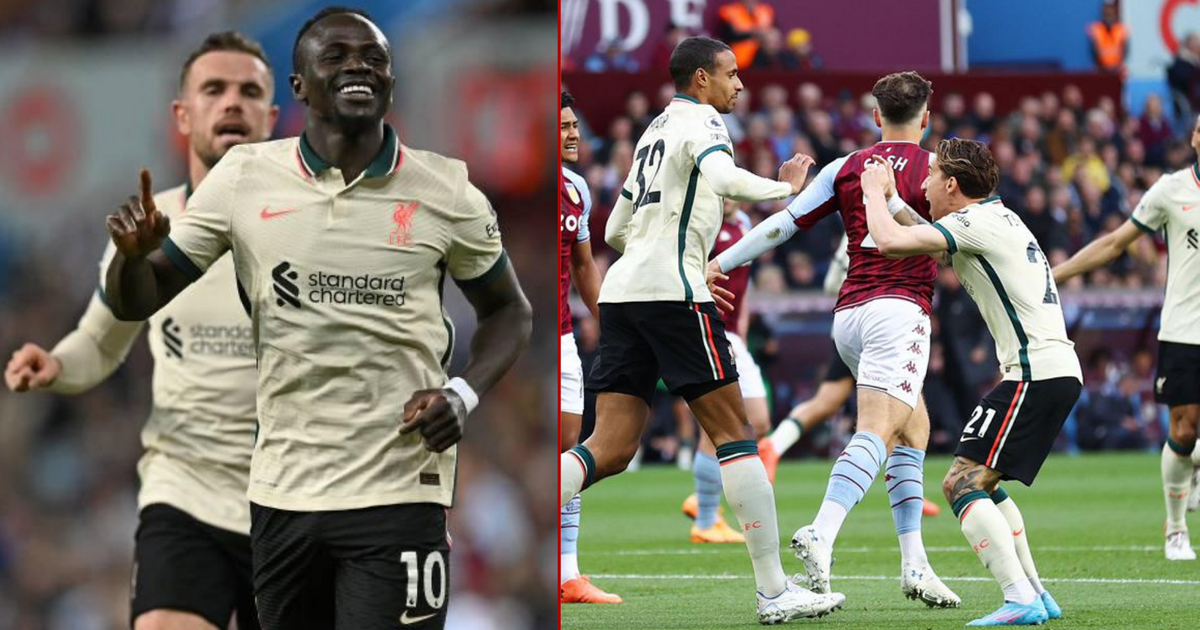 The Reds were hoping to once again leapfrog league leaders Man City, after suffering a setback over the weekend by settling for a draw against Tottenham hotspur.

However, the Reds rather began the game on the backfoot after Brazilian attacker Douglas Luiz found the back of the next just three minutes into kick-off to give Aston Villa a 1-0 lead.

However, the Reds soon roared back into the game three minutes later.

Joel Matip finding the back of the net to even the score for Liverpool at 1-1.

Matip’s equalizer would eventually see off the opening 45 minutes as both sides headed into the break all square.

The second-half got underway with the Reds desperately in search of a goal to put the away side ahead.

And their persistence paid off, after the in-form Senegalese attacker Sadio Mane found the back of the net to complete the comeback and put the Reds ahead for the first time in the game, with the scores at 2-1.

Mane’s header proved to be the winner in the game as Liverpool completed a comeback to ran out of Villa Park with all three points.

The win for Liverpool now puts the Reds level on points with defending champions Man City who play on later on Wednesday, as the premier league title race edges closer than ever to an epic finale.

Following the comeback win against Aston Villa, fans have taken to social media to hail Liverpool’s Senegalese attacker Sadio Mane; who has been superb for the Reds in the last couple of months.