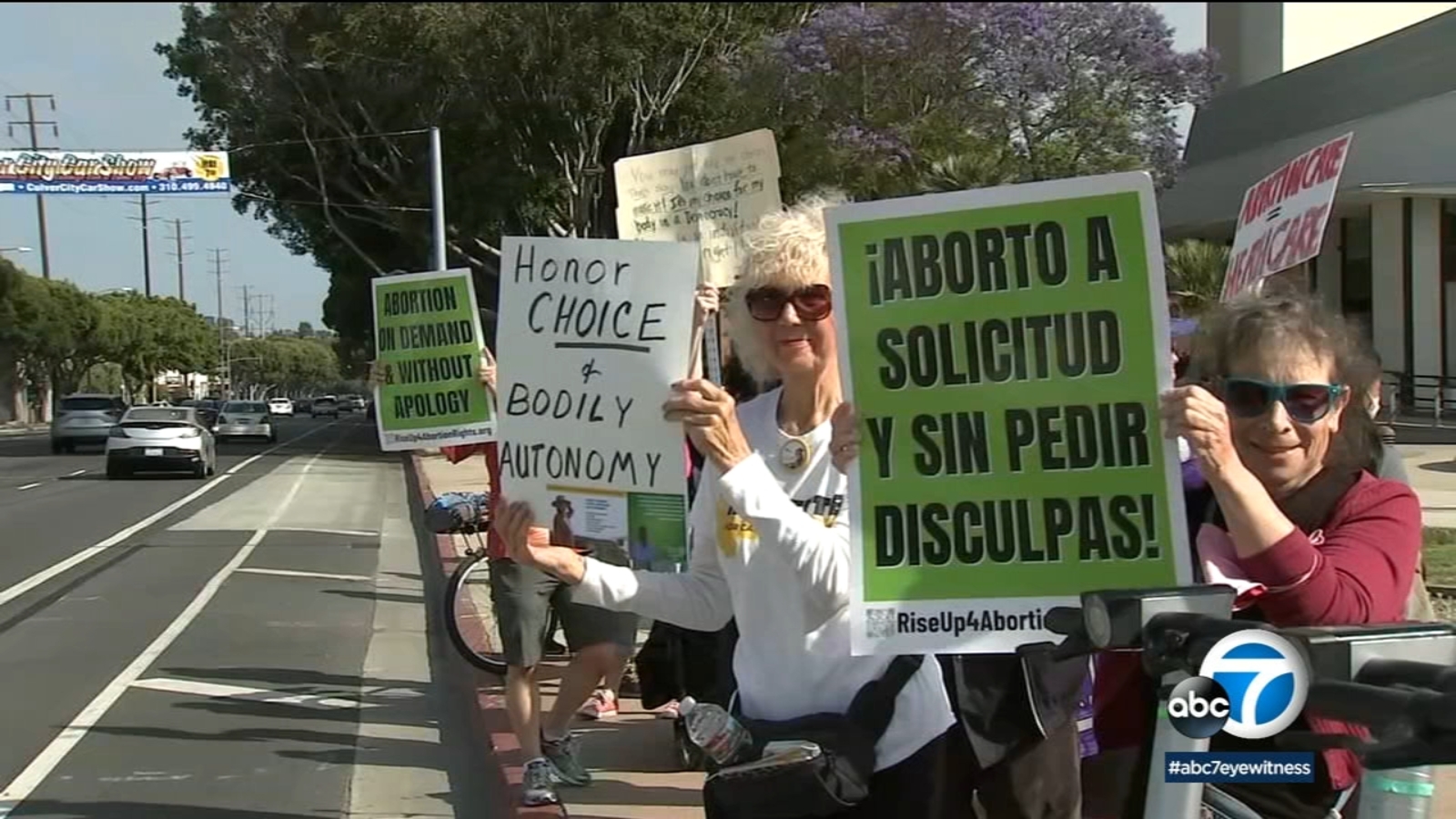 LOS ANGELES (KABC) — Demonstrators hit the streets around the U.S. Saturday as abortion rights appear to be on the brink of being drastically cut in half following a leaked document from the Supreme Court showing an early vote to overturn Roe v. Wade.

Demonstrators are outraged. A large group marched along the streets of East Hollywood, and rallied in support of abortion rights.

Protests took place across the nation and in several Southern California communities in reaction to a draft opinion from the U.S. Supreme Court that could lead to a decision to overturn Roe v. Wade.

If that happens, more than 20 states could impose severe abortion restrictions.

Activists attending a rally in West Hollywood promising to fight.

In Highland Park, police were called in when a confrontation between abortion rights protesters and counter-protesters outside a Planned Parenthood office became heated.

In Culver City, community leaders and residents marched, and rallied on a street corner in a show of unity and support.

“It’s devastating thinking about a world where my daughters, one here and then the other one, don’t have choice or control over their own bodies,” said Yun Woo.

“I pray that it’s not just this street corner, but that everyone who sees this, everyone who hears this news, will understand how serious this situation is,” said Sheva Gross.

Some of the activists taking part in Saturday’s events said they’re planning to launch a week of actions starting Monday.