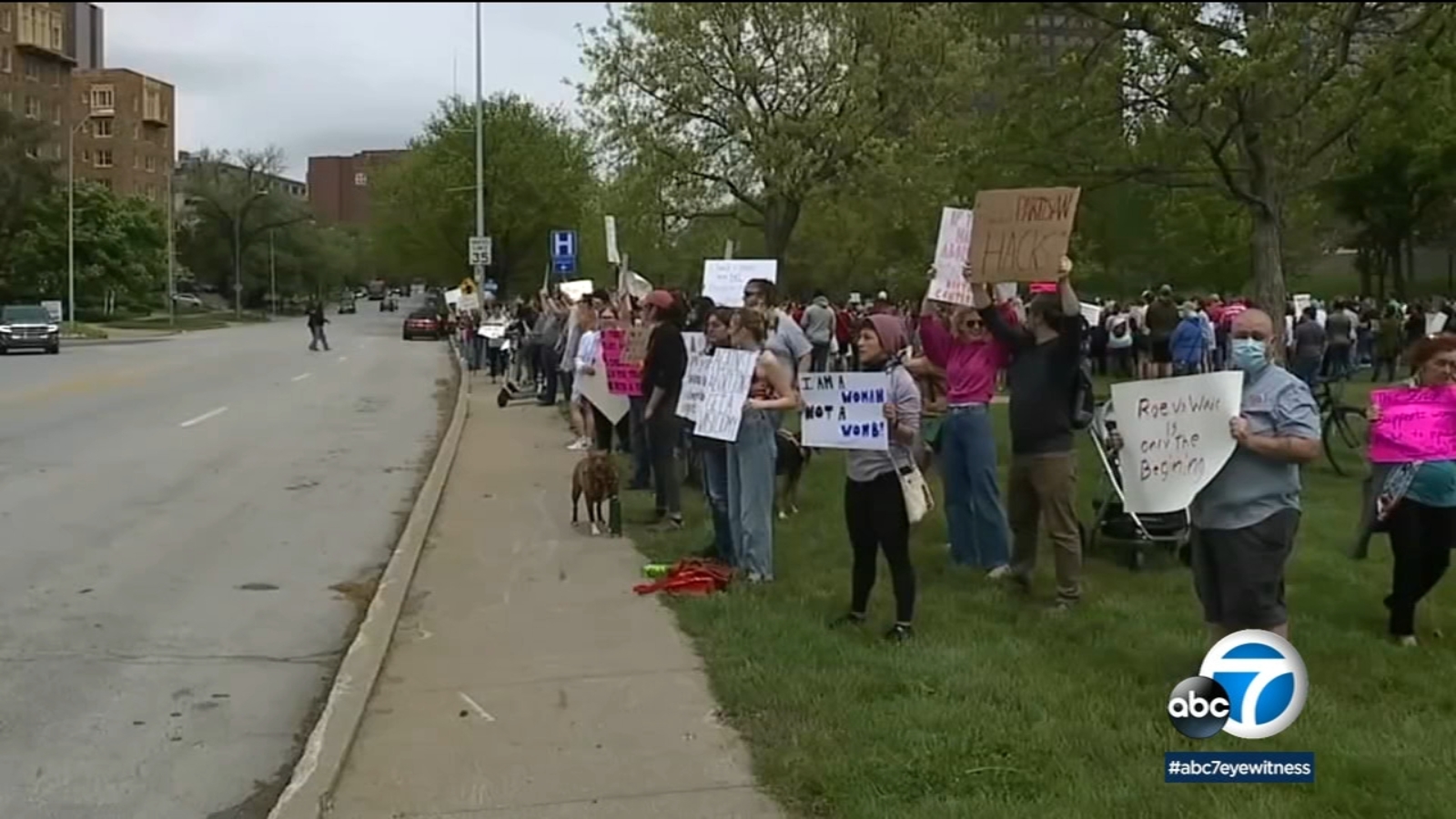 ABC News confirmed that the U.S. Marshall’s service is beefing up security details around individual justices, including at their homes.

Heightened security will also be present at Catholic churches across the country and anti-abortion organizations. In Madison, Wisconsin, the office of an anti-abortion lobbying group was vandalized and set on fire. No one has been arrested.

A message left behind in Wisconsin said, “if abortions aren’t safe, then you aren’t either.”

Two Catholic churches in Colorado were vandalized last week including one known for its annual anti-abortion display.

“We have not seen violence or vandalism against Supreme Court justices,” said White House Press Secretary Jen Psaki. “We have seen it at Catholic churches, that’s unacceptable. The president does not support that. We have seen it at some conservative organizations. We don’t support that…We know the passion, we understand the passion, we understand the concern, but what the president’s position is, is that should be peaceful.”

Democrats have vowed to take action, hoping to codify federal abortion rights protections. The senate is expected to vote Wednesday, but the measure is likely to fail.

“If we are not successful, then we go to the ballot box,” said Senator Amy Klobuchar Sunday on ABC’s This Week. “We march straight to the ballot box. And the women of this country, and the men who stand with them, will vote like they’ve never voted before.”

Planned Parenthood Los Angeles told Eyewitness News that their doors remain open, and that California is ready to help anyone who may lose their reproductive rights if the Supreme Court’s draft opinion becomes official.

“What’s changed now is that the public has an awareness that the right to choose, the right to access safe and legal abortion, even though it’s not been perfect, even though it’s left some behind, is, nevertheless, in grave jeopardy right now,” said Sue Dunlap, the President and CEO of Planned Parenthood Los Angeles. “And so the hope is that as folks rise up, we have the potential to make a difference in this moment.”

“I think California really should be focusing closer to home at meeting needs of mother’s and families here instead of trying to become the abortion destination for the entire country,” said Jonathan Keller, the President of the California Family Council.

The justices on the Supreme Court will meet in private this Thursday for the first time since the leak.