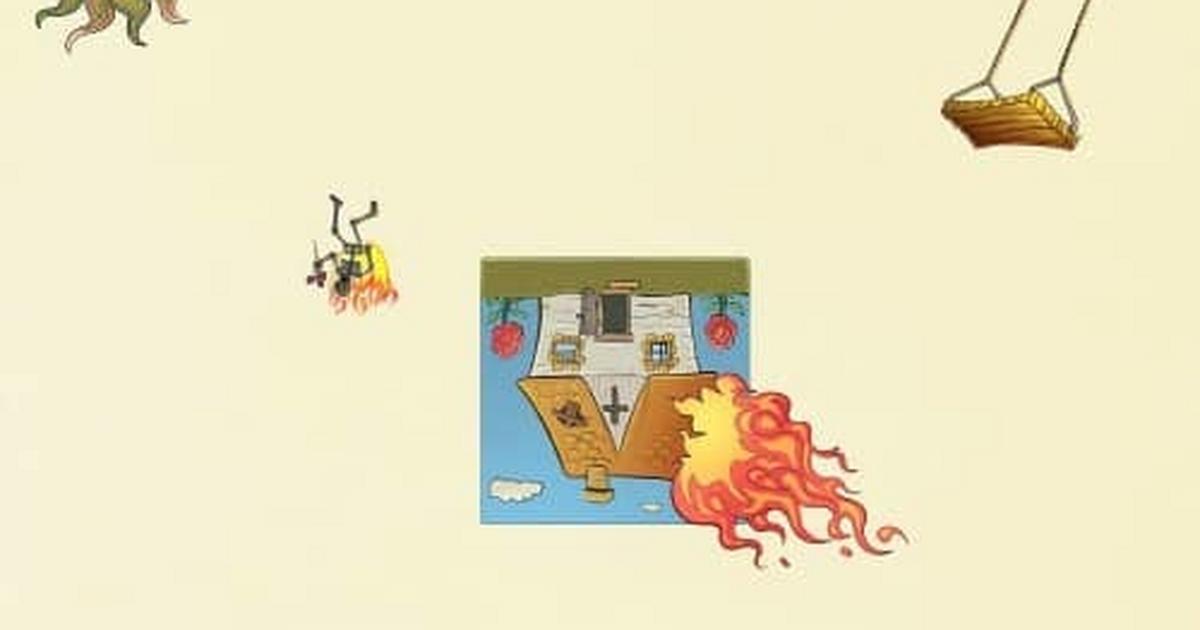 After watching the video, the average person would immediately understand why D’Prince traveled to Benin, to unearth his talent. He was blessed with incredible looks, great jawline on shiny dark skin. He had a great smile, a great voice and impressive technique. He found three pockets on that beat and switched flows thrice with the efficiency of a modern veteran rapper.

Above all, he oozed personality, bravado and panache. Even though he was coasting on another’s beat, he owned it, with every word dripping with riveting conviction. Less than one year later, he exploded onto the scene with Rema EP, a four-track section of hits; and a celebration of range on steroids.

While his voice has since cracked, it sounded innocent and fresh at the time. But he utilized it to perfection: no style, technique or delivery was repeated across four songs. Over the next seven months, he released two more EPs to further flex his now documented range. Rema Freestyles EP was a seismic offering to Gen Z gods of Trap, Emo and Cloud Rap.

His third EP was slightly more experimental, but ‘Bad Commando,’ which received mixed reception post-release, has become a Rema classic. Then came the introduction of his personality and brand.

At the 2019 Homecoming Concert, Rema entered the stage with that panache and bravado. He declared, “My name is Rema!” before taking off his ski mask to the cheers and adulation of everybody. Every interview was laced with depth, insight and copious amounts of confidence. Just after he was done carrying a teddy bear, he cut his hair and switched to a more endearing, mature ‘bad boy image,’ complete with grills and blings.

By the start of lockdown, everything he’d done in just one year nearly projected him as the centerpiece of his generation, and that came with expectations, which were sometimes unfair. ‘Beamer,’ ‘Woman,’ ‘Ginger’ and ‘Peace of Mind,’ were followed by ‘Bounce,’ ‘Soundgasm’ and ‘Calm Down.’

From that run, a less alluring, one-dimensional flow scheme, style and technique emerged, which was opposite the expectations, brand and style that he established within his first one year. He usually employed similar cadences, similar flows, similar adlib assonance/consonance, delivered through one-dimensional vocal exertions.

The only difference makers were Jae5’s ‘Dimensions’ and ‘FYN.’ The sustained wait for his album didn’t help with doubts around him from neutrals.

For a lot of non-stans, his belated 16-track debut album, Rave and Roses, aggregates those aforementioned unmissable flaws, especially on the first listen.

It would be hard to miss the similar flow schemes, similar approach to different beats, similar cadences and breath control, which makes the album seem one-dimensional, even when beats/genres are different, due to Rema’s uniform way of attacking Pop/Dance records. It doesn’t help that a chunk of the album is built on Caribbean elements by way of Dancehall, Bashment and Ragga.

It would be hard to miss repeated instances of weak attack points and weak progression to records with super-impressive opening seconds.

Of course, a lot of this would be unfair as well. Rema can’t change his voice, neither can he change who he is. However, some of those neutrals would feel like there’s more to give, buoyed by his opening one year as a major act. Expectation is a product of track record, brand and perception.

But that’s only one way to examine things.

Rave and Roses: The reality

When you are as talented and as celebrated as Rema, it can be a blessing and a curse. Your works generate enough noise to land them under finicky microscopes, where the human mind has a tendency to focus on flaws. When you are that celebrated, your work is digested fastidiously by non-stans, which makes it hard to miss the overall excellence of your body of work.

This is because nothing can satisfy human expectation, especially when it’s Rema’s debut album.

To clarify: ‘Rave and Roses’ is quite a good album. But a lot of people won’t properly enjoy it for what it is, until they step away from their own expectation bias, the rush of eagerness and the hype of social media, which can birth cynicism. One listen isn’t enough to truly appreciate the brilliance of this project, as a pop album.

And even on first listen, the brilliance of excellently executed records like ‘Divine,’ ‘Hold Me,’ ‘Addicted,’ ‘Are You There,’ and ‘Wine’ is apparent. You would also notice that ‘FYN’ sounds better as part of the album, while you’d also realize that ‘Soundgasm’ would have found greater success, if MAVIN had allowed listeners to discover it on this album, as opposed to being a pre-album single.

On subsequent listens, there will also be a discovery of the cinematic/orchestral elements to some of the production on this album. There will also be an appreciation of detail in the segue and smooth transition from ‘Divine’ to ‘Hold Me,’ replete with the cinematic sonics, which form the latter parts of the record. In fact, ‘Hold Me’ is practically screaming for sync royalties.

You would also appreciate the vision in the sequence of the album, and the sonic progression that it achieves. ‘Divine’ is the perfect opener and ‘Runaway’ is the perfect closer – even though the latter has forgivable filler tendencies, due to imbalance and imperfections. One could even argue that the album is split into two parts, led by ‘Divine’ and ‘Are You There.’

Others might also argue that the album comes in three parts: the opening nine tracks, then tracks 10 to 12 and then track 13 till the end. There’s a sonic cohesion achieved within those three blocks. Whoever arranged the tracklist was detail-oriented enough to make ‘Soundgasm’ follow ‘Calm Down.’ Both records share similar percussion and drums, albeit on different BPMs.

Such detail aids the smooth progression of the album, by way of smooth track-on-track transitions.

While a chunk of the album is built around pop-worthy topics of debauchery and hedonism, by way of alluringly vain appreciation of the woman’s body on ‘Oroma Baby,’ the detailed sex-talk on ‘Soundgasm’ and ‘Dirty’ or the softer impressions of ‘Love,’ the album weaves itself around ‘Divine’ and ‘Are You There,’ and they offer insights into Rema’s personality and sentiments, as Divine Okubor, the person.

‘Divine,’ which shares striking similarities with ‘Badman,’ Iyanya’s opener to Desire by way of strong introspective titbits, subtle celebratory tendencies, and sonics, passively offers insights into his drive and the formation of his nuclear family, now sadly depleted by death and grief.

‘Are You There’ offers insights into Rema’s attitude to societal and governmental politics. He reverberates empirical insights into the coping mechanisms of the average Nigerian, under the age of 35 – women, Dorime and vibes.

While over half of the album is rooted in Caribbean elements by way of percussion, chord progression or even delivery, ‘Addicted’ is a tie-breaker. An R&B/Soul record by way of eclectic Synth-Pop/Electro-Pop sonics. Rema coasts on missable well-written lyrics and impressive balance, which helps the record to excel. It’s so good that it could become an international smash hit, with the right feature.

One thing is clear: a lot of thought went into this album. And that’s what makes it a good listen, despite its flaws. This is a Pop album, which operates by the formation of a Pop album. Its flaws of lazy songwriting isn’t about scatterbrained penmanship, Rema’s songs feature easily trackable stories.

It’s a result of insipid approach, which has become peculiar to Rema over the past two years and the imbalance on certain tracks. Tracks like ‘Mara,’ ‘Dirty’ and ‘Time N Affection’ are built on great production and alluring opening seconds, but it’s hard not to get downcast by their respective hooks.

Even though ‘Jo,’ ‘Carry,’ ‘Oroma Baby’ and ‘Dirty’ ooze hit signature if they are properly serviced, they are slightly beset by similar trappings. Nonetheless, ‘Rave and Roses’ will eventually be judged on how it ages and the amount of hits it produces. From all indications, Rema’s debut could produce at least four more hits, and it’s likely to age like fine wine.

The flow and technique across the album is still significantly one-dimensional, but a listener tends to judge the album from the pop gaze, which then focuses on its strengths and the individual qualities of a lot of its songs.

A lot of its critics will play it again in some months or some years, and suddenly appreciate it, because it’s built on the art of Pop music and lamba. For that, it’s similar to Made In Lagos beyond the horns on ‘Down.’ ‘Rave and Roses’ is a similarly imperfect/flawed album, elevated by time.

That said, ‘Mara’ sounds like a filler that the album wouldn’t have missed, had it been cut. ‘Time N Affection’ only gets a pass because of Chris Brown’s streaming pull.

This Sunday, Rema will grace Africa Now on Apple Music Radio to chat with Lootlove. During the chat, he speaks about his ‘sound,’ Afro-rave, “I feel like my sound is destined to unlock territories. I’ve been blessed with the gift of sound, and it’s very easy for me. When I walk in the studio, I’m pretty sure I leave with a banger. That’s why the first word I say before I attack a beat is “another banger,” like I don’t even care however the song goes, I don’t know how it is gonna go, I just say it and I go for it…”

First off, even Rema couldn’t describe what Afro-Rave is, because there is absolutely nothing like Afro-Rave. He only describes his ability to make hits. This album is built on Dancehall, Bashment, Ragga, Afro-Pop, R&B and Electronic. There’s nothing new here and Rema hasn’t created a genre. There is no new style here, neither is there a rave element.

‘Afro-Rave’ a fickle figment of egotism, brought on by an artist’s need to feel like he’s doing something unique and new. Even if you sound unique, it’s not enough to create a whole new genre.

It’s good music that will age well, and that’s about it.

Kudos to Rema, his team and the MAVIN team for this one. They could have easily been crushed by the weight of expectation, but this album is more likely to be a win than not. A lot of thought went into it, and they will reap handsome benefits from an album with strong appeal to both the home front and the international front.

They stuck to what works and aimed to weave a good album experience around it, while some of those things are stretched a little further to improve the listener’s experience.

Regardless of how good this album is, Rema is still capable of better and greater things. There’s greatness in him, and he needs to be humble enough to find it.