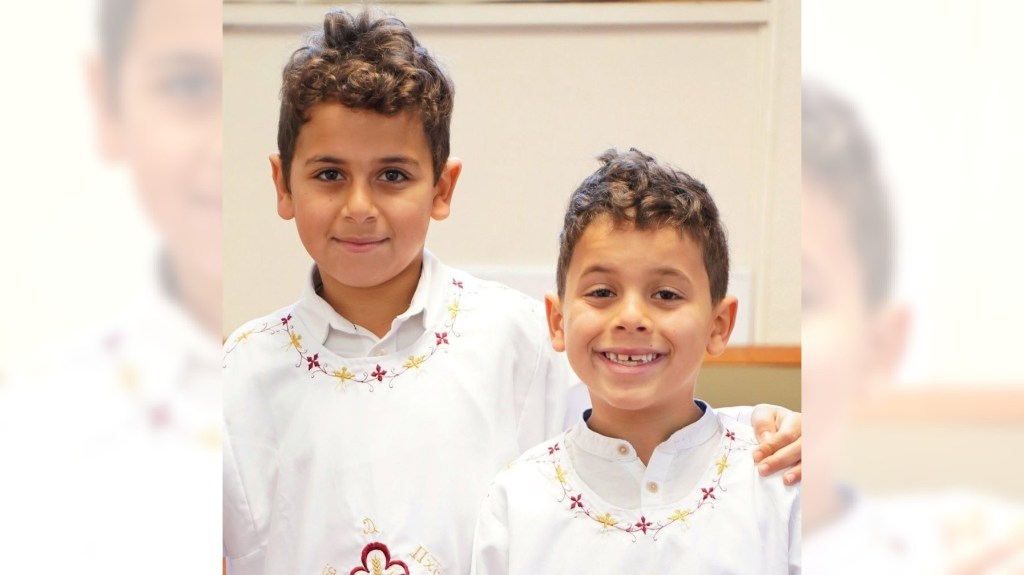 The co-founder of the Grossman Burn Foundation, who allegedly ran down two young brothers in a Westlake Village crosswalk and fled the scene, was ordered Thursday to stand trial on murder and other charges.

One of Rebecca Grossman’s attorneys, John Hobson, argued near the end of a roughly five-day preliminary hearing that the murder charges stemming from the September 2020 deaths of 11-year-old Mark Iskander and his 8-year-old brother, Jacob, should be dismissed.

The judge said she believed that the actions of the now 58-year-old Hidden Hills woman “went well beyond gross negligence.”

Samuels said Grossman, now 58, wasn’t rushing home, but was instead “playing a high-speed game of chicken” with former baseball player Scott Erickson, who was allowed over the prosecution’s objection to enter a diversion program for a misdemeanor reckless driving charge filed separately against him.

The judge said Grossman was initially driving 81 mph in a 45-mph zone in which she passed signs warning of a pedestrian crossing area and then slowed slightly to more than 70 mph before hitting the boys.

The boys’ mother, Nancy, who testified at the start of the hearing, told reporters that the court proceedings have been “a nightmare.”

“Not that it brought back any memories because I live with the memories every day,” she said outside court. “Like I said, it haunts me every night. I miss my boys every day because of the decisions that person made that night.”

Grossman was charged in December 2020 with two felony counts each of murder and vehicular manslaughter with gross negligence, along with one felony count of hit-and-run driving resulting in death.

She could face a maximum of 34 years to life in prison if convicted as charged, according to the Los Angeles County District Attorney’s Office.

The defendant is the wife of Dr. Peter Grossman, who is the director of the Grossman Burn Center in West Hills and son of the center’s late founder, A. Richard Grossman.

Rebecca Grossman is co-founder and chairwoman of the Grossman Burn Foundation and the former publisher of Westlake Magazine.

Outside court, another of Grossman’s attorneys, Dmitry Gorin, said the defense expects to file a motion asking another judge to reconsider the charges.

Grossman — whom the judge gave permission to drive after having been barred for driving for more than a year — is due back in a Van Nuys courtroom May 20 for a post-preliminary hearing arraignment. She remains free on $2 million bond.

Prosecutors allege that Grossman drove at excessive speeds on Triunfo Canyon Road and struck the two boys as they were crossing the street with their parents in a marked crosswalk on Sept. 29, 2020.

Sheriff’s officials said six family members were crossing the three-way intersection — which does not have a stoplight — in the crosswalk when the mother heard a car speeding toward them and both parents reached out to protect two of their children, but the two boys were too far out in the intersection and were struck.

The older boy died at the scene and his 8-year-old sibling died at a hospital.

Grossman allegedly continued driving after striking the boys, eventually stopping about a quarter-mile away from the scene when her car engine stopped running, according to the District Attorney’s Office.

In a conversation with an operator through a Mercedes-Benz service following the crash, Grossman said that she didn’t know if she had hit anyone and that she was driving down the road when her airbag exploded.

“I don’t know what I hit,” Grossman said in the recording when a 911 operator was patched in and asked if she had hit a person.

Deputy District Attorney Ryan Gould told the judge that Grossman “floored” the Mercedes-Benz’s accelerator, despite being familiar with the residential neighborhood where she was staying in a “staycation home.”

“How could she not know that’s dangerous?” Gould asked.

The prosecutor told the judge that Grossman had received two speeding tickets — including one in May 2020 and another in March 2013. The CHP officer who made the 2013 traffic stop told investigators that radar indicated Grossman had been driving approximately 92 mph on the 101 Freeway, and that he warned the woman that traveling at such a speed could kill or injure someone, Los Angeles County sheriff’s Detective Scott Shean testified Wednesday.

The sheriff’s detective testified that a blood-alcohol sample taken from Grossman after she struck the boys showed that her blood-alcohol level was 0.08% — the amount considered unlawful. Testing done by the Orange County crime lab showed a lower amount below the legal limit, according to a witness called by the defense.

Of the deadly crash, Hobson said, “The evidence supports that we have a tragic accident at this twilight time.” He said Grossman repeatedly expressed concern about the children once she learned they had been struck.

“I don’t stand here, your honor, saying I want this whole case dismissed …,” Grossman’s attorney told the judge, adding that it would “take courage” for her to do what he was asking.

Grossman was arrested by Los Angeles County sheriff’s deputies the day of the crash and subsequently released Oct. 1, 2020, on bond.