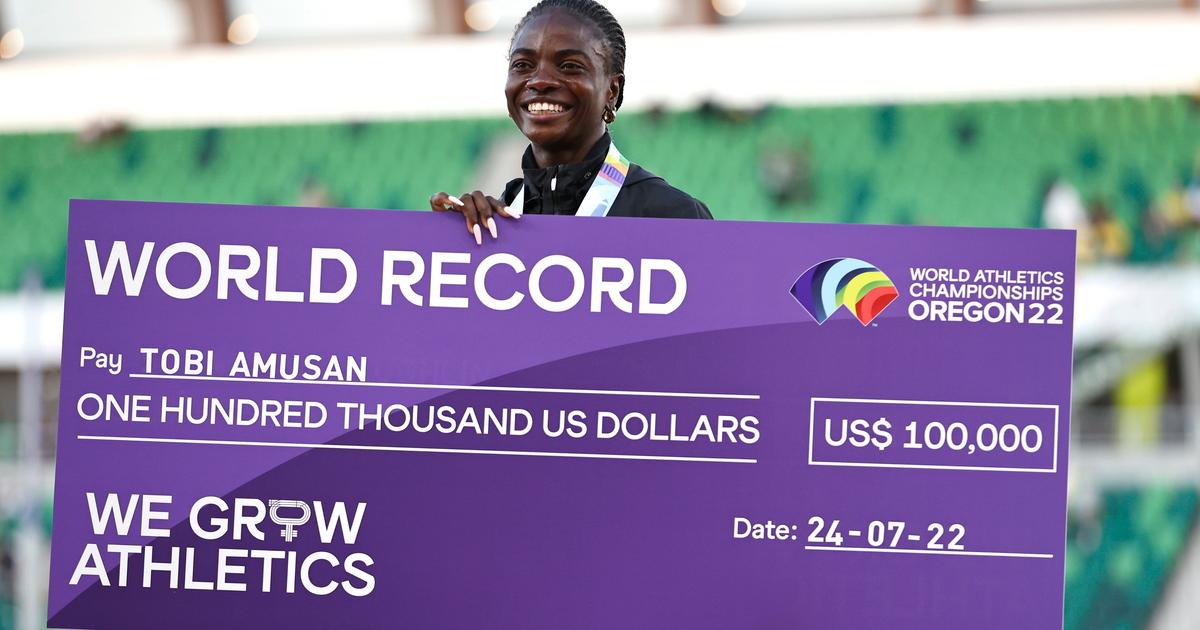 Amusan gets 100,000 dollars, for the 1st time since 2000, the Nigerian anthem was heard at the World Athletics Championships.

Going into the final day of the tournament, Team Nigeria were without any medals but there was hope.

Amusan would seize the opportunity to make history as she set a new world record it a time of 12.12 seconds

Amusan became the first woman to run that time in the 110 meter hurdles, it was the first world record by any Nigerian woman in history.

Nigerian-American former linebacker Emmanuel Acho who played in the National Football League and is currently working as an analyst for Fox Sports 1 said, “New WORLD RECORD in the 110mh by Nigerian hurdler, Tobi Amusan in a time of 12.12.

Jamaican track and field specialist Danielle Williams, who competed against Amusan in the final was happy for her achievement.

Speaking to the media after her victory Amusan said, “You know I’m elated, it’s been a journey and I’m thankful to god for keeping me healthy and I couldn’t be more thankful to have come out here with the wind and the world record.”

About the world record she added, “You know coming into the semis I knew it was a it was a very competitive field so the goal was to execute.

Following her victory, Amusan was rewarded with a 100,000 dollars for setting a new world record.