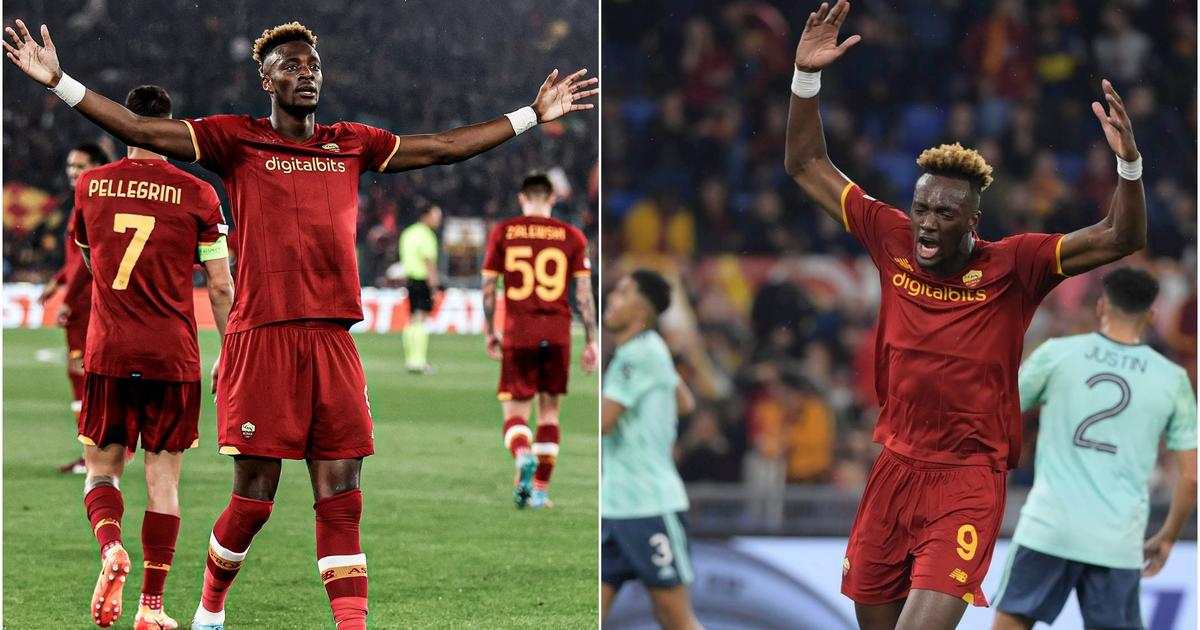 Mourinho has the chance to be the first coach to win the Champions League, Europa League and Europa Conference League.

The Serie A outfit recorded a 1-0 victory against Premier League giants Leicester City in a second leg semifinal fixture played on Thursday, May 5, 2022.

Leicester City recorded a 1-1 draw against Roma in the first leg played at the King Power Stadium in the United Kingdom.

With just 11 minutes gone, AS Roma were in front as Tammy Abraham converted a ball through to him by Lorenzo Pellegrini.

Super Eagles stars Ademola Lookman and Kelechi Iheanacho featured in the game but could not find the back of the net for Leicester City.

Lookman was taken off for Daniel Amartey while Iheanacho was introduced in place of Harvey Barnes at halftime.

Abraham’s strike would be the only goal of the game as AS Roma withstood late pressure from Leicester City to book a spot in the final.

Fans took to social media to give their thoughts on Mourinho getting to another European club competition final.

The ‘Special One’ now has a chance to make history when AS Roma takes on a Cyriel Dessers inspired Feyenoord in the final.

See reactions to Mourinho’s Roma below