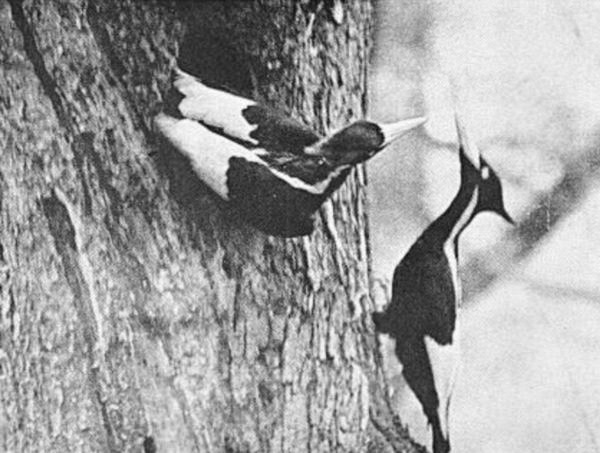 A couple of items about rare birds popped up today.

First came the Arkansas Democrat-Gazette’s debunking of the sighting in Hot Springs of a bird thought to be extinct. ‘April Fowl’s’ prank, it turned out. The photo was of a wood carving of the extinct Eskimo curlew, not a live bird.

More intriguing news comes via Guy Lancaster at the Encyclopedia of Arkansas History.

He tells us of a blog item reporting on research in Louisiana that claims to have turned up indication of the survival of the ivory-billed woodpecker. Yes, that woodpecker. It has been officially declared extinct after a hubbub over a potential sighting in the big woods of Arkansas that couldn’t be substantiated.

The item reads like it is NOT another April Fool gag. But it’s not definitive. The paper on the possible sightings has not been peer-reviewed. More work is needed, as the item says.