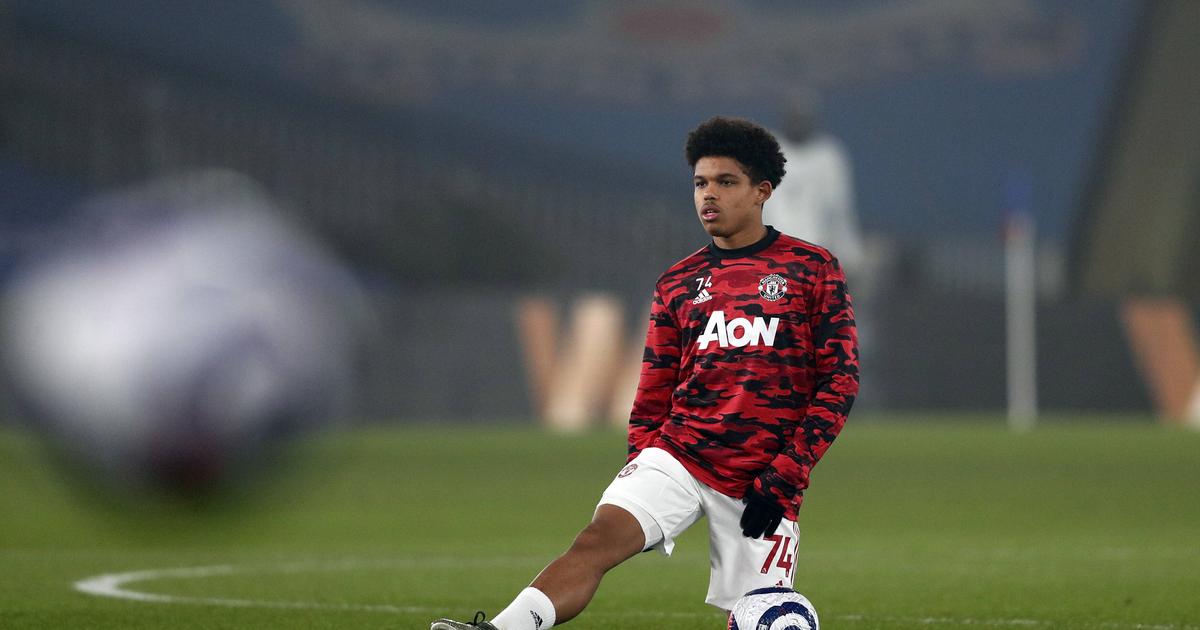 With Paul Pogba, Scott McTominay and Fred all out injured, United are currently lacking personnel in midfield positions.

In the midst of this injury crisis, Manchester United caretaker manager, Ralf Rangnick turned to two youngsters in Hannibal Mejbri and Alejandro Garnacho in the 4-0 defeat away at Liverpool.

And now with the team set to face Arsenal away from home, it appears Rangnick may be set to trust another youngster in a big game after inviting Shola Shoretire to train with the first team on Thursday, April 21 2022.

The English midfielder of Nigerian descent plays predominantly for Manchester United’s youth teams where he has scored eight goals and assisted nine times in 27 games.

But Shoretire also has some experience with the first team for whom he has featured once before. The 18-year old played just once for the first team against BSC Young Boys in the Champions League.

Shoretire plays primarily as an attacking midfielder in the number 10 role but is also versatile enough to play out wide on either flank as well which makes him an asset to the team.

Shola Shoretire was born in Newcastle, England to Nigerian parents and has represented England at the under-19 level.