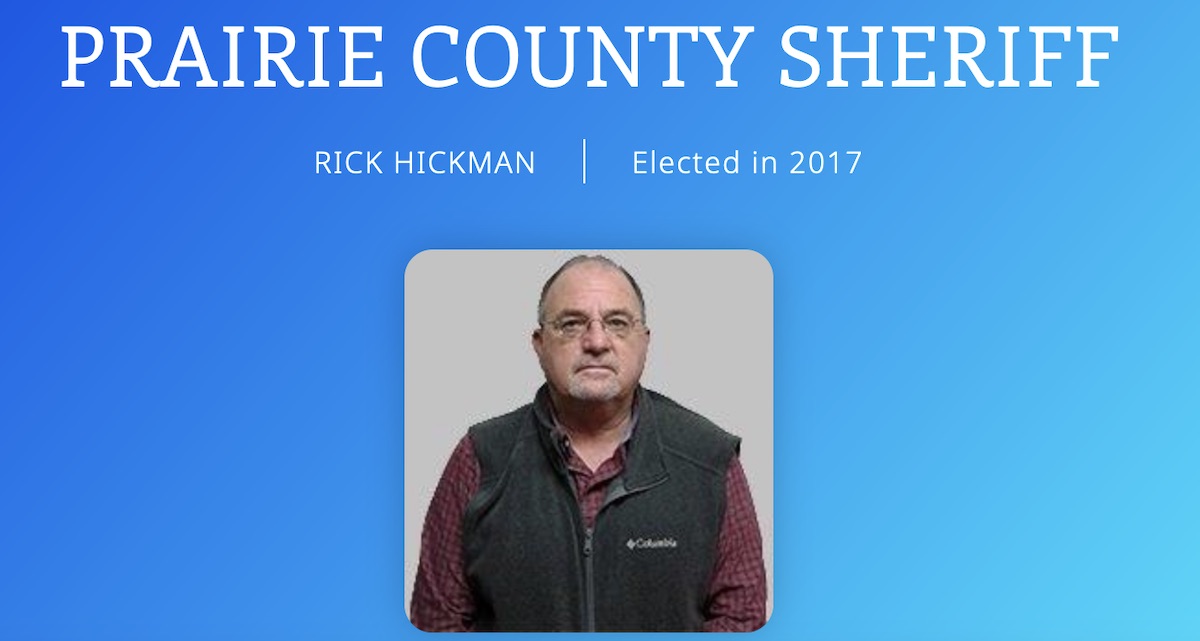 Mitch McCoy with KARK has a story today about insidious racism in Prairie County law enforcement.

After being caught on a recorded phone call where he used problematic language in talking about murders in a predominantly Black neighborhood, Prairie County Sheriff Rick Hickman indicated he didn’t know what all the fuss was about.

He admitted he uses racial slurs, but says it’s no big deal. “It is what it is. Everybody does it. I don’t use the N word a lot, but occasionally I might have said it.”

Damn, Prarie County this who y’all voted for? pic.twitter.com/AArDJkBwB6

Arkansas sheriffs don’t have the best track record on this kind of thing lately. You’ll likely recall a couple of years ago when video of Arkansas County Sheriff Todd Wright using racial slurs made the rounds, forcing him to retire.

Hickman, a Republican, is running for re-election, facing fellow Republican Arlin VanHouten. Voters cast their ballots in the Prairie County sheriff’s race on May 24.