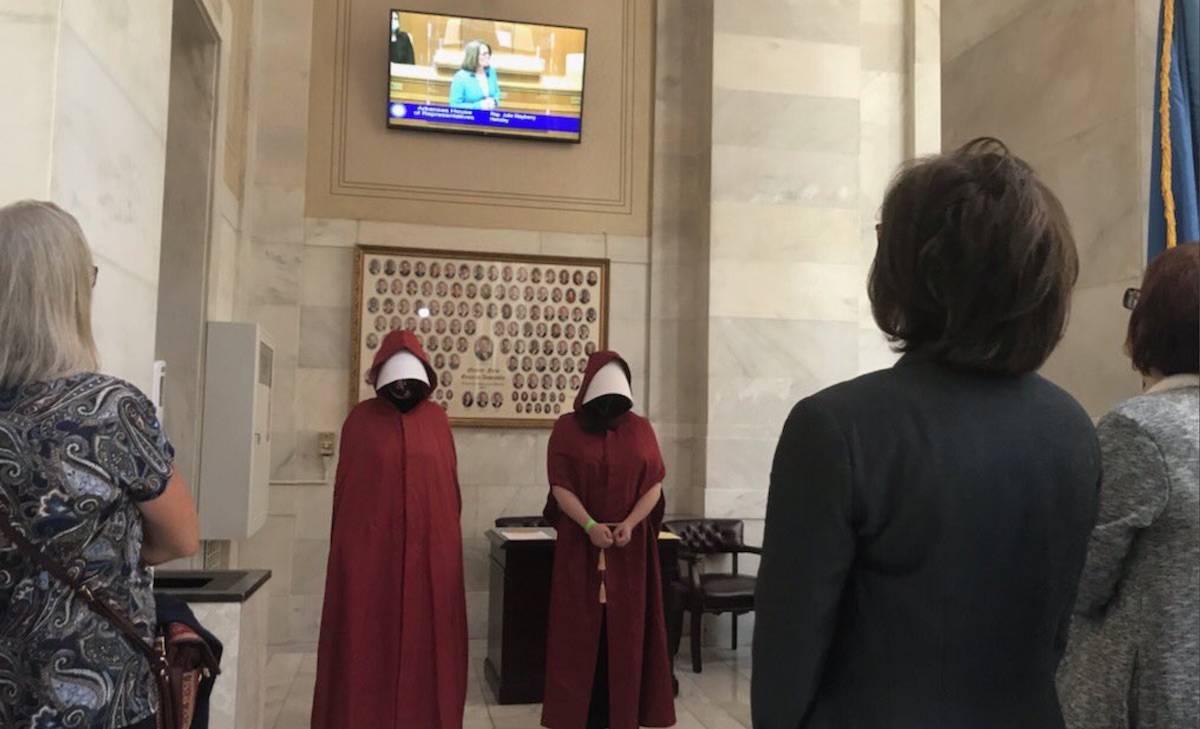 Here is Louisiana’s new fetal personhood bill—which House Republicans just voted out of committee 7–2—making abortion a crime of homicide “from the moment of fertilization” and allowing prosectors to charge patients with murder. https://t.co/DJahoVd7mN

Louisiana is first out of the gate with a proposal to prosecute women for murder for having abortions in the post-Roe world. (Actually, the bill says Louisiana need not follow whatever Supreme Court precedents might be in place.) Will Arkansas be far behind?

From fertilization. No Plan B for the sluts! Lock them up! Miscarriages and in vitro fertilization procedures also could become crimes.

I’m also wondering how soon Arkansas will join the chorus calling for use of Samuel Alito’s leaked reasoning to bring the case to overturn the precedent protecting same-sex marriage? Can’t happen? Right. Just like Gorsuch, Kavanaugh and Barrett testified under oath that Roe was settled law.