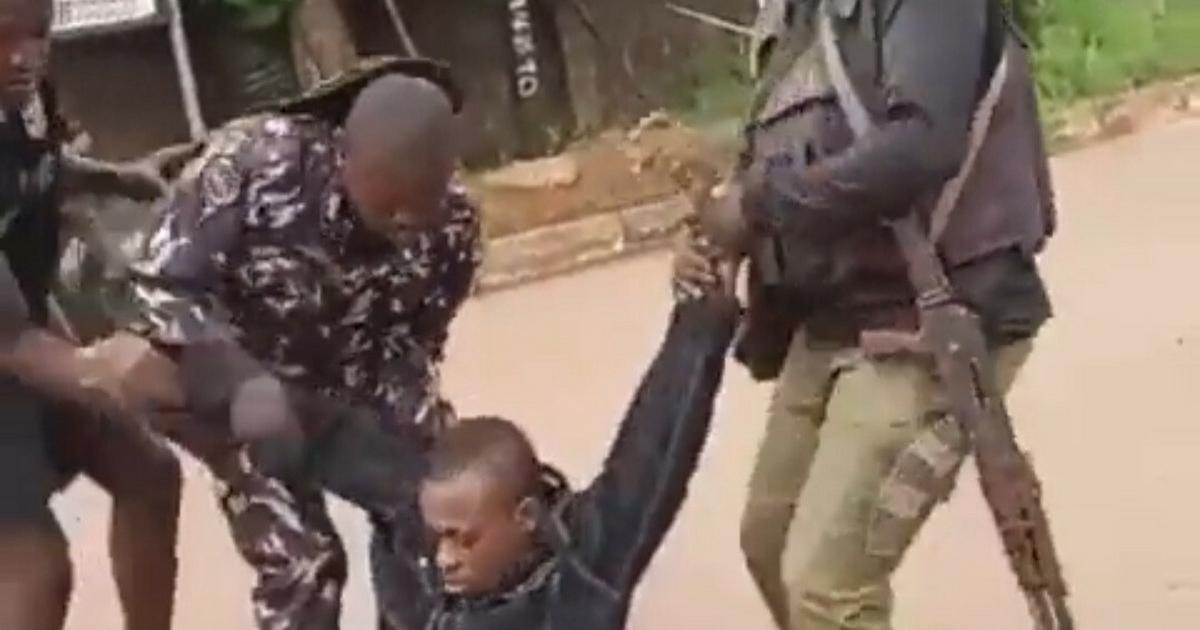 Ogwuike, who was driving a Lexus SUV alongside his fiancée when the incident happened on Thursday, July 21, 2022, according to an eyewitness, refused to give the policemen the N5,000 bribe they were asking for.

The incident happened at the Monkey Roundabout close to the Zonal Office of the Economic Financial Crimes Commission (EFCC).

“When he stopped, one of the policemen, who were six at the time, asked him to clear from the road and come down. I don’t know what transpired again, but I saw when they started shouting. I overheard the guy saying he won’t give them N5,000.

“The next thing I saw was when the policemen dragged the guy out of his car and shot him point blank. They also demobilized his car and took him away,” the eyewitness who spoke on a condition of anonymity, was quoted as saying.

Confirming the incident, Enugu Police Public Relations Officer (PPRO), Daniel Ndukwe explained that contrary to the claim that the officers shot the victim for refusing to give them a bribe, Ogwuike didn’t comply when he was flagged down in his car.

According to the police spokesperson, Ogwuike knocked down one of the officers as he recklessly zoomed off after disobeying the policemen who stopped him for a search.

Ndukwe said the officers resorted to shooting him in order to refrain him for causing more harm and escaping.

“The driver, rather than stop, recklessly zoomed off, knocking down one of the operatives and pulling him along to a distance of about four poles, before he was forced to stop by other members of the team, who immediately went after him.

“In the bid to restrain the driver from further escape, one of the operatives fired a knee-level shot, which got him (driver) in the thigh,” he stated.

Both the policeman who was knocked down by the car, Inspector Aneka Ndayi, and the driver, were immediately rushed to a hospital for treatment.