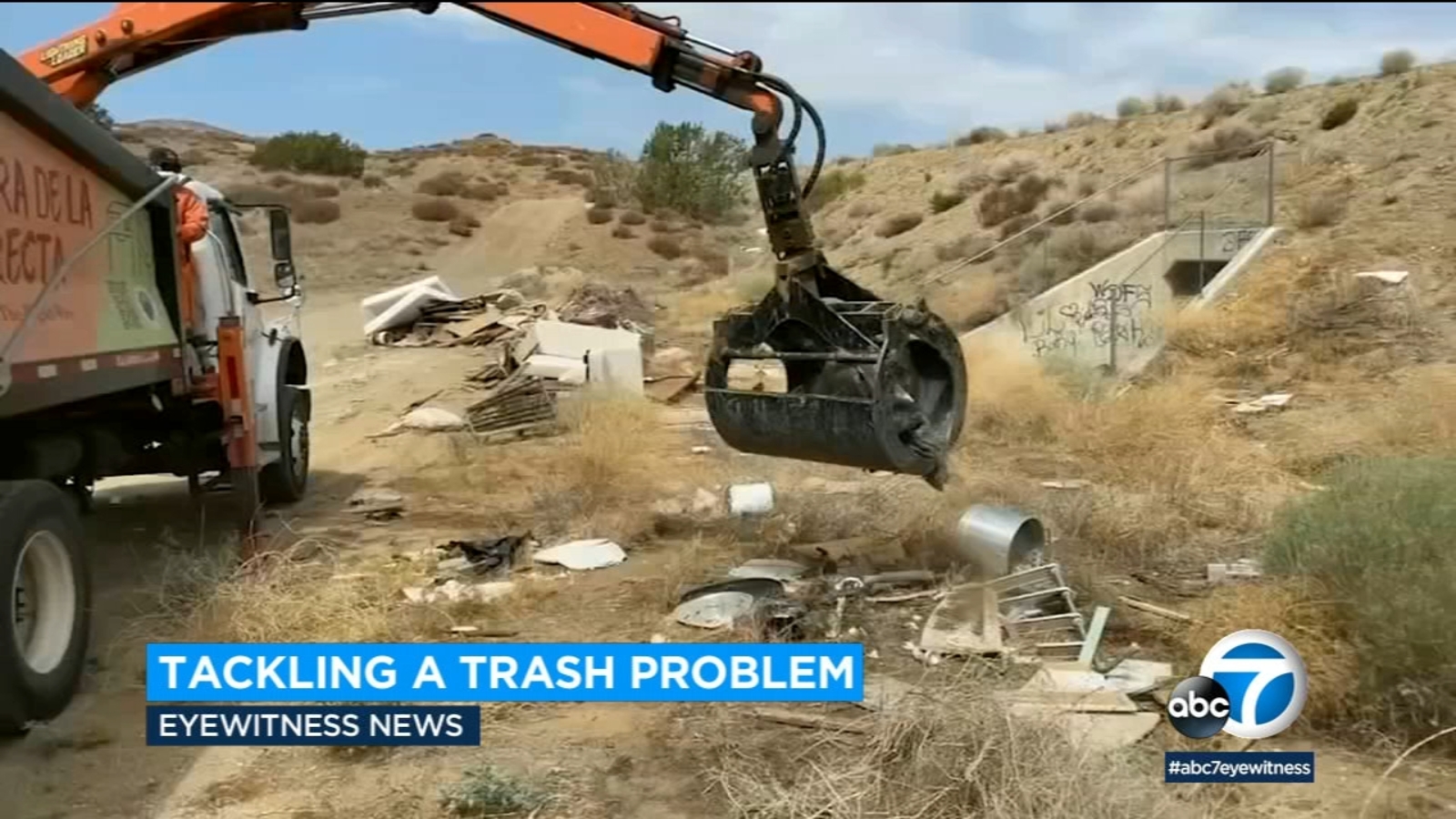 PALMDALE, Calif. (KABC) — Illegal trash dumping in Palmdale has become a major menace. Work crews are out daily scooping up tons of trash littering fields and neighborhoods throughout the area.

City maintenance supervisor Bruce Roadhouse says the city picked up and hauled away 244 tons of trash in April alone.

And he says it’s only gotten worse.

The city had 100 work orders come in in one month just for picking up trash, he says. If they didn’t have work crews out picking up mountains of garbage the city would look and smell like a landfill, Roadhouse says.

The garbage is coming from homeowners, contractors and even from out of town.

The lake is now gated in hopes of preventing people from littering the nature wetland.

“It is a sad situation with taxpayer dollars having to pick up trash that people could take to the dump or call a waste handler and they’ll come to their house,” Roadhouse said. “They give two free bulky pickups a year. Obviously they’re not taking advantage of that. It’s just easier to go dump in the desert.”

Roadhouse says he’d rather have his personnel assigned to fixing potholes and cleaning storm drains. But instead he has to have them out every day picking up trash that’s dumped where it doesn’t belong.

Dumping trash in public places is illegal but Roadhouse says catching people in the act is almost impossible.