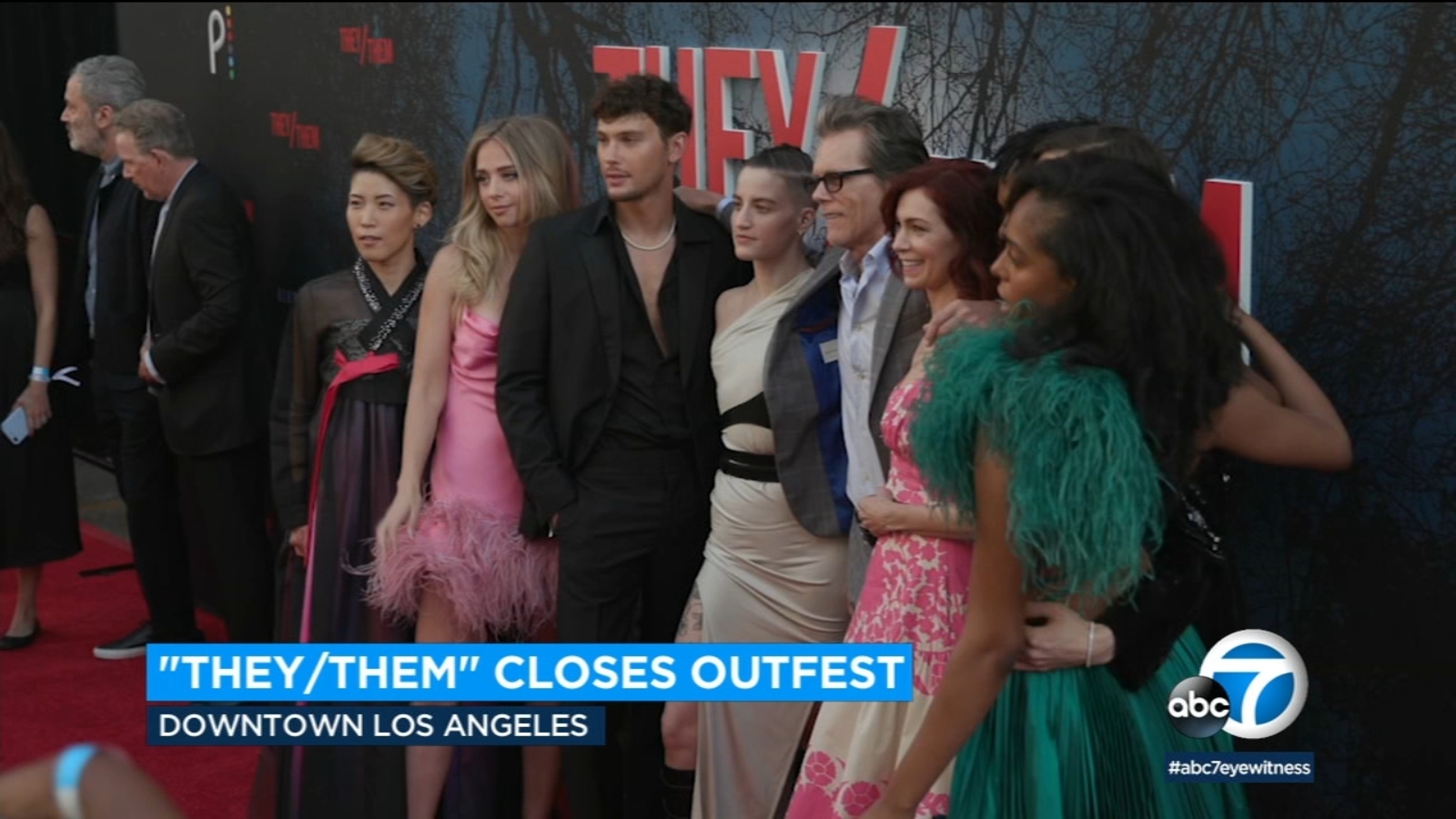 The LGBTQ+ film festival wrapped up with the world premiere of “They/Them,” the directorial debut by Oscar-nominated screenwriter John Logan.

Kevin Bacon and the rest of the cast walked the red carpet.

The film is set in an LGBTQIA+ conversion camp. The cast talked about the importance of this queer/horror mashup, how representation in all genres is necessary and the pure fun of this also being a good old-fashioned slasher film.

This year was the 40th anniversary of the film festival.