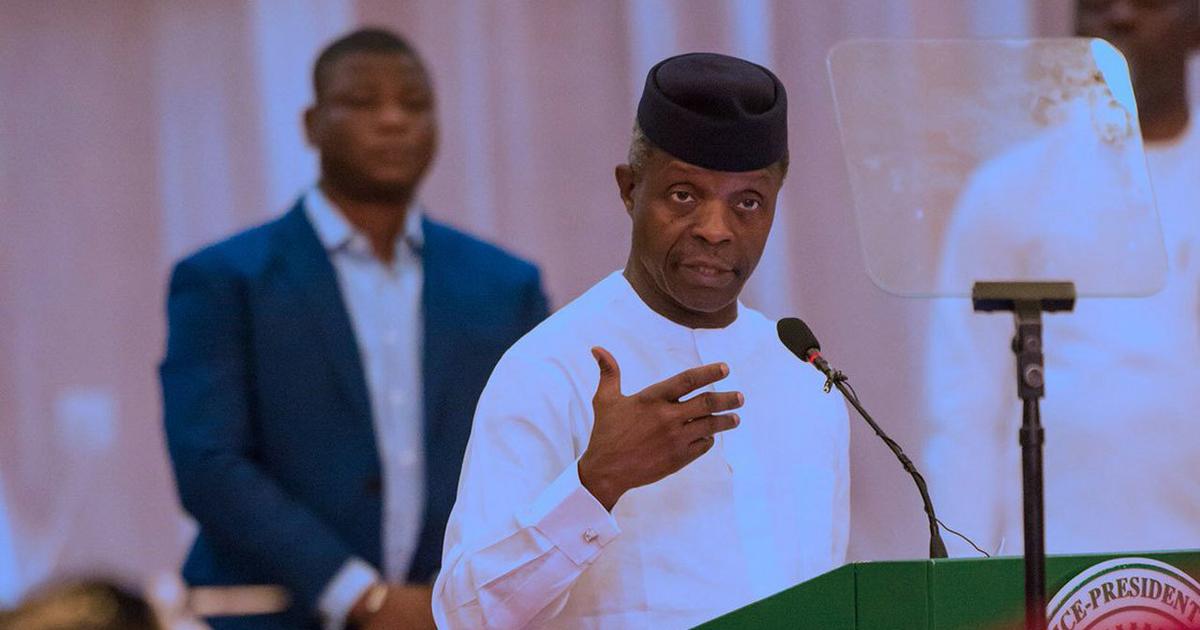 The vice president, who was the Special Guest of Honour, spoke on the theme of conference: Facing Forward – The Evolving Nature of Boards in a Rapidly Changing World.

Osinbajo advocated for more female representation in leadership positions in government and across different sectors.

“As an economic imperative and not a moral duty of men or mere concession by men.

”A country that keeps down half of its productive demography is bound to perform sub-optimally.

He said that the high levels of female illiteracy was dangerous from all possible standpoints.

The vice president said that if half of the population was uneducated, it meant that development and being competitive in a knowledge-driven world would not happen or would happen too slowly to be of much use.

According to him, educated women means educated children.

“And this is the pipeline for women who will become CEOs, legislators, government officials and bureaucrats.

Osinbajo urged for more efforts by governments at all levels in improving girl child education.

He said that there was a much larger fight for the future of a large majority of girls who were not even represented in primary schools.

“We must talk to state governors; the states of the federation control primary and secondary education; they must be engaged in the advocacy and persuasion efforts.”

Osinbajo highlighted how a study on the Lagos judiciary showed the significance of female representation in driving positive societal change and reforms.

“I think a question that always seems to pop-up in conversations on the subject is: Do women do better than men in the same positions, or are men better performers on the job than women?

“The arguments will go on and on.”

He recalled his experience as Attorney-General in Lagos State.

The vice president said that when he was appointed Attorney-General in Lagos in 1999, one of the major problems with the judiciary was corruption.

“We conducted a study of 200 lawyers who practice in the in the High courts of Lagos State, 89 per cent of them said that judges were notoriously corrupt.

“We started a reform which involved compensation and discipline.

“But also, a deliberate head-hunting of female lawyers, many of whom had no previous courtroom experience, but were outstanding as academics, corporate lawyers and solicitors.

“When we announced our list of new appointees of 52 judges, seventy five percent of them were females.

”In 2007, when the World Bank joined us in our survey of 200 lawyers, we asked the same question on perception of corruption in the judiciary as we asked in 1999; this time, zero (0) per cent said judges in the high court of Lagos were corrupt.”

He said that though many of the judges had not been in practice, they had turned out to be easily amongst the most outstanding judges in the country.

“Now there are many variables here, and we cannot say categorically that women make better and more honest judges than men; but the Lagos judiciary has shown that there may be a point in thinking that way,” he said.