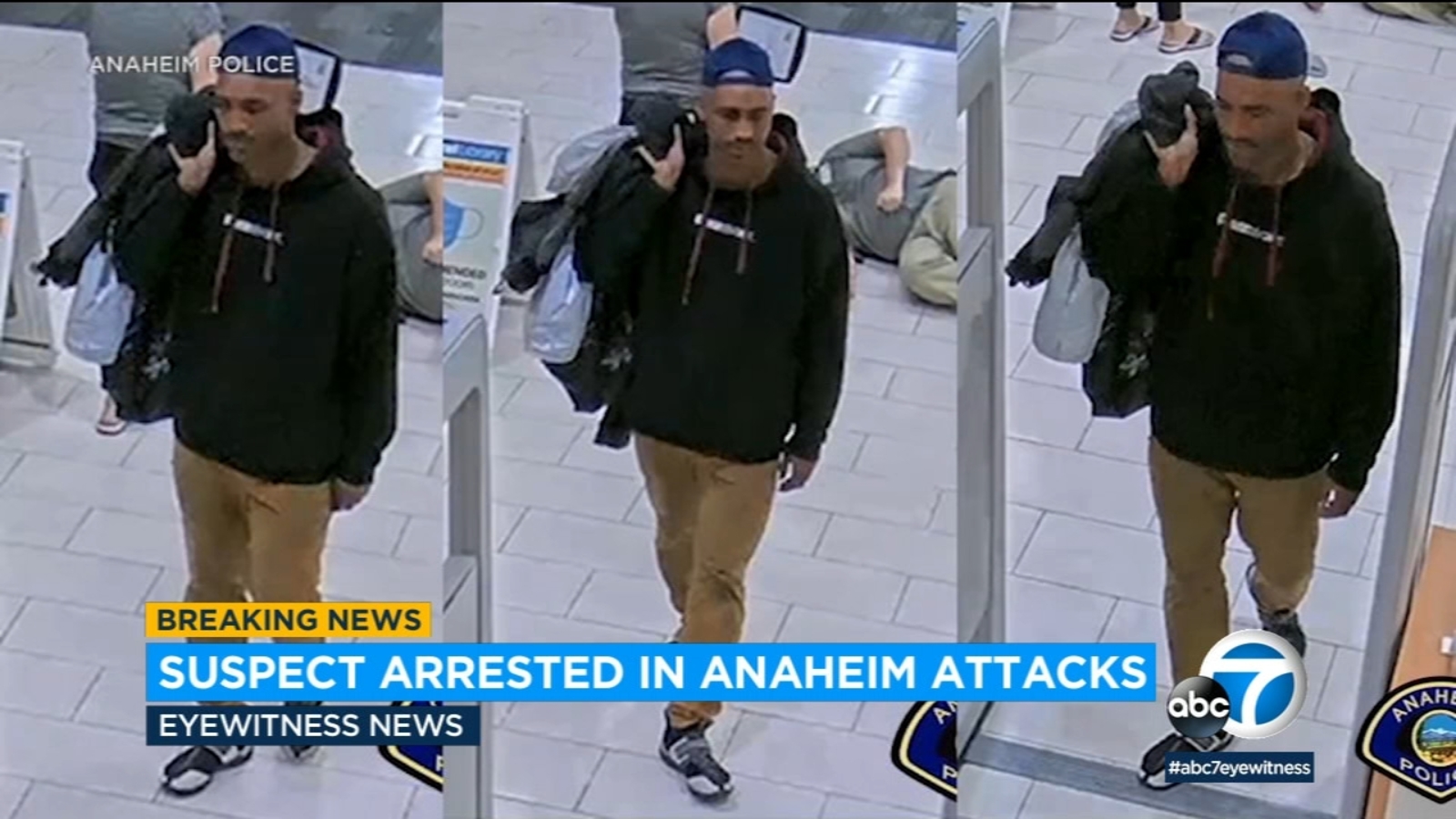 ANAHEIM, Calif. (KABC) — The man wanted in connection to two violent and random attacks in Anaheim earlier in March has been arrested.

Both attacks were caught on surveillance video.

Police say 32-year-old Ivory Julian Anderson Jr. allegedly assaulted a Target store customer and a library worker within two hours of each other.

At about 6:15 p.m. on March 3, an Anaheim Central Library clerk was knocked unconscious and had to go to the hospital. Police say the suspect approached the library clerk as the clerk walked across the library’s main entryway, stepped into the path of the victim, and struck him once.

“He did in this front of a bunch of women and children that are in the library, and everybody looked shocked,” said Sgt. Shane Carringer with the Anaheim Police Department. “He just steps over this unconscious victim … even appears to look over his shoulder and possibly laughs and smiles as he walks away.”

The library employee has since recovered from a laceration to the back of his head, and is back at work, officials said.

Two hours earlier, Anderson Jr. allegedly entered a Target store in the 100 block of S. Euclid Street, forcibly shoved a customer standing near a cash register, and then began chasing the victim around the store.

The Target customer was not seriously hurt.

Friday night, detectives took Anderson Jr., who police say is a transient, into custody in the area of Broadway and Manchester Avenue in Anaheim.

Police say Anderson Jr. admitted to both assaults. He was booked at the Orange County Jail for assault, causing great bodily injury.