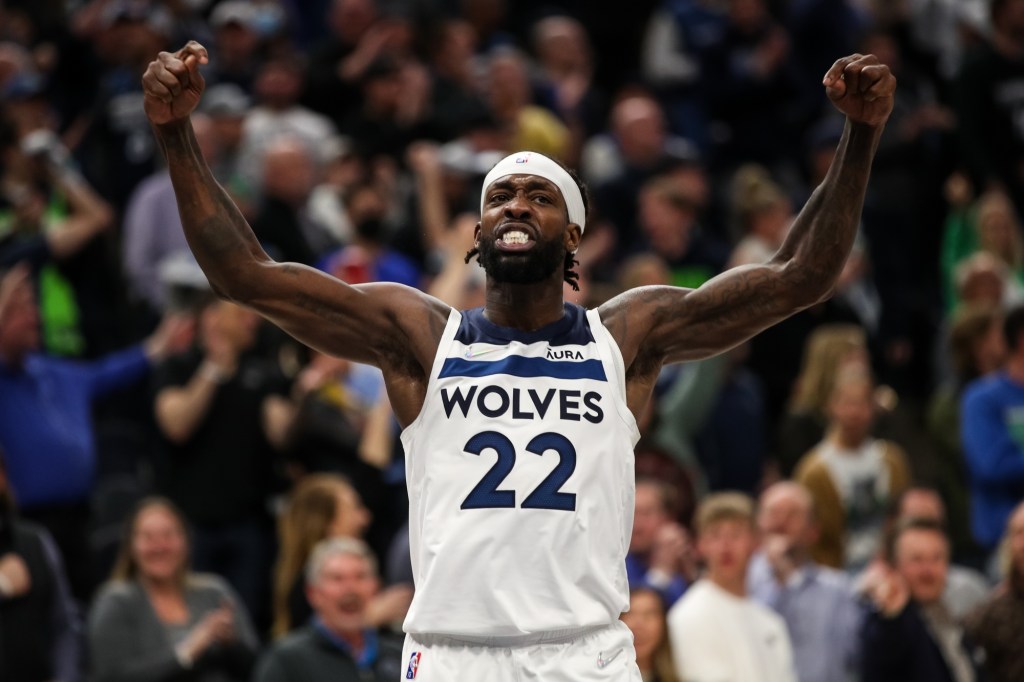 Technically, it’s not an NBA postseason game. It’s not even a win-or-go-home game, though if you lose you can see it from here.

But it feels like the playoffs. And when the Clippers and Timberwolves took the court in Minneapolis on Tuesday night … well, think of it as Game 6, with a twist. The winner moves on, the loser gets one more chance to save its season.

On Tuesday, Minnesota punched its ticket to the actual playoffs, and it only figures that the main protagonist – antagonist? – in the Wolves’ 108-104 victory over the Clippers was a guy with whom they were way too familiar, Patrick Beverley.

More on that later. This play-in round is still a new enough concept that nobody’s quite sure how to deal with it. It’s neither fish nor fowl, not a regular-season game but not recognized by the league as part of the playoffs, even if everyone else does.

The pregame talk Tuesday night followed that pattern. The traditional philosophy is that every possession in the postseason is incredibly crucial, and teams will slow the pace and try to keep the mistakes to a minimum.

But Clippers coach Ty Lue wasn’t sure what to expect from the Timberwolves, who play fast and averaged 115.9 points per game (though just 105.7 in four regular-season meetings with the Clippers, three of which L.A. won).

“It usually slows down” in the postseason, Lue noted, adding: “We’re not sure how they’re going to play tonight.”

Minnesota coach Chris Finch said his team was “going to maintain our identity as best we can,” and noted that while that treasure-every-possession idea was the traditional way of doing things, “I think the Golden States of the world proved that you can still play fast and maintain an identity of playing fast.

“A lot of teams are just playing faster in general. The game is still about chasing easy baskets. It’s still about … of course we know it’s going to slow down at times, but we feel confident we’ve got guys we can throw it to in those situations, as well.”

The wild card, of course, was Beverley. The last the Clippers saw of of their former teammate in playoff mode was getting ejected from Game 6 against the Phoenix Suns last June after shoving Chris Paul in the back, probably the logical conclusion to a game that seemed a combination of the WWE and the movie “Slap Shot.”

“My boy PatBev,” Lue mused before the game. “Hope he doesn’t call out all our plays and everything.”

Nah. That would have been too tame. But the Clippers got the full PatBev Experience as opponents.

He flopped against Reggie Jackson and drew a foul and a “great acting” exclamation from Reggie Miller, which is kind of like Denzel Washington complimenting one’s acting.

He flopped against Paul George and didn’t draw a foul. He embellished while battling for a rebound with Ivica Zubac, his good friend.

He made an off-balance 3-pointer to beat the 24-second clock and give the Timberwolves the lead, except that the officials went back to the video a couple of minutes later and discovered he didn’t beat the shot clock after all.

But the pièce de résistance? That would be the jump ball where he was lined up next to Marcus Morris Jr. and the two started exchanging pokes and jabs like two kids on the playground, intent on nothing more than annoying each other and then yelling, “He started it.”

Originally the officials were going to award double technicals – which in this case would have been Morris’ second, taking him out of the game with 11:07 left in the third quarter.

After thinking it over, they removed the technical from Morris, but Beverley kept his. In retrospect, it was worth it.

“He doesn’t worry about stats,” Lue said. “He worries about winning. He’s a big reason why this team is successful this year.

“You can’t let it get to you, and at times I thought it did.”

George said Beverley’s impact on his teammates is evident.

“They got guys that are a little bit more confident, and his energy and his persona rubbed off – it made an impact on that roster,” he said. “I knew what it was coming into the game, so I wasn’t gonna allow Pat to do his antics and try and get me flustered. I knew it’s all for show, for the crowd, gets the crowd involved.

“I love it. I miss it when he did it on our side, because it’s contagious. When he’s in that mode it ignites the arena. You need guys like that.”

The Clippers, who were 31-5 when leading after three quarters this season, led 93-83 three minutes into the fourth quarter on Tuesday. But the team with limited playoff experience, which was 4-28 when trailing after three and had a horrible night from All-Star Karl-Anthony Towns but great performances from Anthony Edwards (30 points) and D’Angelo Russell (29), put together a 21-5 run in the fourth quarter to turn things around.

There might not have been any more PatBev moments down the stretch, but this victory had his fingerprints all over it, and it was entirely appropriate that he flung the ball to the ceiling, and then flung his jersey into the stands, at the final horn.

And now the Clippers face an elimination game. The guy who left because he didn’t feel the Clippers wanted to pay him enough money? He’s in the playoffs.