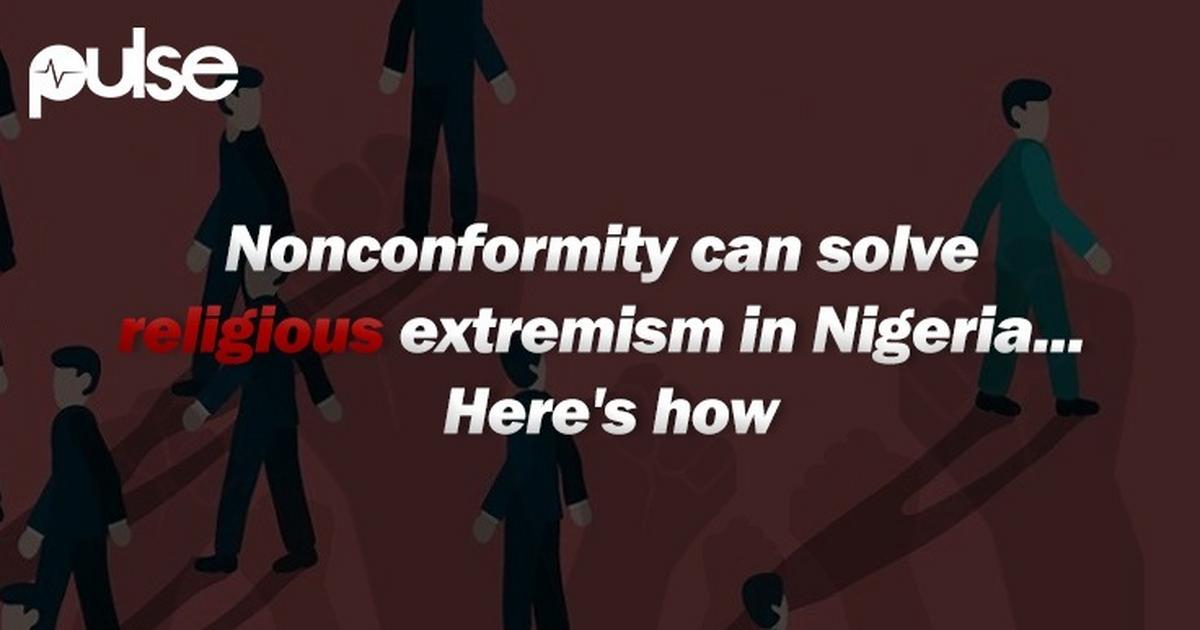 In Sokoto, a christian female was lynched by a mob of her muslim college colleagues for allegedly making blasphemous statements about Prophet Mohammed. Evidence of this incidence went viral as a video of the incidence was shared online. In this very offensive video, youngings involved in the degradation of Deborah Samuel Yakubu bragged on the parts they played while her body flamed up amidst tires in the background.

Dignity is one of the most important things to the human spirit. It means being valued and respected for what you are, what you believe in, and how you live your live. Treating other people with dignity means treating them the way we’d like to be treated ourselves.

The two major religions in Nigeria have both supported dignity of humans (Matthew 22:39; Surah Al-Ma’idah 5:32), yet we still find worshipers violating the God-given human experience in name of who they worship. Religious extremism is any behavior, attitude, or belief outside the norm of religious beliefs or practices. Often, this extremism manifests itself in the form of violence or the creation of smaller groups or cults. No religion is free of extremists; we have also seen atheists degrade humans, via blackmail, to establish their message.

The argument here is that extremist personality traits exists in bare people who may be found in various religions. According to scientists, the extremist mind is a mixture of conservative and dogmatic psychological signatures, combined with impulsive personality traits that seek sensation and risky experiences. They also seek that others conform to whatever they believe to be right.

Extremists in modern day, pressure people, not only in their physical communities, but through social networks and other online platforms. They ostracize, bully, shame and ridicule those who do fail to hold the beliefs which they (the extremists) find acceptable. Presidential aspirant, Atiku Abubakar was threatened by islamic extremists after condemning degradation of Deborah. Weak as his values may be, the aspirant took down his words against the killing of the christian girl.

Extremists have driven conformity in groups and have influenced many other group members to acting a certain way; This is why a mob will rush a 200-level girl, with each of them thinking they are doing the right thing. Realistically imagining, some mob members may have inner dissonance with the act against the christian girl but will rather go with the religious majority so as to not be perceived as nonconformist by their fellow muslim colleagues.

Arguably, Nonconformity would have easily reduced that mob to about 5 extremists, hence identifying the real murder influencers in their numerical minority; numerical strength of any group affects their influence in larger society).

A nonconformist attitude is a lukewarm or antagonistic perspective of religion. Nonconformity is not merely the rejection of things out of the desire to be different, as that is still shaped by an external source (that being the crown). True nonconformity is displayed to the degree that one’s life path and character, are shaped by beliefs and behaviours chosen for authentic and personal reasons. Social and human ethics is then needed to be the belief shapers to make a perfect nonconformist.

Not to say that certain aspects of religion cannot be practiced by nonconformists, but the reasons they are practiced are tied to utility, rather than the desire to be part of the crowd. The nonconformist can easily appear as a rebel to others still blinded in extremism; but even Obasanjo said we could do with more rebellious minds for the growth of the nation.

The reason people fear rebellion is the possible absence of ethical considerations and boundaries, which is valid. But this can be corrected from the roots if kids are inducted into society on the basis of ethics and morality rather than religion. For the future of Nigeria, the up-coming humans should be moulded to be ethical nonconformists; this may be our only hope for restoration of human dignity in Nigeria.

*Pulse Editor’s Opinion is the viewpoint of an Editor at Pulse. It does not represent the opinion of the Organisation Pulse.