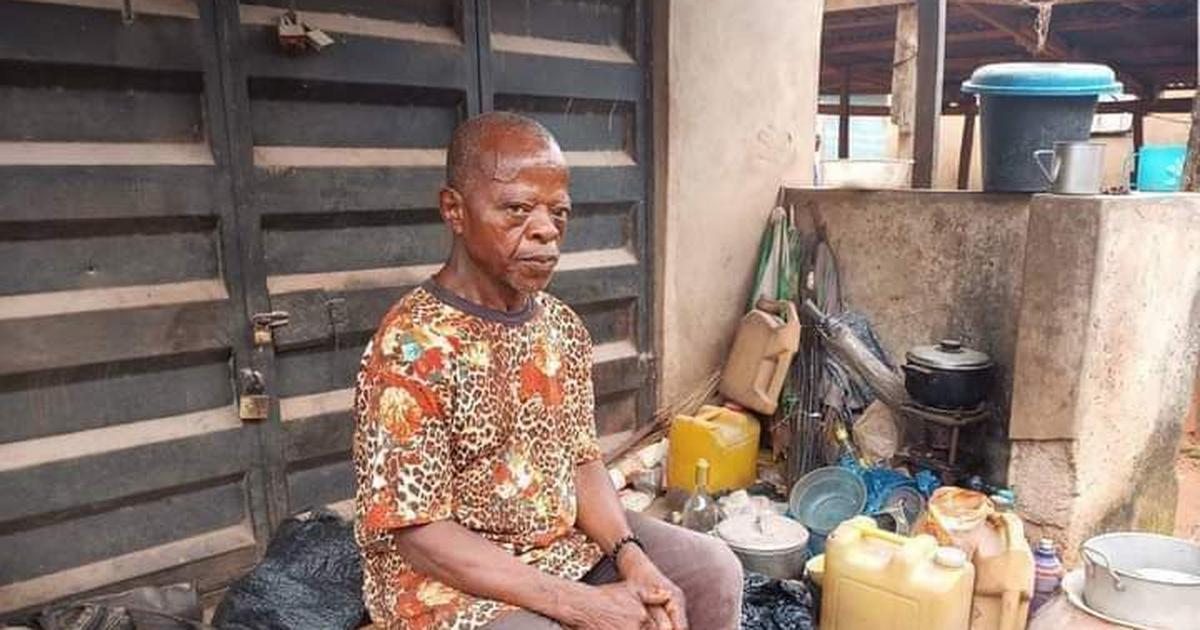 According to a Twitter handler, the actor lives in the dilapidated building after becoming homeless.

Popular for playing comic and ‘red cap’ chief roles, Aguba has been in over a dozen Nollywood home videos.

Since the viral photos, the Actors Guild of Nigeria has come under intense criticism, with disturbed fans questioning the Guild’s mandate.

Last month, the Guild introduced a Trust fund and HMO plan to aid members with health crisis. The Guild unveiled the fund committee led by veteran actress Joke Silva in a statement shared via its president Emeka Rollas.

“We also set up the AGN Trust Fund to help put a stop to the usual alms begging to raise funds to support our members in health crises. This was also to discourage the reprihensible manner some persons publicly gifts nollywood sick members financial aid. We consider these methods very embassing for an Industry that contributes so much to the country’s GDP,” an excerpt of the statement reads.

“To make these supports more civil, donors can mention specific person’s they wish to medically assist whilst depositing money to the Trust Fund account. The Trust Fund is in the hands of trusted Committee headed by Veteran Actor, Joke Silva.”

At the time of publication, Pulse made several failed attempts to reach Kenneth Aguba.