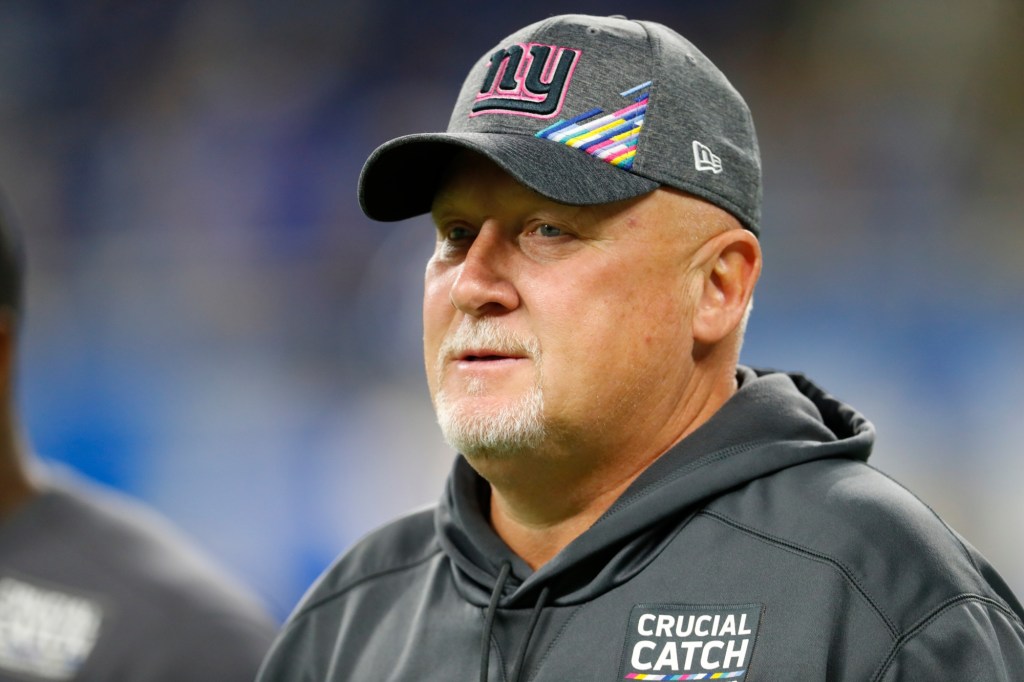 Blaylock, who played under Jerry Azzinaro his first four seasons, is figuring out how McGovern runs things. And midway through spring practice, it’s been all good so far.

“I like him a lot,” Blaylock said. “And it seems like he likes us. He’s always talking to us individually or even as a group. He always encourages us. … I love the energy he brings into the building.”

McGovern takes over a defense that was not one of the team’s bright spots under Azzinaro. UCLA won eight games last season behind an offense that led the Pac-12 last season, averaging 36.7 points per game.

While the Bruins were strong the past couple of seasons defending against the run, their secondary cost them several big plays through the air nearly every game. UCLA gave up 260.2 passing yards per game last season, last in the Pac-12.

In none of Azzinaro’s four seasons did UCLA rank in the top half of the Pac-12 defensively. Azzinaro didn’t answer questions about his performance, either, not speaking to the media at all during his four seasons.

After more than a decade of following head coach Chip Kelly as an assistant from Oregon to the Philadelphia Eagles, San Francisco 49ers and finally to UCLA, Azzinaro was swapped out for another former Kelly assistant in McGovern — who coached the Eagles’ linebackers from 2013 to 2015.

McGovern, who addressed the media after practice this week, said he was still evaluating players and figuring out a system. But on a broad level, McGovern values feedback and communication. Coaches can draw up schemes and break down the film, but the players are the ones actually making the plays.

“You want to have their input,” McGovern said. “They’re the guys out on the field actually doing it. They’ve got a lot of good ideas. We may talk about something up in the coaches’ room, but when we put it in the work on the field, it might be a little bit different than the guys see it.”

McGovern, who has a wealth of coaching experience dating back to 1985, wants his players to feel included in the decision-making process.

“We’re developing relationships,” McGovern said. “This sport, in particular, is a relationship sport. We want to know what the guys feel and what they like. And if they can help us improve the defense, I’m all for it.”

One of the things McGovern has noticed so far in spring practice is the energy of the players, crediting Kelly for establishing a culture where “there’s no game at the end of the week but these guys are practicing hard and giving full effort,” he said.

McGovern said his scheme at UCLA is a work in progress. He’ll collaborate with the rest of the coaching staff, draw on everyone’s ideas and have a better feel for what they’ll run closer to the season.

“I don’t know what was emphasized here last year, but there’s things that we’re emphasizing,” McGovern said. “Everybody’s emphasizing different things or certain things. As we put it all together, it’s taking shape.”

For now, McGovern has made a strong first impression on his new players, making sure they know the “why” in addition to the “what.”

“He’s just explaining everything to us,” linebacker Carl Jones Jr. said. “Letting us understand the whole defense instead of just throwing it at us, walking through different parts and everything. He’s just amazing so far.”

Cornerback Devin Kirkwood said McGovern has begun to regularly crack jokes with him, and has helped him see the game differently. McGovern has walked Kirkwood through changes he’d like to see in coverage and also has constantly been reminding him to “just always forget” about bad plays.

“Sometimes I’m going to get a ball caught on me, but I’m going to win more than I’m going to lose,” Kirkwood said. “So he just tells me to just keep that energy high and keep playing hard.”