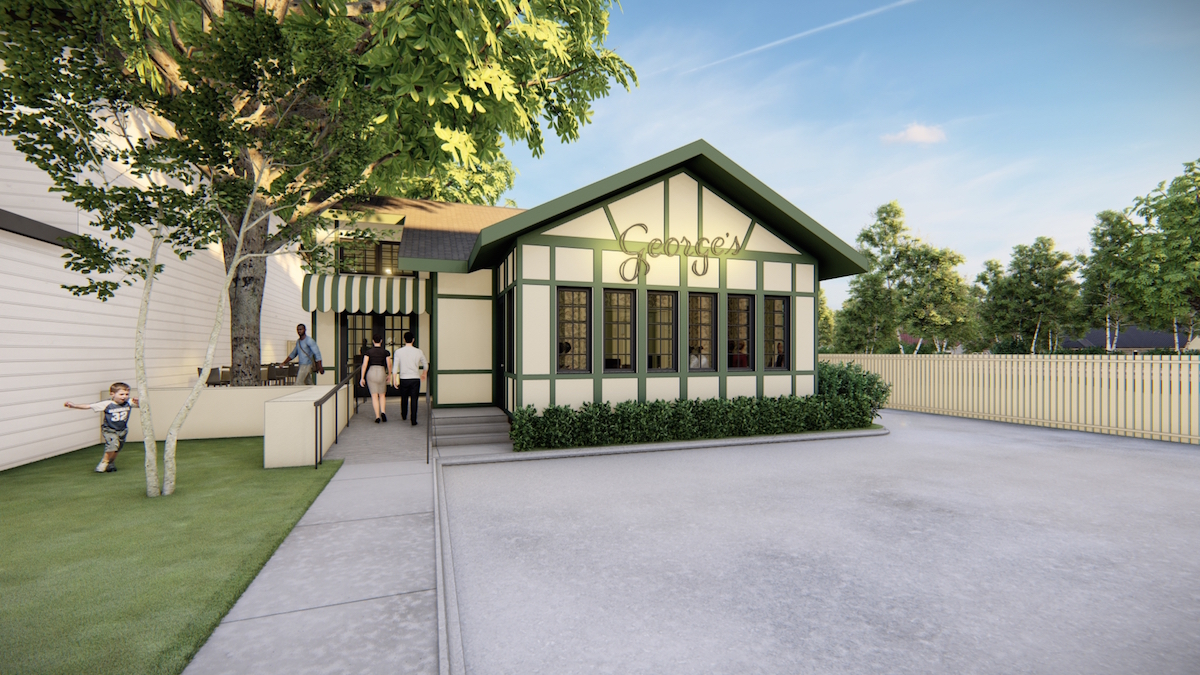 
Little Rock certainly didn’t need one less Italian restaurant and George’s, a new restaurant from Little Rock natives, married couple Mary Olive and John Stephens, will continue the tradition of Italian cuisine in the former Cafe Prego space at 5510 Kavanaugh Boulevard in the Heights. Cafe Prego — the consistent “rustic rundown charmer,” as the Arkansas Times staff once put it, was opened by Louis Petit in the early ’90s on Grant Street in the current Fantastic China location, later moving to the Kavanaugh in the mid-’90s — permanently closed in 2020.

A release from the restaurant said George’s name, decor and atmosphere is inspired by some of Olive and Stephens’ favorite restaurants from travels abroad. It will feature three distinct dining rooms, an outdoor patio and a hidden speakeasy bar. A rendering from the press teases what looks like a full makeover with a green and white exterior design that will “blend into the fabric of the character-rich Heights neighborhood with respect to the original house’s Tudor design.” The menu is said to feature fresh, homemade Italian classics with a local spin.

George’s is expected to open in late 2022. A visit to the website’s homepage says “Opening soon, but not too soon.” Follow the progress here or on its Instagram.