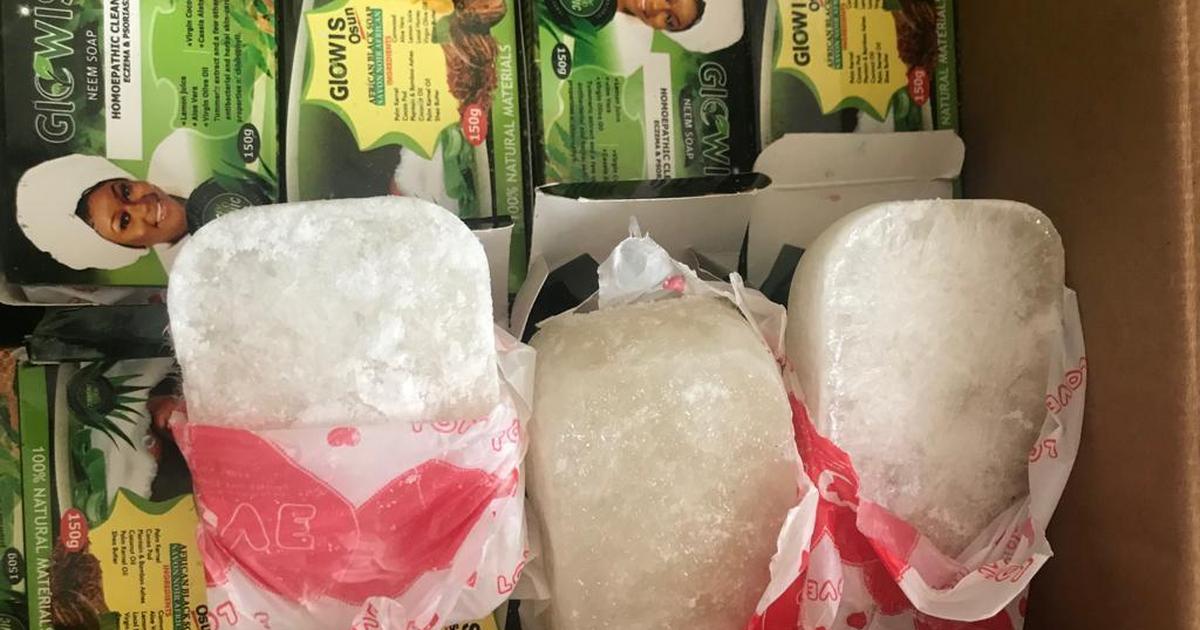 This is contained in a statement signed by the Director, Media and Advocacy, NDLEA, Mr Femi Babafemi, on Sunday in Abuja.

Babafemi said that the arrest was made by the narcotic officers of the Directorate of Operation and General Investigation (DOGI).

He said that the officers intercepted 2.9kg of Methamphetamine in packs of black soup and from a toner machine heading to Australia and Qatar.

He added that they also seized 600 grams of Cocaine concealed in school certificates and file folders going to Australia and Thailand.

“Not less than 25.5kg of cannabis concealed in packs of Dudu Osun soap and tins of palm fruit extracts (banga) heading to China and Ireland were also seized from a courier company in Lagos,” he said.

Meanwhile, 2, 293.324 kilograms of assorted illicit drugs and cash sum of N791,100 were recovered in major raids by the operatives of the NDLEA in Ogun, Rivers and Enugu States in the past week.

Babafemi said that the operatives last Thursday raided the Abuja Water Front of Port Harcourt, Rivers, following information provided by some arrested suspects on their sources of supply.

He said that three suspects: Larry Samuel; Mark James and Happiness Joseph, were arrested at the drug hub with 339.524kg of Cannabis Sativa, Methamphetamine and Tramadol.

“Equally seized was N791,100.00 cash recovered from them while another drug dealer in the area, Uduak Emmanuel, still remains at large.

“In Ogun, a 30-year-old lady, Peace Egidigbo, was arrested with 1,863kg of Cannabis Sativa in Mowe, Obafemi/Owode LGA, on Wednesday.

“Also, no less than 150 blocks of cannabis weighing 90.800kg were seized from the cargo compartment of a bus owned by a transport company along Orji River via Onitsha Express Road, Enugu State, ” he said.

Babafemi quoted the Chairman, NDLEA, retired Brig. Gen. Buba Marwa, as charging the officers and men of DOGI, Rivers, Ogun and Enugu Commands of the agency, to always strive to raise the bar in their operational feats.